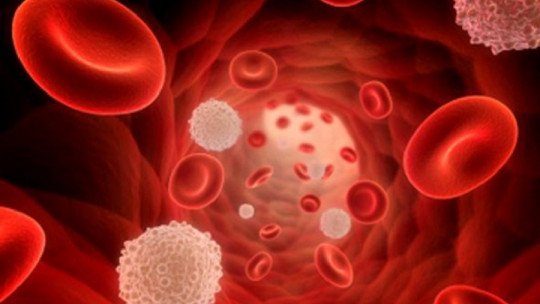 The endocrine system consists of all the organs and tissues in the body, which secrete one type of substance: hormones. Here we will get to know one type of female sex hormones, the estrogens , as well as the different types of estrogens that exist.

Hormones are released into the bloodstream and regulate some of the body’s functions. The main female sex hormones, naturally secreted by the body, are estradiol, estrone, and estriol.

Estrogens are steroid sex hormones, mainly female, although they are also secreted in men (to a lesser extent). They are responsible for the development of secondary female sexual characteristics, such as breast growth.

The different types of estrogen are produced by the ovaries, the placenta (during pregnancy) and to a lesser extent, by the adrenal glands. The hypothalamus-pituitary axis plays an essential role in their secretion. Specifically, in the ovaries are produced in response to signals from the brain and other organs , both in vertebrates and invertebrates.

Chemistry of these hormones

On a chemical level, the oestrogen molecule is based on the structure of phenanthrene (chemical structure type).

Its biosynthesis includes the aromatization of testosterone by the enzyme aromatase. Aromatase is present in many tissues, including fat and brain.

According to their type of synthesis or origin, we can talk about three types of estrogens:

They are the ones segregated by the body itself. The most important ones: estradiol, estrone and estriol .

These are steroids derived from oestradiol. There are three different ones:

They’re not steroids, and they’re active by mouth. They take on some chemical similarity to steroids and are able to activate the potent estrogenic receptors , so they are very useful thematically. There are three main ones:

Mechanism of action and functions

In humans (and in all vertebrates), the three main natural estrogens are estrone, estradiol and estriol. Of these three, estradiol is the most potent, as it has the greatest affinity with estrogen receptors.

These three main estrogens are mainly secreted by the developing follicles in the ovaries, corpus luteum of the placenta, adrenal cortex, brain, testicles, liver and fat tissue .

But how do estrogens operate in the body? The mechanism of action of estrogens has to do with the nuclear receptors on the cells. Their function is to regulate gene expression, as well as to promote the synthesis of specific mRNAs (messenger RNA).

In addition, estrogens induce the synthesis of receptors for the production of progesterone in cells of different tissues.

Effects on men and women

The effects of estrogens are also noticeable in prenatal and postnatal development, in both men and women . Thus, the specific relationship between estrogen and androgens (male sex hormones) is needed for the differentiation and proper formation of the reproductive organs. If this relationship is disturbed, the reproductive organs may develop incompletely or abnormally.

In women, the function of these hormones is to prepare the uterus to accept the fertilized egg , as well as to help with pregnancy and lactation. One author, Hileman (1994), proposed that estrogens decrease the risk of heart attacks and osteoporosis, but increase the risk of breast and uterine cancer.

In men, estrogens regulate spermatogenesis (sperm synthesis) in the male reproductive system. However, if the concentration of oestrogen in men is high, it can inhibit sperm production.

At the pharmacological level, estrogens have diverse actions. These actions can be specific (when they act in specific places of action, for example in the breast, genitals, vagina, tubes,…) or non-specific (for example in relation to prolactin, thyroid, adrenal,…).

Let’s look at some examples of non-estrogen specific pharmacological actions:

Estrogens increase the synthesis and release of prolactin , a hormone that stimulates milk secretion, especially when a woman is pregnant.

The thyroid gland is an endocrine gland that regulates the body’s metabolism and sensitivity to other hormones . In this case, estrogens at low doses increase its activity (hyperthyroidism), and at high doses, inhibit it (hypothyroidism).

The presence of estrogens increases protein anabolism, that is, the synthesis of proteins from amino acids .

Some of the different types of estrogen also promote blood clotting. Coagulation involves the blood turning into a gel to form a clot.

Depending on whether there is an excess or a low concentration of estrogen, we can find different adverse effects in the body:

Some of the adverse effects of high estrogen concentration are increased cervical mucus (cervical discharge in women), as well as an increased size of the uterus. Excess oestrogen also causes hypermorrhoea (very heavy menstrual bleeding at regular intervals) and dysmenorrhoea (pain before menstruation).

One possible cause of exposure to high concentrations of estrogen is drug treatments used for hormone replacement, menstrual cycle regulation or contraceptive methods.

2. By decrease in concentration

Estrogens, in addition to contraceptive treatments in humans, are also used in hormonal therapies with animals (cattle for food production, and domestic animals).

Some of its therapeutic purposes are: the use of estradiol to induce and synchronize the estrus period in cows, or estriol for the treatment of urinary incontinence in bitches.