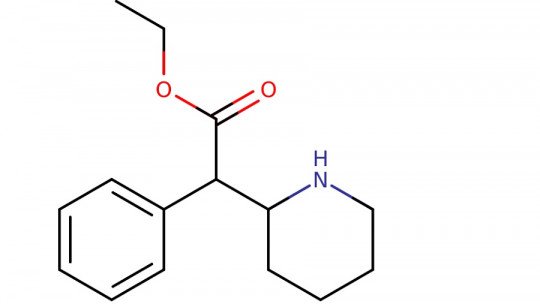 Ethylphenidate is a substance with stimulant effects that generates in the user a series of effects such as euphoria or improvement of mood, characteristic of other exciting drugs such as amphetamines or cocaine.

In this article we explain what ethylphenidate consists of and what effects it causes , what its mechanism of action is and the doses used, as well as the contraindications and side effects after consumption.

What is ethylphenidate and what effects does it have?

Ethylphenidate or ritalinic acid ethyl ester is a stimulant compound of the piperidine group. This drug has been considered as a “research chemical” (which we will discuss later), a research chemical that is not controlled by the authorities and that, being analogous to others that are, can be considered for legal use. At least until recently.

Although it is a closely related analogue, it should not be confused with methylphenidate , a medication commonly used to treat attention-deficit hyperactivity disorder (under the brand names Ritalin or Concerta, in its long-acting version).

Normally, this drug is used in recreational contexts (as an alternative, sometimes, to other prohibited stimulant drugs, such as cocaine) in search of effects such as euphoria, alertness, elevation of mood or improvement of social skills.

Mechanism of action and dose

The most common routes of administration of ethylphenidate are the nasal route (snorting) and the intravenous route, although it can also be consumed orally, by smoking or rectally. The intravenous route produces the most powerful and immediate effects, while the nasal route is the most common in recreational settings, attenuating the stimulant “high” and prolonging it over time.

The ethylphenidate acts by inhibiting the presynaptic reuptake of amines, through the inhibition of monoamine transporters (such as the dopamine and norepinephrine transporters), thus increasing the level of these neurotransmitters in the synapses and the brain.

This substance has greater dopamine selectivity , with a 16-fold affinity for dopamine transport proteins than for norepinephrine, which seems to indicate that it generates a greater euphoric effect, as well as less anxiety and fewer sympathomimetic effects (such as elevated heart rate or blood pressure) than its analogue methylphenidate.

The usual doses for intranasal playful use are usually set around 25 and 50 mg, and from 50-75 mg as the strongest dose, also increasing the adverse effects.

There is also a less recreational consumption that is more focused on work or artistic production in which the user is re-dosed every three or four hours, with oral doses of between 2 and 5 mg, in order to take advantage of the stimulating effects (very similar to those of one or two coffees) without the side effects that would be expected from higher consumption patterns or doses.

The consumption of ethylphenidate and, in general, any psychostimulant substance that has sympathomimetic effects (that acts as an agonist of the sympathetic nervous system) is contraindicated in people who suffer from any of the following conditions :

Side effects and adverse reactions

Ethylphenidate, as well as its stimulant analogue compounds can cause a series of adverse or side effects in those who consume it , which would be the same as those produced by consuming methylphenidate.

However, being a relatively new substance, the effects of its continued and long-term use are not yet fully clear , so caution is always called for in this regard.

It should also be taken into account that as a recreational substance, intranasal use can cause damage to the nostrils or bleeding.

However, among the most common side effects are the following :

These substances appear on the drug market at a given time and are usually new in their availability, their mechanism of action or their synthesis. Many times, the clandestine chemists who manufacture these new molecules are based on already known drugs and what they do is modify their chemical structure to attenuate or enhance certain desired effects.

Many of these compounds were and are now sold on websites in Asian countries, under strange trade names and in the guise of “bath salts” or incense, always under the label that they are not suitable for human consumption, so that sellers do not have legal problems in certain countries.