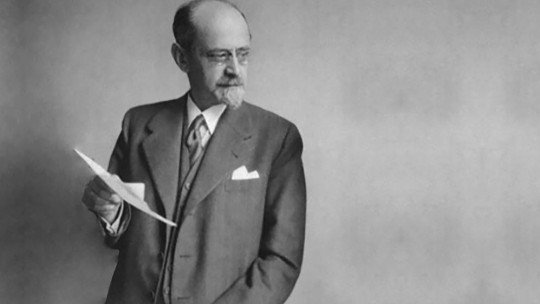 Who was Eugène Minkowski? He was a renowned French psychiatrist and philosopher of Polish Jewish origin, born in 1885 and died in 1972. He is known above all for having incorporated phenomenology into French psychopathology and psychiatric knowledge.

In this article we will briefly review his biography: origin, personal life, academic and professional career, contributions to the field of psychiatry and philosophy, some of his works, death and legacy.

Eugène Minkowski: who was it?

One of the greatest specialists in psychopathology in France, Eugène Minkowski (1885-1972), was also one of the most renowned French psychiatrists in the world . He is also considered the founder of psychiatric phenomenology, together with Otto Binswanger, an important Swiss psychiatrist and neurologist.

Specifically, on November 25, 1922, his study called “A case of schizophrenic melancholy” was presented at the 63rd Day of the Swiss Society of Psychiatry (Zurich), as well as a report on phenomenology by Binswanger. These contributions were key to calling Eugène Minkowski and Otto Binswanger the fathers of psychiatric phenomenology.

Eugène Minkowski’s ideas began to spread beyond Switzerland and France, and in 1958 they reached the United States, thanks to two other authors: Henri Ellemberger and Rollo May.

In his childhood, he turned out to be a brilliant student, and stood out for his interest in the political and social field.

Eugène Minkowski’s family returns to Warsaw with him. In those years (1905), Minkowski was uncertain about what studies to take (whether mathematics, medicine or philosophy); finally, however, he ended up studying medicine at the Warsaw faculty with his older brother, Mietek. His choice has to do with his sensitivity and vocation to help people.

Minkowski finished his studies in 1908 and moved to Munich . A year later he returns to Russia, specifically to Kazan. There he meets Rorschah and Françoise Trockman, his future wife, whom he marries in 1913. Françoise Trockman is a psychiatrist, also Jewish, and daughter of Poles in Russia.

Françoise’s professional interests and concerns are similar to those of Minkowski. Françoise also makes great contributions, one of which is the introduction of the Hermann Rorschach test in France.

Another interesting fact about Minkowski’s career is that he was a student of Eugen Bleuler, a well-known Swiss psychiatrist. Specifically, Eugène Minkowski and Françoise Trockman, during the First World War, took refuge in Switzerland, where they did an “internship” in Eugen Bleuler’s clinic (specifically in Zurich). The couple flees to Zurich with Minkowski’s brother: Mieczysław.

It is at the Bleuler clinic that Minkowski, as a clinic assistant, has the opportunity to think about whether he wants to specialize in psychiatry. Bleuler influences Minkowski, who is very interested in the clinical practice of the former. Another author who influences him is Karl Jaspers; through his (and other) influences Minkowski tries to synthesize some knowledge of psychiatry and philosophy.

Later, in 1915, the couple settled in Paris. There, Minkowski works at the Ville-Évrard asylum; he also begins an investigation into “the essential elements of time and their quality”. Minkowski then enlists as a military doctor in the French army, where he stays for two years on the front line.

In 1925 Eugène Minkowski, Françoise Trockman and Paul Schiff founded the group “L’Évolution psychiatrique”. It was a society through which a journal of the same name was created, and which allowed the introduction of phenomenology and psychoanalysis in France.

As we have seen, Minkowski is known in the field of psychiatry for introducing phenomenology into psychopathology . Currently phenomenology is considered a philosophical school, which analyzes the observable phenomena and tries to explain the being and its consciousness.

Another contribution of Minkowski was the notion of “lived time”; with this name he baptized one of his great works, where he reflected his knowledge about phenomenology and psychopathology.

One of the great contributions of Eugène Minkowski was his reflection on schizophrenia . The psychiatrist considered schizophrenia as a “problem générateur”, that is, as a generating disorder; he maintained that schizophrenia implied a loss of vital contact with reality, as occurs with autism.

According to Minkowski, schizophrenia was produced (textual words): “by a deficiency in the sense of time and intuition, and by a progressive hypertrophy in the understanding of spatial factors”

If we go a little further back, we see how Minkowski tries to introduce phenomenology into his field of research on psychopathology and mental disorders. Thus, Minkowski tries to explain the experience of some patients (with schizophrenia, for example); specifically he focuses on those who suffered from distortions in two areas or elements: time and space.

Thus, in 1927, Minkowski published his first research on the psychopathology of schizophrenia. To carry out this research he is influenced by Bergson. He calls his work “La Schizophrénie”. This is the first book on schizophrenia written in French.

In addition to his books, Eugène Minkowski published a large number of other very diverse articles, which can be found in French, English, German, Spanish and Polish.

Eugène Minkowski died in Paris on November 17, 1972 , at the age of 87. He died accompanied by his daughter and a few close friends.

Minkowski’s legacy is of great importance, especially for the field of psychopathology and phenomenology, and his contributions continue to be studied in medicine, psychology and other related sciences.