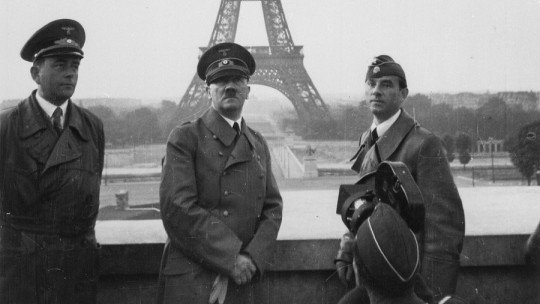 Since time immemorial, human beings have tried to improve what nature had given them, for good and for bad.

Eugenics is an idea that argues that humanity should take control of its own evolution, selecting those individuals who, by reproducing themselves, will bring about a qualitative improvement in society.

In this article we will address the eugenics postulates, explaining what eugenics is , as it has been carried out throughout the last century and its social implications.

The word eugenics is composed of the Greek roots eu, “well, right” and genia “origin”. Thus, means “the science of good birth” . In essence, it is the science that originated at the beginning of the 20th century that defended that human beings should take part in their own evolution. The idea was that governments, through laws of biological perfection, should improve the qualitative characteristics of society.

The followers of this trend wanted an ideal world, a utopian society in which, thanks to the selection of those with the best characteristics and encouraging their reproduction, there were no diseases of genetic origin, psychological disorders, disabilities or social problems.

Although the idea is appealing as it stands, the truth is that doctors, psychiatrists and other health professionals, along with the scientific community of the early last century, carried out terribly immoral practices to achieve the much-desired perfect society.

Many considered that not only should the reproduction of those with characteristics beneficial to humanity, such as great physical strength, great intelligence and good health, be encouraged. Those considered inferior should also be prevented from reproducing .

The concept of the inferior person was clearly very subjective and not scientific, but moral. The category included both people with disabilities, psychological disorders and illnesses and, in some cases, criminals, prostitutes or people of a different race than Caucasians.

Thus, based on what has been explained so far, we can talk about two types of eugenics :

Eugenics ideas have deep roots in Darwin’s theory of evolution. The naturalist, at the end of his life, was concerned with the belief that in the society in which he lived the laws of natural selection were not being followed. Francis Galton, his cousin, took his ideas and, in 1903, created the idea of eugenics .

Concern for the evolution of humanity made the eugenic doctrine very popular in Europe and the United States. Great philanthropists, like Rockefeller and Carnegie, supported institutions of this kind. In the early twentieth century, encouraging the strong to reproduce and preventing the weak from doing so was seen as a great step toward the perfect society , and there were even those who saw it as the beginning of the process of achieving the longed-for welfare state.

Many eugenicists argued that if people with hereditary problems stopped reproducing , there would be no more new generations of people who would incur social costs . Less spending on people who did not benefit society meant being able to allocate those resources to those who could work or offer something to the world.

These ideas gained greater social recognition and partnerships began to be created to ensure the application of eugenics under a Darwinian perspective. It was feared that humanity would degenerate .

In 1905 the first eugenic organization was founded in Berlin: the Society for Racial Hygiene, headed by a physician, Alfred Ploetz, and a psychiatrist, Ernst Rüdin. Two years later, in the United States, the first sterilization laws were passed . These laws were intended to sterilize all those who were considered harmful to society: the disabled, the maladjusted, criminals

One of the great figures in American eugenics was Harry Laughlin, who in 1914 estimated that some 15 million U.S. citizens, about 10 percent of the country’s population at the time, should be sterilized. He argued that doing this would save a great social cost.

Several years later, Adolf Hitler was inspired by the ideas linked to eugenics to write his famous book Mein Kampf (My Struggle) and systematically put eugenics into practice already in the early years of Nazi Germany.

At first, Nazism sterilized those individuals considered inferior, but eventually it turned into the great genocide of the Holocaust, in which Jews, Jehovah’s Witnesses, Gypsies, the sick, the disabled, and many more were executed “for the sake of the Aryan race.

Despite the fact that after the end of World War II in 1945, the Nazi eugenics plan was ended when Germany was defeated, it is surprising that such laws continued to exist until relatively recently in other Western countries.

The Nordic countries and several US states maintained laws of sterilization of those they considered mentally weak until almost the end of the last century, and today one can find hundreds of victims of these laws who still claim justice.

In the society in which we live, preventing someone from reproducing is a violation of their right to sexual and reproductive freedom . That a person suffers from a certain condition is not sufficient reason to force her to be sterilized and to prevent her hereditary problem from being passed on to the next generation.

However, humanity still wishes to reach a society where these types of diseases and other disorders do not exist, since many of them are limiting, require a great deal of economic expenditure and entail great suffering for both the person affected and his or her environment. This has favoured research into the selection and manipulation of genes, perfecting genetic engineering .

For several years now, we have been able to prevent children from suffering from the same diseases as their parents, and we are getting closer to making some diseases of genetic origin disappear, such as certain types of cancer, diabetes, or blindness, among many others.

It seems that the utopian world presented in Andrew Niccol’s film Gattaca, in which there are no longer people with problems of hereditary origin and parents can select on demand what their children will be like, is not as far away as we might think.