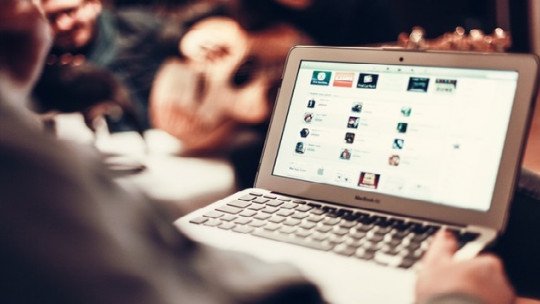 There has been much talk about whether or not the Internet and new technologies keep us isolated. This is natural, considering that the image of someone paying full attention to a screen is very iconic and striking.

However, there is a debate that has opened up more recently: can social networks such as Facebook jeopardise our love relationships, regardless of whether or not we break the rules we have set with our partners?

Some research, such as that published in the journal Cyberpsychology & Behavior, points to the possibility that Facebook is acting as a motor for couple conflicts and episodes of jealousy that would not appear if this social network did not exist. Let’s see the reasons that could make this happen.

The seed is insecurity, in social networks

Insecurity and poor self-image are, in themselves, ingredients that can lead to very intense partner crises . Not having too much confidence in oneself can also make you lose confidence in others, leading you to think that because they are above you they will take advantage of the opportunities they have to deceive you.

In the case of relationships the same thing can happen, but with an added problem: the fact of distrusting others and feeling insecure or unsafe , and the stereotype of couple roles as a relationship dynamic in which one has to control the person one loves, can make a false sense appear that one has legitimacy to try to control the other person. Of course, this not only damages the relationship, but leads to actions that infringe on the couple’s freedom and causes them suffering that cannot be justified.

What does Facebook have to do with this? Well, basically, that this social network can be an enhancer of insecurity, anxiety and distrust.

On the one hand, Facebook floods us with information about the other person. Information that we probably would not have “discovered” in a context of face-to-face interaction with the other person, but which is also tremendously ambiguous, as it is not in context.

The fact of having a lot of information that is, moreover, insufficient to understand what it refers to, can be the bomb that detonates all insecurities and promotes distrust, because forces us to mentally complete the incomplete data that reaches us … which does not always lead us to pleasant conclusions. Somehow, the fact that the most pessimistic and alarming explanations lead to greater excitement and emotional charge makes the nicest hypotheses look eclipsed and lose their prominence: they may be the right ones, but… what if they are not?

Some examples of couples who break up

In a study published in 2011 in Anthropological Quarterly you can see some examples of how insecurity and incomplete information can lead to love conflicts. In this research, a series of interviews were carried out with several people who have declared that Facebook has been harmful to their relationships (some of them even deleted their profile on this social network for that reason).

Some of the answers given refer to photographs, which most of the time appear in context for most people. This leads to thoughts such as: “when and where was this photo taken with her” or “why did she stand next to you to have her photo taken”. You can also think about the fact that the person in question still has an attachment to his or her former partner or interacts with one of his or her publications, and it can even cause anxiety to see that the other person knows and interacts regularly with someone unknown who we find very attractive or appealing.

These are situations that by themselves do not lead to distrust, but can give rise to a dynamic that forces people to consider all options in order to fill in the missing information. And, as soon as the first pessimistic explanation appears, doubts already appear: rationality and Ockham’s knife have little power in the face of irrational fear.