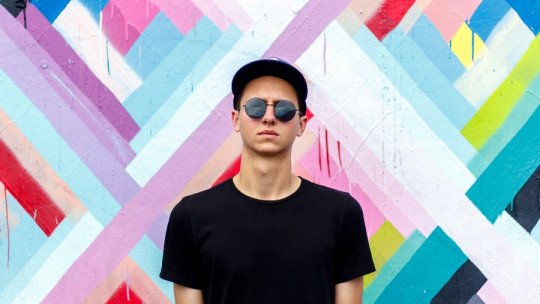 Failed acts are errors in behaviour and cognition , including memory or spoken and written language, which according to the classic approaches of psychoanalysis provide information about the unconscious processes of the person who commits them.

In this article we will describe what parapraxies are, what types exist according to Sigmund Freud and how they are given meaning from traditional psychoanalytic practice.

What is a failed act?

Parapraxias, also called failed acts, Freudian slips or lapses, are failures in speech, actions , memory, reading or writing that, according to Sigmund Freud and other later psychoanalysts, reveal an interference of the unconscious part of the mind in manifest behaviour.

Some examples of common failures include forgetting to respond to an email regarding a job interview that doesn’t convince us, mistakenly saying a word of sexual content to a person we are attracted to, and calling our current partner by the name of a former partner.

The word “parapraxis” comes from a translation of the word “Fehlleistungen”, used by Freud himself . The Greek word means “another action”, while the German word can be translated as “wrong action”.

The first failed act recorded by Freud was that of a young patient who forgot a word when quoting an excerpt from The Aeneid. The therapist determined through word association that the man associated the term with blood, and hypothesized that he had unconsciously blocked it to avoid remembering a traumatic event related to it.

Freud’s theory, and therefore psychoanalytic practice in general, is based on the belief that it is possible to infer conflicts and repressed unconscious impulses from many actions and experiences in which this structure of the mind is involved.

Not only dreams are susceptible to be studied as manifestations of the unconscious; according to psychoanalysis, in many cases we can detect similar elements during vigil . Some cases are parapraxias, neurotic symptoms, defence mechanisms or the method of word association.

Freud wrote that since failed acts also occur in people who do not show any kind of psychopathology, they can be considered a sign that unconscious processes exist also in those who do not suffer from neuroses or other psychological disorders.

Although on some occasions the psychoanalytic hypothesis seems to be correct, it should be kept in mind that frequently this type of error may be due only to factors such as fatigue or chance. Let us remember that even Freud himself stated that “sometimes a cigar is just a cigar” when he was called to attention to his own habit.

Freud described four types of failed acts : the verbal ones, or linguae lapses, those of writing and drawing (calami lapses), those of listening and reading comprehension, and memory blocks motivated by unconscious factors.

Below we will describe the main characteristics of each of them.

Linguistic slips are the most common failed acts and also the best known by people in general ; for this reason it is very common that the word “slip” is used to refer exclusively to verbal parapraxies.

Verbal slips by famous people are very popular on the Internet and on TV. For example, Mariano Rajoy, Spain’s Prime Minister, told the leader of the parliamentary opposition in 2016: “What we have done, which you have not done, is to deceive people”.

2. Graphics (slip of the tongue)

Slips of the tongue, as failed acts in writing or other graphic manifestations are called , work in a very similar way to verbal ones. Like these, in many cases they can be explained by a decrease in the level of attention or alertness, as well as by other similar factors.

The concept of “calami lapses” is close to that of manus lapses. It is used to refer exclusively to written errors and is therefore more restrictive.

3. Of listening and reading comprehension

This type of failure consists of misunderstanding something we have heard or read . It is relatively common for this to happen at times when we are afraid that our interlocutor will mention a specific matter, but also when there is simply a term that is very present in our mind.

Symbolic or motivated forgetfulness is a type of failed act that has attracted special attention from psychology . It is not uncommon for people to forget to go to medical or professional appointments that generate a particular rejection, as well as to carry out tasks that do not arouse their interest.

In many cases, memory lapses are manifested in spoken language; thus, not being able to remember the name of a person we do not want to think about during a conversation would be an example of symbolic forgetfulness.