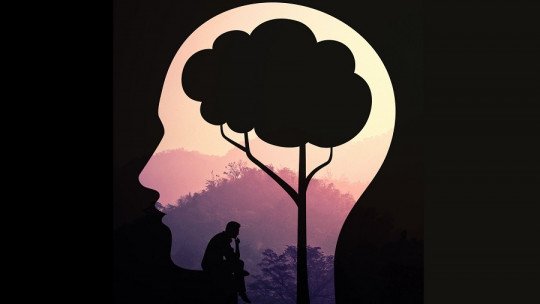 “That’s true because I remember it perfectly” is a much used argument that we usually take as valid without discussion. But then, why do different people have different memories of the same event if our memory is infallible?

The answer is clear, our memory constantly deceives us . The brain takes shortcuts to save itself time and energy, and this leads it to make certain mistakes that can sometimes have consequences.

These “shortcuts” in the brain can cause memory failures and give rise to so-called “false memories” , which can appear both spontaneously and induced, and are characterized by the fact that a person’s memories are altered or even generated from nothing, being inconsistent with reality.

The phases of memory creation

To begin with, we must be aware that our memory is not as precise as we think and that, during the process, alterations can occur. In order to create a memory, different phases must take place.

1. That an event occurs and our attention is focused on it to some extent

First, an event occurs (both internally and externally) and our attention is focused on this (totally or partially).

Once we look at that event, we try to process it . It is in that moment when a filtering and restructuring begins, since that objective reality is going to be altered by our cognitive processes, our stereotypes, preconceived ideas…

For example, if I have just seen a scary movie and I walk down the street at night with no one with me, I am more likely to detect shadows as possible threats.

We have already processed the event and generated a certain degree of distortion, but when “recording it in our memory” there are usually gaps, some large and some smaller.

To save us effort, our brain tends to fill in those gaps with plausible information that still fits with the preconceived ideas we had, or influenced by external sources. Once recorded in the brain, that information is just as “real” as what has actually been perceived.

The next step is to evoke memories, that is, to retrieve that information after it has been stored. There are things that our brain “erases”, so we can only recover what has been consolidated in our neural networks.

But here another big filtering and restructuring can happen. From among those memories that can be mixed from the beginning, now part of them is brought back to “the light”, and with this raw material the gaps that can be generated in the course of time are filled again. And again, memories can be influenced by external sources or simply by our ideas .

At this point, we must pay special attention to the way in which the need to evoke something arises: it can be by seeing, hearing, smelling, tasting or touching neutral elements that have some relationship between them, or it can be done by exposing ourselves to questions, for example. In the case of questions, they can be biased, so that they already condition the answer and our brain; this simple stimulus can modify the gaps in our memory in an unconscious way.

This process of memorizing and evoking an event can happen multiple times , and this may cause it to keep altering, or there may come a time when one of the “versions” is fixed, giving it as absolutely true.

The appearance of false memories

With all this process, we see that there are different aspects in which our memory may not be as reliable as we thought . From the moment we receive and interpret the information, through the storage and finally the exposure of the memory, it is modified. This alteration may be involuntary and spontaneous, or, on the contrary, it may be externally induced.

If an idea is repeated repeatedly, if alternative versions are presented that are similar but consistent with the facts, if a question is conditioned to force a type of response… all this can alter the already intrinsically unreal information that we call memory.

False memories”, are keys to understanding individual differences between people on a cognitive level, and being aware of this can help us understand why we remember things differently .

Understanding how memory works is a basic aspect for any psychologist, both for the resolution of interpersonal conflicts and for treating phobias, traumas, etc. For example, in the case of traumas, we may not remember something because our survival mechanism is protecting us, and this memory comes to our mind later evoked by something that is related.

This can cause a great deal of disturbance in the person, and if the psychologist knows how the memory works, he or she will make an already very complex treatment easier. In the aspect of interpersonal conflicts, many times we tend to think that the other person “remembers what they want” or that it is the others who distort reality, and the psychologist can give us knowledge to understand why these discrepancies happen.