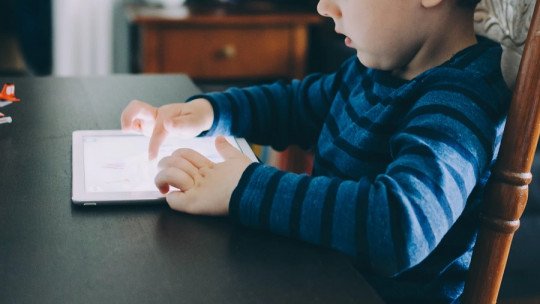 Impulsivity is a characteristic present in several disorders, such as Attention Deficit Hyperactivity Disorder (ADHD). In this article we will talk about the Family Figure Matching Test , a test to evaluate the cognitive reflexivity-impulsivity style in children and adolescents.

Kagan was the one who started talking about the reflexivity/impulsivity style in 1965. The test is based on the errors made by the subject and the response latency (time taken to respond). We will know all its details and what it is used for.

The MFFT (Matching Family Figures Test) was developed by E.D. Cairns and J. Cammock, although it was Kagan who first spoke of the cognitive style of reflexivity-impulsivity in 1965. The MFFT evaluates this style in children and adolescents .

The reflective-impulsive style is a continuum with two opposing poles at its ends: reflection and impulsivity . Between the two poles, the number of errors made by the subject (ranging from imprecision to accuracy) as well as response latencies (from speed to slowness) will oscillate.

What is the test?

The Family Figure Matching Test is a perceptual matching test. It consists of 12 items or tests . Each one is characterized by the simultaneous presence of a familiar pattern for the child (e.g. glasses, bear,…) and six different options of the child.

The comparison stimuli are different from each other and from the model only in small details. Only one option is equal to the model. The subject must choose the one that is identical to the one in the drawing (he has six chances for each item). In case of error, the subject is given the correct answer and moves on to the next item.

During the administration of the test, the following are recorded: the average response latency time and the accuracy of the answers (number of errors made). Thus, a pattern of short response latency, together with a high error rate, is indicative of impulsivity .

Thus, the variables that serve to operationalize the reflexivity-impulsivity style are those mentioned: the number of errors and the response latency in tasks with uncertainty.

The scope of the test is children from 6 to 12 years old. It is of individual application, with a duration of between 15 and 20 minutes . It is standardized in samples differentiated by sex and age. The material to be used is a notebook with the elements, a sheet of paper, pencil and stopwatch.

Some authors question the reliability and lack of adequate standards for adolescents. In addition to the original form, there is a longer one, with 20 items (MFFT 20), also developed by Cairns and Cammock.

As we have seen, the Family Figure Matching Test is intended to evaluate this cognitive style, defined by Kagan in the 1960s.

According to Kagan, this style refers to the characteristic way in which a child faces tasks defined by uncertainty , that is, by the presence of several alternative answers, one of which is the correct one. Let’s see what each pole of this style consists of:

The person with a reflective style, will spend more time answering and make fewer mistakes .

The impulsive style is characterized by a low response latency (they take little time to respond), and a high number of errors.

On the other hand, according to Servera (1992), one third of the subjects that make up the sample used in reflexivity/impulsivity investigations, are composed of two types of subjects (that also form opposite poles):

They are subjects who invest little time in the task and who make few mistakes.

They spend a lot of time answering and still make a lot of mistakes.

In addition to the cognitive styles discussed at a general level, at a more specific level the Family Figure Matching Test explores analysis of visual patterns and the subject’s attention to detail , as well as the inhibition of impulsive responses.