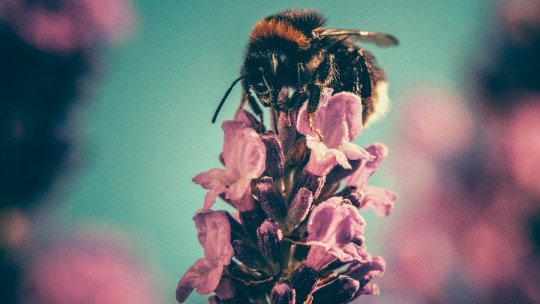 Bee stings can be painful and unpleasant, and nobody likes to get one . However, some people develop an irrational fear of these insects, which causes them tremendous discomfort and anxiety in their presence.

The mere sound of a buzzing noise can cause a state of panic and fear so intense that the person wants to leave the place immediately as a result of irrational thoughts. This extreme and unrealistic fear is known as apiphobia, and in this article we will delve into its symptoms, causes and consequences.

The word apiphobia comes from the Latin word “apis” which means bees, and from the Greek word “phobos” which is translated as fear. This phobia is also known as melisophobia, because bee in Greek is “melissa”.

Apiphobia is a phobic disorder and therefore an anxiety disorder . Its main symptom is extreme fear, discomfort and anxiety, which cause the person to try to avoid bees at all costs. This phobia is often related to the fear of other flying insects such as wasps or hornets.

Many people have been stung by these insects or have family or friends who have been stung on their own meats. But the sting, which can be painful, does not pose a health risk unless the person being stung is allergic or is being stung multiple times at the same time.

Apiphobia is not necessarily a serious problem for the person, especially in cases where there is hardly any contact with bees or wasps. However, it is necessary to see a specialist in cases where these symptoms persist and affect the life of the subject . For example, it can be a serious problem for those who live near a forest or their neighbour has a beehive. In such circumstances, their apiphobia needs treatment.

Like other phobias, this condition is usually directly associated with a previous incidence with bees. In other words, a traumatic event. The most frequent cause is being stung by bees, which can lead to learning irrational fears through classical conditioning, a type of associative learning that we explain in our article: “Classical conditioning and its most important experiments”

This phobia usually develops in childhood, although it can occur at any age.

However, there are other possible causes that have nothing to do with being stung by a bee or wasp . For example, when someone in our environment has been stung. When this happens, apiphobia can be acquired by vicarious conditioning. In addition, since we are small, we are taught to be afraid and to stay away from bees, this extreme behavior can lead some people to develop irrational beliefs about these insects. Television and movies also influence the development of these beliefs.

Some experts also claim that we are biologically predisposed to suffer from phobias, as this emotion has served the human species to survive for centuries. This has meant that phobias do not respond to logical arguments, but are primitive and non-cognitive associations.

Symptoms are common to different types of phobia, but what varies is the stimulus that causes it. These symptoms can be cognitive, behavioral, and physical. Among them, the following stand out:

Many studies have shown that psychological therapy works especially well for treating phobias. In particular, cognitive behavioral therapy, which aims to modify those thoughts or behaviors that cause the patient to be unhappy.

Most of the time, fear of bees is related to irrational beliefs, so trying to replace this negative image of bees can help. However, relaxation and exposure techniques are the treatment of choice for phobias .

Exposure therapy is characterized by frequent sessions in which the person faces the feared stimulus in a progressive manner. Psychologists also teach different forms of relaxation such as exercises to release muscle tension, mental visualizations and breathing control. The psychologist can also teach the patient relaxation techniques so that they can be used simultaneously during the exposure. This is known as systematic desensitization technique.

In severe cases of anxiety, anti-anxiety and antidepressant medications can be used to control a person’s feelings of fear. However, they should never be given without medical supervision and without being part of a treatment that includes psychotherapy.

Other therapeutic methods such as Mindfulness and Acceptance and Commitment therapy have proven effective in treating phobias.

New technologies applied to the treatment of phobias

New technologies have allowed patients to be exposed to phobic stimulation without it being present. This is possible thanks to virtual reality and augmented reality. Studies show that these types of techniques are very effective. Nowadays, even mobile applications have been developed to be able to treat phobias.