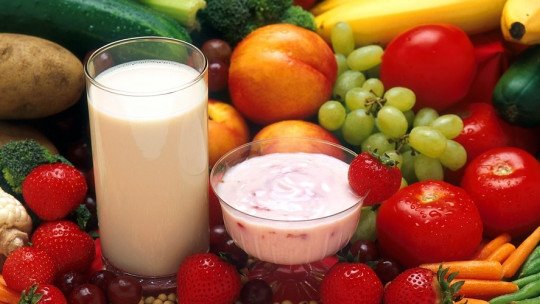 There are many types of phobias; these disorders are characterized by an irrational and persistent fear of situations, objects, activities or people.

The main symptom of this disorder is the desire to avoid the feared stimulus, and the development of phobias usually occurs due to environmental factors. However, some experts claim that our body is programmed to feel fear , as it is an adaptive emotion, which has been useful to the human species for centuries, so it would be relatively easy to suffer from this condition.

Irrational fears can be very disabling, as in the case of cybophobia or fear of eating , which can cause serious problems for the person’s health. In this article we will talk about this strange phobia and go deeper into its causes, symptoms and treatment.

Cybophobia is an anxiety disorder that causes great fear and discomfort to the person who suffers it, because he or she experiences a great irrational fear of eating or of the food itself.

This disorder must be differentiated from other pathological conditions such as anorexia or bulimia , which have their origin in the ideas that the person has about the aesthetic consequences of eating, although sometimes it can be linked to these. However, the irrational fear of having a negative body image when eating, such as thinking that food may contain toxins or germs, may contribute to the development of cybophobia.

Some characteristics of this disorder are:

Symptoms of this phobic disorder

As you can see, the person who suffers from this pathology tends to avoid food because of their irrational ideas about it, and although in many cases they show knowledge about their problem, they cannot control that situation.

The symptoms of cybophobia are no different from those of other phobic disorders , since the symptomatology is characterized by consequences at the cognitive, behavioral, physical and physiological levels.

On a cognitive level, the person has irrational ideas of fear, suffers from anxiety, loss of concentration, disorientation and extreme worry . Their behaviour also changes, mainly by avoiding phobic stimuli.

Phobias are often caused by environmental factors . In fact, phobic disorders are learned and develop by a type of associative learning called classical conditioning. This type of learning was initially studied by Ivan Pavlov, although it was popularised by an American psychologist who is known as one of the precursors of behaviourism, John Watson.

Watson was the first researcher to study this phenomenon and got a young boy to learn an irrational fear of a white rat that he once adored. At the beginning of the experiment, the child, named Albert, played quietly and enjoyed the white rat’s company.

Other causes of this disorder

However, classical conditioning is not the only way in which a phobia can develop , and cybophobia can appear through learning by observation. In fact, some authors speak of vicarious conditioning as one of the possible ways of acquiring irrational fears. If you want to know more about this concept, you can read this article: “Vocational conditioning: how does this type of learning work?

On the other hand, other authors think that people are biologically predisposed to suffer from fear, since it is an emotion that is produced thanks to the primitive brain as it has been very useful for our survival. The learning of fear is produced by primary and non-cognitive associations , so phobias do not respond to logical arguments.

Scientific studies show that psychotherapy is actually effective in treating phobias , and one of the types of psychological therapy that has been most successful in research is cognitive behavioral therapy.

Systematic desensitization consists of teaching the patient different coping skills (e.g., relaxation techniques) for when he is in the feared situation, and exposing him to the phobic stimulus in a gradual way so that he experiences the irrationality of his fear himself.

On the other hand, and he pharmacological treatment is indicated in severe cases , but always in combination with psychological therapy.

Other types of therapy used to treat this condition are: cognitive therapy based on Mindfulness, acceptance and commitment therapy or hypnotherapy.