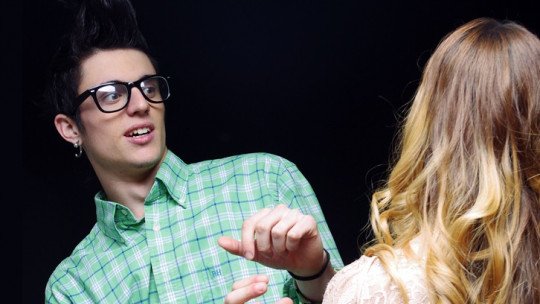 Gynephobia or fear of women is a strange phobia that usually occurs among men (although it can also affect women) and is therefore an irrational fear of any female person. This pathology, which causes great discomfort, anxiety and fear, should not be confused with misogyny, which is hatred of women.

In this article we will discuss gynephobia and detail the most important aspects of this phobic disorder, as well as its causes, symptoms and treatment.

Phobias are anxiety disorders that are characterized by a great fear of a stimulus that the sufferer tries to avoid in order to reduce the discomfort. There are different types of phobias, which usually fall into three groups: social phobia, agoraphobia and specific phobia. The fear of women belongs to this last group, and can prevent the phobic from having any type of relationship with women , even intimate relationships, and therefore being unable to develop an intimate relationship or the project of forming a family.

Gynephobia can cause serious relational problems that can affect different areas of a person’s life, as the phobic will avoid any place where the phobic stimulus can be found, usually by recruiting in their own home, avoiding going to work or taking public transportation. It is a serious disorder that must be treated.

The causes of this phenomenon can be varied. Sometimes, the subject’s low self-esteem leads him/her to be afraid of women, other times it can be the result of bad experiences in intimate relationships with women or as a consequence of irrational beliefs, such as that women want to do harm and are bad by nature.

In most cases, however, past traumatic experiences are behind this disorder, so they usually develop through a type of associative learning called classical conditioning. This type of learning is primitive, and although the first person to investigate it was Ivan Pavlov, the term became popular thanks to John B. Watson, one of the creators of one of the most important currents of Psychology: behaviorism.

Watson was the first to investigate classical conditioning and phobias in humans. One of the characteristics of this type of learning is that it involves automatic or reflex responses, not voluntary behaviors, so Watson thought it was possible to learn negative emotions, such as fear, through this process. To do this, he conducted one of the most controversial experiments in the history of psychology, as it caused a child, named Albert, to learn to be afraid of a white rat with whom he used to enjoy playing. Watson succeeded; however, this experiment could not be carried out today because it was considered unethical.

Are we biologically programmed to suffer from phobias?

Researchers believe that classical conditioning is not the only cause of phobias, since many people learn this type of fears by observation; it is what is known as vicarious conditioning, which is not the same as learning by imitation (as we explained in our article “Vicarious Conditioning: How Does This Type of Learning Work?)

Furthermore, other authors believe that we are biologically predisposed to suffer from phobias , since fear is a negative emotion that has been very useful in the past because it has allowed the survival of human beings. This type of learning activates the brain regions that belong to what is known as the primitive brain, and is therefore characterized by primitive and non-cognitive associations. In other words, these fears are difficult to modify by logical arguments. This idea is born from Martin Seligman’s theory of preparation.

Symptoms of Fear of Women

Like other specific phobic disorders, fear of women has similar symptoms. The only difference is that the phobic stimulus that elicits it is different. Therefore, anxiety, discomfort and fear manifest themselves in the presence of this stimulus, which leads the person to want to avoid it in order to reduce the symptoms.

Phobias cause a lot of suffering; however, they have a high success rate when treatment includes psychological therapy. In some severe cases, patients receive drug treatment, especially anti-anxiety drugs, but the basis of treatment must include psychotherapy so that the improvement is maintained over time .

Psychologists who are experts in treating phobias often include the cognitive behavioral therapy techniques that have been found to be most effective, according to scientific studies. These include relaxation techniques and exposure techniques.

Both techniques are combined in a therapeutic method known as systematic desensitization, which consists of progressively exposing the patient to phobic stimuli, but first he must have learned the relaxation techniques, since they will allow him to better face the situations in which he must confront his pathological fear. If you want to know more about this technique, you may be interested in reading our article “What is systematic desensitization and how does it work?

Despite the effectiveness of cognitive behavioral therapy in treating these types of disorders, other methods have also been shown to be useful. These are the so-called contextual or third generation therapies, among which acceptance and commitment therapy or Mindfulness-based cognitive therapy stand out. They take into account how the context (and the patient’s relationship with it) influences the development of the pathology, and emphasize the acceptance of the experience as a way of reducing the anxious symptoms and, therefore, reducing the discomfort.

It is important not to confuse gynephobia with caliginephobia , which is characterized by the fact that men, generally because of their low self-esteem, feel intimidated in front of the beauty of women. It is also important not to confuse gynephobia with misogyny, which is a type of prejudice in which the person feels hatred towards people of the female sex.