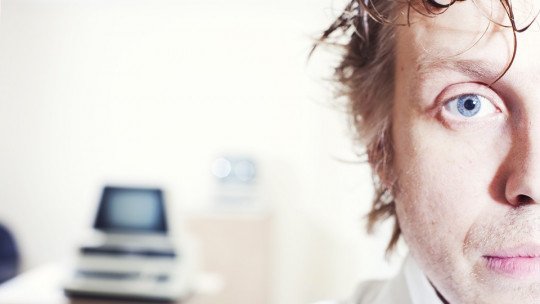 During the last two decades, and he pace of life in society has accelerated enormously , so much so that it could be said that the philosophy of today’s human being has become to achieve all kinds of objectives immediately, whether of a material or non-tangible nature.

At first glance, this significant level of motivation to achieve a (supposed) greater well-being (a better job, a perfect family or couple, enviable leisure activities, the maximum number of friends or contacts in social networks, etc.) may seem positive. However, when the balance between such motivation and over-demanding is lost sight of, it can have the opposite effect: fears and continuous worries .

In his work, Guix (2006) notes the close link between the existence of fears and the need to control the different personal aspects that make up the life of the individual, establishing a direct relationship between the two: the greater the desire for control, the more fears, concern and anxiety.

It seems that, internally, the obligation to “reach” everything proposed has been socially internalized and cannot “fail” in any of the projects initiated .

Is it good to be afraid?

The answer is clearly yes. Fear is defined as one of the most necessary primary emotions for survival, therefore highly functional. In the past, this reaction allowed wild creatures to escape by activating the organism and mobilizing it for escape.

Today, having evolved the context, the human being still needs a system of warning of potential dangers whose main exponent is the human being himself. Thus, the emotion of fear must be understood as a natural and adaptive phenomenon. What is truly relevant, the key point where attention should fall, is in the management of this reaction and how the handling of this fear is produced.

Guix (2006) argues that man has adopted the mistaken strategy of exercising control as the main mechanism for addressing concerns. This methodology has several disadvantages, since control can be done relatively easily over “things”, but it is not so easy to carry out the same process when other people are involved, as for example occurs in the field of social relations .

When the rest of the people in the immediate context do not respond as one would expect, there is, among other emotions, a reaction of fear. This usually leads clearly to the development of a feeling of mistrust , whose impact on the individual directly or indirectly conditions other present and future interpersonal relationships.

Because of this, such a subject adopts such distrust as a defence mechanism against the appearance of suffering , ceasing to be aware of his incipient emotional distancing from his social environment that is gradually growing.

Fear vs. Safety or Comfort (Control)

Exercising a certain level of control can be beneficial since makes it possible to increase self-confidence ; the fact of preserving a certain order in the different vital facets is related to a positive self-concept.

Control creates a sense of security, as it is usually linked to a psychological state of comfort, a state of ease. However, by adopting this type of philosophy, the individual will have an increasing need to control more aspects in order to maintain this level of subjective security, and will be immersed in an endless and infinite escalation of sources of concern that will require immediate mastery.

It seems obvious to think that the greater the desire for security, the greater the fear of its loss . Thus, uncertainty (the difference between expectation and reality) ceases to be a tolerable phenomenon and becomes an entity to be avoided at all costs. The problem lies in the impossibility of eliminating this uncertainty, since it is something intrinsic to becoming, at future time, as defended by Nardone (2012), an expert psychologist in the field.

Choosing a philosophy of life

For all these reasons, the individual has to choose between both alternatives: opting for comfort or overcoming fears and worries.

To begin with, the first option provides emotional relief to the subject , since it avoids that unpleasant feeling of fear or discomfort. However, choosing this path in the long term, leads to greater psychological distress. On the other hand, the second option, more complex to put into practice, does manage to break the fear-control-anxiety-avoidance spiral mentioned above.

To achieve this objective, nuclear beliefs, learned behaviour patterns and generalised attitudes towards the source of this fear must be modified.

They all have in common that they possess an object to which they refer , an object that is known and feared to be lost, whether it is a relationship to which one belongs (whether it is satisfactory or not), the preservation of life in the face of a car accident or any other circumstance that could endanger it.

The first two are more closely linked to the capacity that human beings have to create something initially non-existent , which ends up being lived as something real, as something that is truly happening.

Below you can see a series of reflections and indications that Guix (2006) proposes in his work as antidote measures against the virus of fear and worry:

The first step to be taken is to ask yourself whether or not you want to overcome these fears. Although it may seem an obvious question, one of the main obstacles the individual must overcome is choosing the desire to face his own fears . It may be the case, however, that the person prefers to remain in his comfort zone (the fact of remaining in his already known fears) avoiding exploring himself.

This self-knowledge means and implies uncertainty (“will I be able to handle what I am going to discover?” or “do I want to make the effort to change?”). The decision between taking the path between safety and absence of fear is one of the most costly and determining barriers that must be overcome.

Another reflection that should be carried out refers to learning how to identify what kind of fears are present and what role they are playing in the life of the person in question. Making such fears non-functional is another basic milestone in the process.

It is worth reflecting on what kind of aspects have more impact on the emotional well-being of the human being: the instrumental-material or rather the spiritual-intangible. To this end, it is fundamental to invert the principles on which the current social organization is based , capitalism, taking away the importance of achievements and competitiveness to give them to the aspects related to the being and life in community.

4. Acceptance and tolerance of uncertainty

The belief that everything is under control is nothing more than an illusion constructed in the mind to generate calm: it is only a belief, not a reality, and that can generate frustration.

This has the advantage that, being something elaborated by oneself, it could be dismantled in the same way as it was created. However, the fact that such belief was precisely self-made, causes more complexity to the individual in the enterprise of its elimination. That is, it could be said that the person ends up becoming attached to his own beliefs , although these are unadaptive.

On the other hand, it seems necessary to embrace tolerance to the unknown and to becoming, as something natural and intrinsic to the life of man. And this combined with the limitation of excessive expectations about such uncertainty. Finally, the acceptance of oneself as a being that can (and “must”) make mistakes, the permission to fail or “not come”, becomes another of the core beliefs that must be worked on in combination with the above.