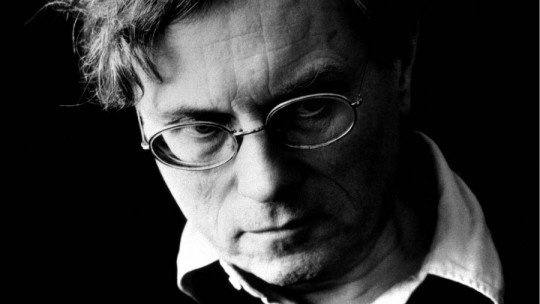 Felix Guattari was a French thinker, philosopher and psychoanalyst of the 20th century, who conceived thought as a tool of social struggle. He was a disciple of Lacan and a militant of the left, and wrote numerous works on politics and philosophy.

In this article we will see a brief biography of Félix Guattari , and a summary of his contributions to French society in that century. His legacy still lives on today.

Félix Guattari: biography of this thinker and activist

Felix Guattari was born on April 30, 1930 in Villeneuve-les-Sabons (Oise), France. He was a prominent psychoanalyst and philosopher, and a central figure in French intellectual life in the second half of the 20th century .

Felix Guattari begins his studies in pharmacy, under pressure from his family, but quickly abandons them to study philosophy. In his formative journey the two most important areas that will stand out are the factory and the psychiatric hospital.

Félix Guattari was then forged as an activist, in this youthful atmosphere of cooperation and community life , and became one of the most important figures of the Hostels (where one of the activities was holidays there).

From that moment on, his militant activity never stops, and passes through different groups (Trotskyism, entrism and the left opposition).

As for the psychiatric hospital, Félix Guattari deviates from his studies in philosophy and starts at Lacan’s seminary (in the early 1950s) to become a specialist in the work of the Lacanian psychoanalyst. Later, however, he distanced himself from “Lacanism” through his collaboration with Gilles Deleuze (also a French philosopher).

His therapeutic experience goes further and at that time he is admitted to the psychiatric clinic of La Borde (a leading centre for institutional psychotherapy), located in a castle among 18 hectares of forest, and becomes the right-hand man of Jean Oury, founder and director of the hospital. From that moment on and for the next 20 years, he settles in the castle and Felix Guattari’s life goes on and focuses on La Borde.

Felix Guattari approaches Freudian work through the thought of Jacques Lacan. After beginning his studies of psychoanalysis with Lacan himself, he ends up becoming one of the first non doctors to participate in his Seminar.

Years later Guattari joined the Ecole Freudienne de Paris , created by Lacan, where he obtained the title of Analyst Member of the School. He participated in this school until its dissolution on January 5, 1980.

One of his most outstanding works is Psychoanalysis and transversality , from 1976. It is a psychoanalytical criticism of institutions . It is considered a heterogeneous work, since it compiles articles written during a period of time of 15 years (from 55 to 70). Furthermore, it is also heterogeneous because the articles are very diverse both at the formal and thematic levels.

This work groups different texts; from conferences that took place in university environments, to articles in newspapers or specialized magazines. The themes are diverse; there are two specific areas: politics and psychoanalysis.

As for his philosophical legacy, one of Felix Guattari’s contributions is that he does not believe it is possible to isolate the unconscious in language , nor to structure it. On the contrary, he considers the unconscious present in many fields, such as social, economic and political.

Felix Guattari seeks answers to existential questions with the aim of reintegrating the complexity of individuals, their libido, dreams and inclinations in the political sphere; all this leads him to propose the so-called “ecosophy” .

Ecosophy is characterized as a current of thought that promotes the search for a wisdom to inhabit the planet, in the midst of the global ecosystem crisis facing humanity.

Felix Guattari’s intellectual work is intertwined with his political militancy. Guattari is considered a dissident Marxist , and conceives thought as a tool of social struggle. He militates in the Voie Communiste and in different left-wing groups.

Guattari left a legacy, a very important intellectual production, very much influenced by May ’68 (the chain of protests that took place in France and especially in Paris during the months of May and June 1968).

For Guattari, this movement (which he characterizes for the first time as a molecular revolution) announces the possibility of other modes of political subjectivation and micro-social struggle . Subjectivation is considered the process through which we constitute ourselves as subjects and manifest our subjectivity, and was a concept widely used by Guattari.