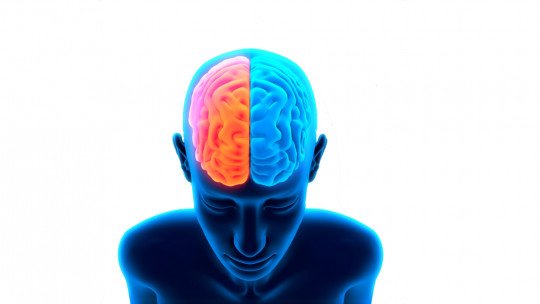 The
GABA ( gamma-aminobutyric acid ) is a neurotransmitter widely distributed in the neurons of the cerebral cortex. What does this mean? It means that GABA is a type of substance that is used by the neurons of the nervous system to communicate with each other through spaces (called synaptic spaces) through which they connect.

GABA is a neurotransmitter (such as serotonin or dopamine) and therefore
sends chemical messages through the brain and nervous system . In other words, it participates in the communication between neurons.

The role of GABA is to inhibit or reduce neuronal activity, and it plays an important role in behaviour, cognition and the body’s response to stress. Research suggests that GABA helps control fear and anxiety when neurons become over-excited.

On the other hand, low levels of this neurotransmitter are associated with anxiety disorders, sleep problems, depression and schizophrenia. It has also been found that young neurons are more excitable than older ones, and this is due to the function of GABA on the latter.

GABA contributes to motor control, vision or regulates anxiety, among other cortical functions. There are several drugs that increase GABA levels in the brain and are used to treat epilepsy, Huntington’s disease or to calm anxiety (e.g. benzodiazepines). It should be noted, however, that little is known about the functions and processes in which GABA intervenes, and it is therefore hasty to assume that its usefulness is simply that which I have described. Furthermore, this neurotransmitter intervenes to a greater or lesser extent in other dynamics of communication between neurons in which other neurotransmitters play a more relevant role.

The relationship of GABA to fear and anxiety

GABA was discovered in 1950 by Eugene Roberts and J. Awapara, and since then several studies have been conducted to better understand its relationship with anxiety disorders.

In the last few decades,
research on GABA and benzodiazepines has been numerous , basically to look for treatments against the pathological alterations of fear and anxiety. These studies have concluded that GABA is involved in these emotions, but it does not seem that its role is other than that of an inhibitory modulator of other neurotransmission systems such as noradrenaline.

In addition, other studies have also provided interesting conclusions regarding how the effect of this neurotransmitter is able to reduce the effects of stress on individuals. In an experiment published on
Journal of Neuroscience showed that when individuals exercise regularly, the level of GABA neurons increases in the brain, affecting the ventral hippocampus, a region of the brain linked to the regulation of stress and anxiety. Another study, this time conducted jointly by Boston University and the University of Utah, found that there is also an increase in this neurotransmitter in yoga practitioners.

To know more about the psychological benefits of physical exercise and yoga you can read our articles:

How is GABA synthesized?

GABA is synthesized from glutamate decarboxylation through the action of the enzyme glutamate decarboxylase (GAD), a process that occurs in gabaergic neurons in the cerebellum, basal ganglia and many areas of the cerebral cortex, also in the spinal cord. If the synthesis of this neurotransmitter is inhibited, seizures occur.

GABA receptors are probably the most numerous in the mammalian nervous system. It is estimated that
are present in at least 30-40% of the nerve cells in the human brain .

There are three types of receptors for GABA: GABA-A, GABA-B and GABA-C. The latter is considered a subtype of the GABA-A receptor, and is also called GABA-A rho.

The GABA-A receiver, the best known

The ionotopic receptor GABA-A, which is located in the plasma membrane of the post-synaptic terminal, is the one related to benzodiazepines such as Diazepam (better known as Valium), barbiturates or alcohol.
It is the best known receptor and is composed of five polypeptide subunits : α, β, γ, δ, ε, each with different functions.

If you want to know more about this receiver, the following video explains the structure and operation of the GABA-A receiver:

The GABA-B receptor is metabotropic, and is found in the plasma membrane of the pre and post synaptic terminals. The GABA C receptor, like GABA-A, is ionotropic.

Ionotropic receivers are called this because they are coupled to an ion channel, which when the ligand is attached to them the channel opens and an ion enters or exits the channel. In the case of the GABA-A receptor, chlorine (Cl-) enters, which produces the inhibitory response. Its effect is fast because it is only necessary to open the channel to produce the action.

In contrast, metabotropic receptors, such as GABA-B, are slower receptors and are coupled to G proteins, which, specifically in the case of this receptor, lead to the activation of potassium (K+) channels for the depolarization of the cell.

Other neurotransmitters and their functions

In addition to the GABA, in
Psychology and Mind We have already talked about other neurotransmitters and their functioning within the brain. Among them are serotonin, also known as the happiness hormone, and dopamine, a chemical related to pleasurable and reinforcing behaviours. So don’t miss the following articles: