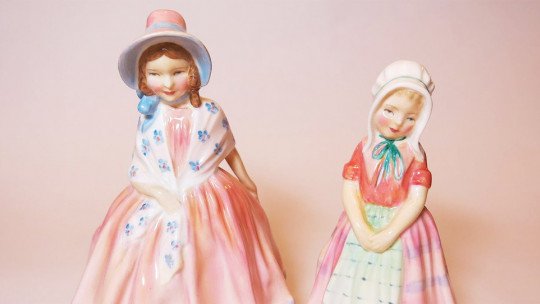 The mirage of gender equality that we find in today’s society in which we think that inequality is a thing of the past or of other countries, despite the existence of gender violence (the maximum expression of this inequality), the wage gap, the unequal distribution of household tasks and of raising children, the economic and political spheres that continue to be mainly male…etc, show the continuity of this problem and the need to analyse the factors that cause and perpetuate this inequality.

At the root of gender inequality there are, among other perpetuating aspects of the problem,
gender stereotypes , as we will see.

How is gender inequality inherited?

One of the theories that analyses these aspects is the theory of differential socialization proposed by Walker and Barton (1983), which explains how people, in their process of initiation into social and cultural life and from the influence of socializing agents, acquire differential gender identities that entail
attitudes, behaviours, moral codes and stereotyped norms of behaviour assigned to each gender. That is, differential socialization according to sex generates gender inequality.

Thus, membership in one or another sexual category will determine both
the differences in the identity of each one as an individual as well as the different social realities that are produced in the interaction with others. Both determinations will condition future behaviour, that is, future life choices, and of course subsequent professional performance.

Like this,
the woman will assume family functions of maintenance of the household , care of children and elderly persons, tasks that given the differential socialization she will have to make compatible with her work.

The term “mental schema” refers to the organized structure of knowledge or information that is constructed due to the existence of a need for knowledge as an evolutionary form of adaptation to the environment. Its elaboration and development presents a close relationship with the processes of socialization.

That’s why,
when we talk about gender schemes we refer to the set of knowledge through which the shared features are organized and those that are assigned in a differential manner to women and men.

Gender schemes, as well as the rest of cognitive schemes, have an adaptive function since they provide information about the environment in order to face it and adapt the behaviours to it. However, all cognitive schemes, including gender, imply a process of knowledge or information schematization with which
is simplified and nuances of reality are lost , since the basis for its organization is centered on two rules: distortion and accommodation.

Thus, authors such as Monreal and Martínez (2010) indicate that such gender schemes contribute to the maintenance of differences between men and women across three dimensions:

In scientific research prior to the 1970s, sexual differences based on stereotypes were considered to be positive for male characteristics attributed to men and negative for those characteristics considered to be female. However, authors such as Bosch, Ferrer and Alzamora (2006) show that from the 1970s onwards this consideration of sexual differences began to be questioned and criticised for various reasons:

Based on these contributions, the presence of stereotypes in the various investigations began to be considered and detected. The term stereotype refers to the system of beliefs about certain characteristics or attributes common to a certain group or society.In a specific way,
the sexual stereotype refers to the set of socially shared beliefs that attribute certain characteristics to each person according to their belonging to one or another sex.

The sexual stereotype
comprises the personality traits, behaviours and occupations that are considered to be specific to women and men.

The stereotype of the feminine

Traditionally the female stereotype has been shaped by
characteristics that attribute inferiority to women with respect to men, based on the argument of the moral, intellectual and biological inferiority of women.

Although this argument lacks scientific foundation, it is used culturally and socially in order to maintain the patriarchal system in which women continue to be considered in terms of female stereotypes by assigning them roles and behaviours typical of the private sphere, motherhood and care tasks.

Monreal & Martínez (2010) explain how stereotypes originated in earlier times and transmitted through education maintain inequality because the stereotypes present
a prescriptive and normative character shaped in society by which people will guide and adapt both the representation of themselves as men or women, their identity, expectations, beliefs and behaviours.

The gap between stereotype and social reality increases due to the effect of self-compliance and
the strong resistance to change presented by the stereotypes . Therefore, the differences between both genders continue since men and women automatically internalize their own stereotype, with the corresponding values and interests of each gender, values that will be reflected in the roles they play.

Although stereotypes fulfil an adaptive function that allows us to know the reality and the environment that surrounds us in a quick and schematic way, they are characterized by attributing the feminine and the masculine as two excluding groups, in a dualistic way, as two dimensions represented in opposite poles in which the masculine exercises its dominion over the feminine producing clear disadaptive effects.

Thus, both gender schemes and gender stereotypes produce a vision of what can be considered as a man and a woman,
influencing from the identity and decisions of each person as well as their vision of the environment, society and the world.

Despite the characteristics of the above-mentioned gender schemes and stereotypes, their influence is not deterministic and immovable. Therefore, by modifying the socialization process and its transmission through the socialization agents, a process of change could be achieved with which to adapt the stereotypes to society, allowing the current mirage of equality to become a social reality.