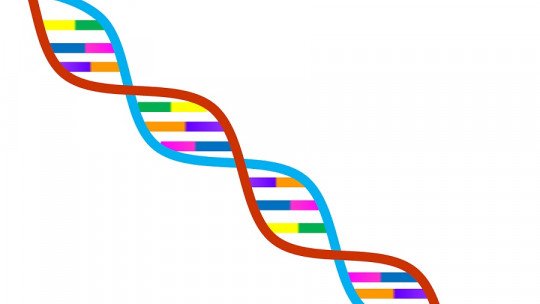 In the last hundred years important discoveries have been made in the field of biology that have allowed us to understand how our physical and psychological characteristics are more similar to those of our parents than to those of other people.

Genetics has been expanding its field of knowledge, especially since Mendel did his first experiments on how characters were inherited, and also when Rosalind Franklin and company discovered that DNA was the molecule that contained genes.

Based on the idea that we are what we have inherited, there were many, both scientists and politicians, who defended the idea that our behavior and physical characteristics depend entirely on our genes. This is what has been called genetic determinism . It was even argued that there was no possible way to change these characteristics, because genes were above practically any environmental factor. This is what eventually led to some of the worst episodes in modern history.

Let’s take a closer look at what is the belief behind genetic determinism and how it has been applied throughout the 21st century.

Genetic determinism: are we our DNA?

Genetic determinism, also called biological determinism, is the set of beliefs whose common idea is the defense that human behavior depends mostly on the genes that have been inherited . This opinion also defends the idea that the environment hardly exercises any influence on the behaviour or the way of being of the person.

So, if a person is the daughter of tall, intelligent parents, inheriting the genes behind these characteristics will present them indisputably. At the same time, if one has parents with some kind of mental illness or disorder, there will be a risk of inheriting the genes that may be behind these evils and, according to genetic determinism, these problems will inevitably manifest themselves.

The genetic determinists considered that genetics is what explains all or most of what people are like and that environmental and social factors hardly influence the way humans are. This type of thinking came to defend the unnecessaryness of educating or carrying out therapeutic processes because, if the person was less intelligent or suffered from a disorder because there was a certain tendency to do so in his family, why fight against genetics? If it has to manifest itself, it will manifest itself.

By reducing all that human beings are to simple genetic explanations, the environment in which the most advantaged and the most disadvantaged people have developed was often ignored. A tall person who has lived in an environment where there has been no lack of food is not the same as a shorter person who has suffered from malnutrition. This example, although simple, serves as an explanation that sometimes the environment can be much more decisive than genetics itself.

Genetic determinism and how it has influenced modern history

These are some examples of the way in which genetic determinism has been translated into theories and ways of understanding the world in general.

In 1892, the Austrian biologist August Weismann proposed the idea that multicellular organisms, like humans and other animals, had two types of cells: somatic cells and germ cells. Somatic cells are responsible for the basic functions of the organism, such as metabolism, while germinal cells are responsible for transmitting hereditary information.

This biologist was the first to propose the existence of a substance in which the hereditary characteristics were found and which was behind how a living being was genetically configured: germplasm.

The early idea of germplasm was the forerunner of what we now know as deoxyribonucleic acid or DNA. The idea behind germplasm was that it contained genes, which controlled how the organism looked.

Weismann argued that the material present in the germ cells could not be modified during the life of the organism . This idea clashed with the idea of lamarkism, which held that events occurring in an individual’s life that involved changes to the organism would also be transmitted to the next generation.

With the passage of time, mixing ideas of August Weismann with the thoughts on evolution set forth by Charles Darwin in The Origin of Species (1859), the idea of social Darwinism arose, defended by Darwin’s own cousin, Francis Galton.

It should be said that Darwin never intended his ideas about evolution to be distorted and misinterpreted in the way that those who used Darwinist evolutionary principles to explain population characteristics did.

The idea behind social Darwinism is that of genetic reductionism, which consists of defending that aspects as complex as personality or suffering from a certain type of psychological disorder are caused by just one or two genes. According to this view, a person who has inherited only one gene considered to be unadaptive will manifest unwanted behaviour .

Based on genetic reductionism, Social Darwinism argued that differences between races, genders, ethnic groups and social classes were undoubtedly due to inherited bad genes and therefore discriminatory measures were entirely justifiable.

As a consequence of these beliefs, one of the first measures that defended social Darwinism was the eugenic laws , applied in various places in Europe and North America from the 1920s and 1930s.

The eugenics movement argued that negative physical traits, such as having a motor disability, and psychological traits, such as suffering from schizophrenia or low intellectual performance, had a genetic basis and, in order to avoid their spread, those who manifested them should be prevented from reproducing themselves.

If people with bad genes were prevented from having offspring, these genes would not be passed on to the next generation and thus the maladaptive characteristics would be exterminated. In this way, thousands of people in the United States were sterilized.
These same eugenic laws were taken to an extreme in Nazi Germany , being applied in the form of mass extermination of people who, according to the prevailing racism, were inferior to the Aryan race: Jews, Poles, gypsies, as well as groups that were not ethnic but were considered maladjusted, such as homosexuals and anti-fascists.

In recent years, humans have tried to find out how many genes they have. Until relatively recently, it was argued that humans should have about 100,000 genes. The reason for this was that about the same number of proteins were found in the human species and, taking into account the scientific principle (now rejected) that for every gene a particular protein is produced, there should be that many genes in our species.

When the Human Genome Project revealed in 2003 that there were barely 30,000 genes in the human species, scientists were a bit confused. Human beings hardly have more genes than mice or houseflies . This finding was surprising because it was somewhat shocking to discover that a species apparently as complex as ours had a relatively low number of genes.

From this, the idea was raised that it really wasn’t all about genes. That there was something else that influenced the production of such a high amount of proteins, about 100,000, having so few genes, only 30,000.

It is true that a person has a specific genetic configuration, which is the result of having inherited the genes from his biological father and mother. However, whether or not these genes manifest themselves may depend on certain environmental and even social factors . The genotype of each person is that genetic configuration, but the phenotype is what actually becomes manifest.

The gene-environment interaction has been called epigenetics and is an aspect that has been gaining much importance in recent years, especially in the field of health. To be able to influence what a person has genetically inherited apparently was not as impossible as it was thought.

This finding completely contradicts the proponents of genetic determinism because, while they are right that genes will remain in each and every cell of an individual, the environment influences whether or not they will be activated and cause the person to behave in a particular way or suffer from a particular disease .

A demonstration of this has been the discovery of the phenomenon of methylation, in which, either by having a particular type of diet, or by living in an environment where the air is cleaner or more polluted, certain genes are modified by incorporating a methyl group, without the need for genetic engineering.

So the genetic material makes us tend to manifest a particular type of cancer, have a particular personality type or be physically slender, to name a few examples, but it doesn’t limit you to being that. Between 10 and 15% of human diseases are hereditary, in the rest it is possible to modulate their effects by carrying out healthy habits.

It could be said that, today, in the field of hereditary and genomic science, the idea is defended that half of how we are is determined by the 25,000 genes each of us has, while the other half is determined by our social, dietary and climatic environment.