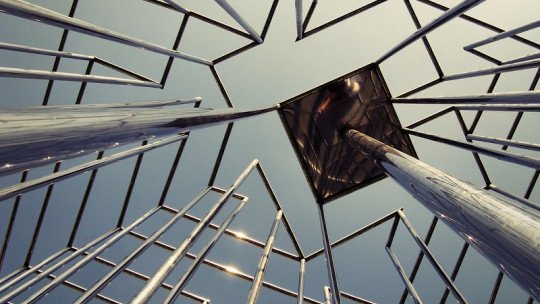 The Gestalt theory is a concept that will surely ring a bell if you are one of those people who are curious about the world of psychology. It is a theory widely used nowadays in psychotherapy and problem solving, but it has also become popular as one of the most attractive psychological approaches for those people who believe that the way a human being is, behaves and feels cannot be reduced only to what is directly observable or measurable .

However, if you have read something about Gestalt theory you will also know that it is not famous for being easily summarized in a single sentence. Its philosophical foundations and laws about our way of perceiving things are rooted in years and years of research, and its formulations about the human mind are not always intuitive.

That is why to understand well the theory of Gestalt a small change of mentality is necessary, and nothing better to achieve this than to learn in what sense its approach is oriented and what its principles are .

Gestalt theory and its humanist influences

The Gestalt psychology can be framed within the broader framework of humanist psychology, since it emphasizes the subjective experiences of each person, gives importance to positive aspects of psychology such as self-realization and the search for correct decisions, and works with a conception of the human being as an agent capable of developing freely and autonomously.

A little history of the Gestalt

The Gestalt theory appeared in early 20th century Germany as a reaction to behavioral psychology , which rejected the consideration of subjective states of consciousness when investigating people’s behavior and emphasized the effects that the family context, and by social and cultural extension, has on us . Unlike the behaviourists, the researchers who adhered to the Gestalt theory were basically concerned with studying the mental processes that at that time were considered to be fundamentally invisible, as there were no tools to get to know what was going on in the brain.

In this way, the theory of Gestalt brings us closer to a conception of the human being characterized by his active role in perceiving reality and making decisions. According to the Gestaltists, we all create in our mind more or less coherent images about us and what surrounds us , and these images are not the simple union of the sequences of information that arrive to us through our senses, but they are something more.

Building reality and interpreting it

The German word Gestalt , which is often translated into English as “form”, represents this process by which we build frameworks of perception of reality : all of us interpret reality and make decisions about it on the basis of these mental “forms” or “figures” that we create without realizing it. Gestalt theory focuses on explaining our way of perceiving things and making decisions based on the “forms” we create.

Gestalt theory and the concept of “form”

Some schools of psychology consider that the mental representations that are created in our consciousness are the sum of pieces of image, sound, touch and memory. In this way, the set of these packages of information that are coming from the senses would be added in our brain and from this overlapping of units would appear what we experience.

The Gestalt theory, however, denies that there is a perceptive “whole” that is composed of the set of data coming into our body . On the contrary, it proposes that what we experience is more than the sum of its parts, and that therefore it exists as a whole, a figure that can only be considered integer. Thus, what happens is that the totality of our mental “forms” imposes itself on what is coming to us through the senses, and not the other way around.

According to this approach, we learn about our surroundings not by adding up the pieces of information that come to us through the senses, but from the “figures” that are created in our minds. For example, from the theory of Gestalt used in Gestalt therapy created by Fritz Perls (which is not exactly the same as Gestalt psychology, which is older than this one), forms of psychotherapy are proposed in which the aim is that the patient can understand certain problems in a global sense that is different from what he did before and that allows him to develop his potentialities.

Thus, according to the Gestalt theory, people would not be recipients of various sensations, but our mind would be composed of different totalities. For Gestaltists it is not necessary to focus on the pieces of which our mental figures seem to be formed about anything to solve a conflict or to adopt a more useful mentality, but what we must try to do is to reach a new structural understanding of what is happening. Examples for understanding the idea of “form”

An example of this can be found in the movies . In spite of being a succession of photographs that pass quickly, we perceive them as something very different: a sequence of moving images .

Although this quality (movement) is not present in the different images, what we experience is a globality that does have this property. From the perspective of Gestalt theory this is so because we create global forms on the reality around us, instead of just passively receiving information coming from everywhere and reacting accordingly.

The same is clearly manifested when we see those optical illusions in which two or more images appear superimposed but we are not able to see more than one at a time: the globality of the figure seems to take over our senses.

The laws of the Gestalt Within the theory of Gestalt, laws have been formulated that explain the principles by which, depending on the context in which we find ourselves, we perceive certain things and not others. These are the laws of Gestalt, which were initially proposed by the psychologist Max Wertheimer , whose ideas were developed and reinforced by Wolfgang Köhler (in the image) and Kurt Koffka .

The most important law that gives us a better idea about the logic that governs the generation of perceptions as a whole is the law of good form , according to which what we perceive with greater accuracy and speed are those forms that are more complete but, at the same time, simpler or more symmetrical.

More laws and principles of Gestalt

Other laws of Gestalt theory are:

How are these “forms” according to the Gestalt theory?

Since forms are a totality, they cannot be reduced to a single sense. That means that for the gestaltists a mental image is not really a visual image , like the one that can be produced by projecting light on a retina, but it is something else. So much so that, for the followers of the theory of Gestalt, the laws of Gestalt are applicable not only to what is perceived through sight, although they are usually exemplified only with drawings and icons. It is not difficult to imagine examples where Gestalt laws seem to apply to all kinds of perceptions.

In short, the theory of Gestalt proposes a psychological approach in which the person has an active role in constructing units of meaning about his experiences and that, moreover, is capable of restructuring his mental “forms” to adopt more useful points of view and to better orient both his decision making and his objectives.

Fritz Perls , according to most of the postulates of Gestalt psychology, developed his own therapy: the Gestalt therapy . We invite you to get to know them through these two articles:

“Biography of Fritz Perls and his contributions to Psychology”

“Gestalt therapy: what is it and what are its principles?”