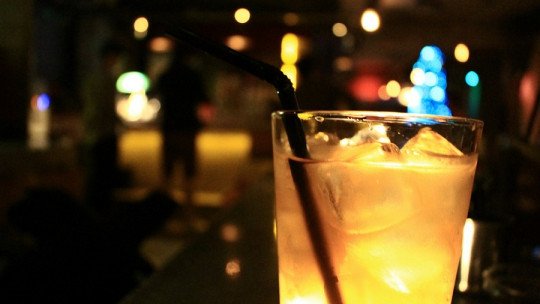 GHB (or gamma-hydroxybutyric acid) is often referred to as liquid ecstasy , although it has nothing to do with ecstasy (or MDMA) or other amphetamine-like substances.

This drug, used by rapists, is a central nervous system (CNS) depressant that was used during the 1960s as an anesthetic. However, GHB was withdrawn from the pharmaceutical market because of its side effects. It is currently used in the treatment of some diseases such as narcolepsy.

GHB has unpredictable effects on each person and is usually euphoric (low doses) and sedative (high doses), which make this substance extremely dangerous. Due to its characteristics, it is used to carry out robberies or sexual aggressions, just like Rohypnol or Burundanga (scopolamine), since it nullifies people’s will and makes them helpless.

Generally, GHB s e is in the form of a white powder or liquid that is colourless and odourless, with a slightly salty taste, and is distributed on the illegal market in small ampoules or vials that are often mixed with some drink. Mixing with alcohol is very dangerous. The main complication of GHB consumption is acute intoxication. During the last few years there have been quite a few cases of coma, and also deaths from its use.

The use of this drug to commit rape

Both GHB and Rohypnol or Scopolamine are used to facilitate date rape or to “drug” the victim at the club and then abuse her when the substance takes effect. Since GHB is a colorless and odorless substance, is easily poured into the victim’s drink and consumed without her noticing it. When the drug takes effect, it incapacitates the victim and prevents him/her from defending himself/herself from the sexual attack. GHB is now known as ” rapes easily “.

Therefore, the purpose of the sex offender is sedation of the person he is going to sexually abuse, to decrease his resistance or cause the victim to lose consciousness completely. Because GHB is short-lived, it is difficult to find traces in a urine sample if more than one day has passed. Victims often report after this time because they feel ashamed and sometimes guilty about what happened.

GHB is a central nervous system depressant and is taken by mouth. The effects start about 15 minutes after ingestion and last from 1 to 3 hours . As with alcohol, depending on the dose it produces different effects.

In the solid state, with low-medium doses (1-2g) the empathic effect, euphoria or disinhibition predominates. With higher doses (2-4g), the effects are amplified, and there may be a lack of coordination, visual distortion, deep relaxation and a tendency to fall asleep. This is because GHB binds to at least two classes of neural receptors: at low doses it binds to the GHB receptor, which is an exciter, and at high doses it also binds to the GABA-B (inhibitory) receptor, which produces the sedative effects.

GHB is especially dangerous when mixed with alcohol, a combination that can lead to coma and death, as has been reported on several occasions.

Although GHB is manufactured in the laboratory, is also produced in the brain (endogenous substance). Some of the highest concentrations are found in the substantia nigra, thalamus, and hypothalamus of the brain.

Many scientists claim that it acts as a neurotransmitter, and several functions are attributed to it such as regulation of sleep cycles, temperature, brain glucose metabolism, blood flow, memory and emotional control. It would also have a neurological protective action against the negative effects of hypoxia and excessive metabolic demands.

Clinical use of gamma-hydroxybutyric acid

It is marketed as Xyrem and is available only in certified pharmacies, under a special program called Xyrem Success Program . The drug is taken before bedtime because it strengthens deep sleep and increases nighttime sleep time, while reducing the number of daytime sleep periods, which improves symptoms of narcolepsy.

Other uses of GHB

In addition to the above-mentioned uses, GHB is still used for other illegal purposes. Many young people give it a recreational use and consume it in discotheques or at “raves”. It is commonly known as “liquid ecstasy”, and it is usually mixed with alcohol. This has triggered several cases of overdose.

On the other hand, is also used by bodybuilders . It became very popular in the United States because of its anabolic and “fat-burning” effect, since its consumption produces an increase in muscle and better definition, as well as a euphoric effect. GHB increases the secretion of growth hormone . Although its use was banned in the 1990s, it is still sold illegally. The great concern of the authorities is the sale on the Internet.

Here is a video on the use of GHB to commit rape. Take a look at it: