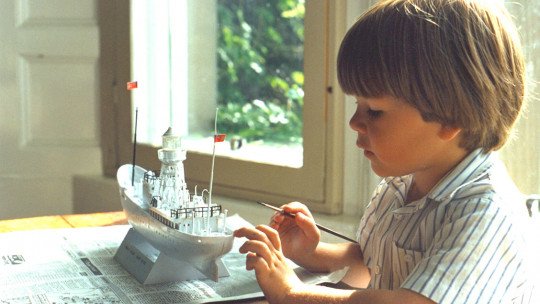 What characteristics define the gifted child?

We can say, in general, that their intellectual development is always more advanced than expected due to their age. For example, if most children are always able to say a few words a year and a half after they are born, a gifted child has a word repertoire twice or three times as large by that age.

When the gifted child starts school, basically what you notice is: speed of thought, facility to create much more elaborated answers, and a very good use of information. These children may require adapted educational strategies, as it may be the case that they hide their talent in a normative class, get bored or abandon the classes . For this and many more questions we could ask ourselves the following: What guarantees does being part of the gifted students imply ? Is a gifted child a successful adult?

Certain contextual variables that each child may have must be taken into account. On the one hand the support (or absence of it) from their parents, legal guardians or close persons. There are cases in which the family does not support them, devaluing the fact of studying and investing time in studies, and they emphasize the need to bring home a salary at the end of the month. This can cause the child to put aside their talents and focus on fulfilling what their parents ask of them. The school may ignore the talent, causing the child to not receive an appropriate education and the child to become bored and drop out. Or, the environment of friends may lead the child to hide his or her abilities through teasing , which may even trigger bullying dynamics.

The economic circumstances in which the person is familiar also play an important role. There are families that cannot finance their children’s studies, as their economic situation does not allow them to do so even if both parents work and there are certain aids or scholarships. Consequently, the child will have to adapt to the situation and his or her talent will not be able to develop as expected.

Finally, there are other variables to highlight such as the opportunities that life offers to each one, or their own health.

All the above is reflected in a study carried out by Melita Oden together with Terman, in 1968, where they compared the 100 most successful men and 100 less successful men in a group; defining success as the celebration of the jobs that required their intellectual gifts . The successful ones included teachers, scientists, doctors and lawyers. The unsuccessful ones included electronics, technicians, police, carpenters and pool cleaners, in addition to the failed lawyers, doctors and academics. The study concluded that the successful and unsuccessful hardly differed in the average IQ . In any case, the differences between them turned out to be in the parents’ confidence, persistence and principles of encouragement.

When we talk about intelligent children, the main criterion is centred on IQ and academic environments, but the socio-emotional factors must also be taken into account. In the study carried out by Terman and Melita, we can observe a clear bias in the sample since it is only a university population. Terman ended up becoming a convinced geneticist, but he did not take into account the historical variables of the time such as war, etc. Many subjects died there, others from alcoholism, suicides…factors that have to do with socio-emotional characteristics.

Alencar and Fleith (2001) pointed out a lesser emphasis on emotional development due to the hegemony of educational plans little focused on strengthening a positive self-concept and on promoting its social development. They also noted that the vast majority of papers presented so far on the subject were not related to social-emotional development. Terman recognized, however, that children with IQs above 170 presented difficulties in social adjustment, which their teachers considered to be isolation (Burks, Jensen and Terman, (1930), Gross (2002)).

An emotional vulnerability has also been found, in reference to these students’ ability to understand and engage with ethical and philosophical issues, before emotional maturity has developed to deal with these types of issues (Hollingworth, 1942).

As external agents we can observe how students with higher intellectual capacities are prone to suffer what Terrassier called the “negative Pygmalion effect”. This occurs when, because there are gifted students who present a higher potential than teachers, the latter tend to expect these young people to perform in the average range, and then go on to encourage some students to perform well below their real abilities (Terrassier, 1981).

In contrast, educators who supported the use of intelligence tests as the main basis for identifying talent generally agreed that the analytical ability was part of the structure of intelligence (García-Cepero, et al, 2009).