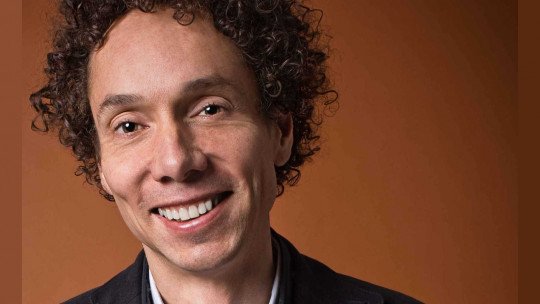 What factors influence whether a person will be successful?

This is a complex question that many of us have asked ourselves at one time or another. There are multiple causes that can play in our favour or against us when it comes to determining whether, in the course of our lives, we will be able to achieve certain economic and employment goals.

From socioeconomic background to luck, including a factor that we often do not take into account: l to experience , especially that which we have been able to acquire during our childhood.

Socioeconomic background is an important factor

You don’t have to be very clever to realise that one of the important factors is your socio-economic background : if you were born into a rich family, you will have a better chance of receiving a better education, you will be able to spend more time studying, you will have the financial cushion and family contacts, etc.

However, if you come from a humble family, you have it a little (or quite) more difficult in life: you will probably receive a not so good formal education, you may have to start working early to contribute to the family economy (which may affect the hours you spend studying), and you may not be able to afford higher education, even though you do not lack intellectual capacity, merit and motivation.

The social elevator has been broken for decades, and there are no stairs

All this is not a cliché: several studies carried out in Spain and published by the newspaper El País show that the ‘ascensor social’ has been broken since the sixties. The ascensor social is the mechanism by which, in a society, the humble can manage to climb up and see their personal economic reality substantially improved thanks to their merits and their efforts .

This meritocratic principle seems to be called into question when we analyze the data. which point out that, if you were born poor, you are much more likely to remain poor in adulthood . If you were born rich, you have to do very badly in order not to remain in a privileged position.

Fortunately, there are other factors that come into play when deciding whether we can succeed and develop our potential. In this case, I wanted to focus on a factor that is perhaps not taken into account very much: the experiences that we acquire during our childhood.

The following reflections are part of a lecture given by the Catalan economist Xavier Sala Martín , professor at Columbia University, and reveal the decisive importance of this vital stage when it comes to forging certain capacities and skills that will allow us greater probabilities of success in the workplace in adulthood.

Let’s start by thinking about a funny fact. A spectacularly strong trend, and for no apparent reason, is that in most elite sports teams, 75% of their players were born in the first half of the year . And, in fact, there are a small number of top-level sportsmen and women who were born in the month of December. You can see this for yourself by looking at elite professional teams in any sport: you will notice that this trend is a curious and disturbing constant. Malcolm Gladwell, the journalist who studied this curious phenomenon

An American journalist named Malcolm Gladwell was one of the first to notice this issue of athletes and months of birth. Without being able to explain this phenomenon, investigated different sociological studies .

He finally came to a conclusion, which had nothing to do with paranormal and astrological issues. The explanation was very simple: to be a professional in sports, children must have gone through the base categories, where they train and play matches. What happens is that these base categories are divided by years. When children start at 7 or 8 years old, they play with their own year. Those who were born in 1993 play with those of 1993, those of 1994 with those of 1994, and so on.

This means that children born in January 1993 and those born in December 1993 play on the same team. At these ages, a difference of one year has a great incidence: those of January are taller, stronger, more agile, smarter… and the coaches, who besides training also want to win the games, end up giving more minutes of play and responsibilities to the children of January. It is those who play, not only more minutes, but those who shoot the penalties, who play the decisive minutes… and therefore acquire more experience .

Once the children have grown up, for example when they are 20 years old, the physical differences between them have disappeared. What remains is a big difference in the experience of the players: the children in January have had many more chances to train and play more minutes, so they are better players (with deserving exceptions, of course). In the end, this experience of years is a key factor in predicting whether one will be able to reach the elite, or not .

To succeed at something, devote 10,000 hours

Malcolm Gladwell, reflecting on why elite athletes are the most experienced, formulates a theory: to be very good at something, we must spend at least 10,000 hours . It is necessary to train 10,000 hours to be really good at something and to be able to stand out from the rest, whether it be programming websites, playing basketball, playing an instrument…

This is a moral that applies to any area of working life. But there is room for further reflection. For example, I would like to ask a question: are the sports teams in the children’s categories too focused on results? Because we may well think that the children of December are suffering from structural discrimination that affects their potential to develop their skills.

In fact, the field of sport can only be a reflection of an educational model that makes similar mistakes . When we evaluate children based on rigid parameters, December children are more likely to get worse grades.

This should not be a cause for concern, since greater effort and the passing of the years should level out these small differences between students at the beginning of the year, and those at the end. However, the Pygmalion Effect explains to us that we adults deposit in children certain desires and wishes that can help the child to conform to a healthy self-concept and learn to advance towards certain objectives and challenges, which will allow him/her to mature. Of course, this can also happen in the opposite direction: teachers who can negatively influence the self-concept of many “December children” .