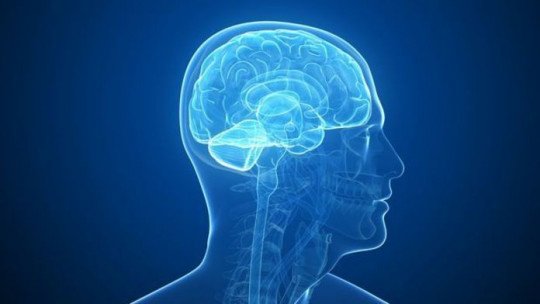 Let’s imagine that we wake up one morning, or after an accident, and suddenly find that everyone starts speaking in a strange language . The worst thing is that it is familiar to us, but we don’t understand what they are trying to tell us.

We try to communicate, but we realize we’re not saying what we’re trying to say. The others insist, look at us and keep talking to us even though we do not understand what they are trying to communicate. And we can’t make ourselves understood either. Although it may seem like a science fiction film, is what people suffering from global aphasia experience .

The concept of aphasia

Aphasias are the set of speech and language disorders caused by a brain injury , which occur in adults with a language that had been previously consolidated.

This type of disorder can affect many different aspects of language, including verbal fluency, articulation skills, language comprehension, repetition, grammar, literacy and naming. The different aspects affected will depend on the area injured.

Broadly speaking, one of the main classifications of these disorders is that proposed by Goodglas and Kaplan, in which they are divided into different typologies depending on whether or not they present a good level of verbal fluency, comprehension and repetition capacity. The best known are Broca’s aphasia and Wernicke’s aphasia, each with its own damaged and preserved aspects. However, there is a type of aphasia in which there are alterations in all areas of language, known as global aphasia .

Global aphasia is the most severe form of aphasia , because all or most of the different aspects of language are affected and altered by a brain injury.

People who suffer from it have severe difficulties both in understanding and in oral and generally also written expression. Similarly, subjects affected by global aphasia present a poor capacity for imitation. If they are able to emit oral language, it is frequent that they use a telegraphic and stereotyped area, being few their possibilities to establish communication by means of the verbal language. They can also understand certain words or verbs.

In addition, they tend to be unable to write or to limit themselves to an automatism such as the ability to sign. Reading is also affected. It is possible that at the written level they can reproduce a text by copying it, although they are guided by the forms and not by the content. The ability to articulate, verbal fluency and the use of lexis and grammar are severely diminished and impaired .

Because the lesion that causes global aphasia is massive, other symptoms such as ideomotor apraxia (inability to use objects for their true purpose) and ideological apraxia (inability to follow sequences of action in the correct order), hemiplegia or half-body paralysis often appear. The global aphasia per se does not cause any difficulty at the cognitive level, being preserved the intelligence and most of the executive functions. However, it is possible that they present cognitive and intellectual difficulties due to neuronal damage, limiting them further.

The causes of aphasia, as we have previously mentioned, are due to the presence of lesions in the areas that control language , their connections with each other or the connections with other brain nuclei that allow linguistic information to be integrated with motor information, or that have been destroyed.

In the case of global aphasia, it is necessary that very significant damage occurs in the whole of the left hemisphere, in which the areas that process language are located, or in the area surrounding the perisylvanian cortex. Both Broca’s and Wernicke’s areas, their connections to each other or the connections to other areas which allow speech processing or execution, are damaged or disconnected from the rest of the brain.

What exactly causes these injuries can vary greatly, ranging from head trauma or lacerations to strokes, brain tumors or neurodegenerative diseases.

Difficulties caused by this disorder

The consequences of global aphasia and the symptoms it causes are very limiting for the person who suffers it . As social beings, our life is structured on the assumption that we are able to communicate. This is why not being able to express ourselves can cause

At the social level, global aphasia greatly hinders the possibility of establishing affective relationships with our fellow human beings. Although their social skills and interest in establishing contact with others are preserved, the patient has severe difficulties in making themselves understood unless alternative methods are available. It is frequent that since before the injury he could communicate in an oral way correctly, the environment passes to try to communicate by shouting (interpreting that he has lost hearing capacity) or interprets as absence of interest the lack of communication on the part of the subject. It is important to understand that the subject hears perfectly, and his difficulty is to interpret the language.

This problem also creates difficulties in the workplace, as well as academically. Learning, at least by the usual means, is complicated unless adapted strategies such as the use of pictograms or through the use of physical procedures are employed.

At the level of the individual himself, this disorder can be lived with real fear . After all, the subject is suddenly incapable of understanding what they are trying to tell him or make themselves understood through the usual mechanisms, and the unsuccessful attempts by the subject and the environment to re-establish oral communication may end up causing the individual high anxiety and depression. The subject may feel isolated, closed in on himself, until treatment begins to be effective or alternative forms of communication are found.

The treatment to be used in the case of global aphasia focuses on the recovery of the functions altered by the brain injury and/or the adoption or learning of alternative communication methods. Also fundamental is the psychological and social support that allows the patient and his or her environment to understand and accompany the patient in the process he or she is suffering from.

It is important to note that many brain injuries can evolve in ways that reduce damage. This is the case, for example, with trauma or a stroke, where blood can drown out part of the brain’s connections but leave an area of ischemic penumbra that may recover from the accident. In this way, many patients can see the effects of the injury progressively diminish. In some cases this can lead to a shift from global to more localised aphasia.

The use of language therapy and speech therapy is common, being used to improve and optimize the linguistic competence that the affected person could maintain. It is also common to use augmentative language techniques, or the use of visual material such as pictograms with which the patient can communicate in an alternative way.

It is important to stimulate the patient without overloading him, so that he can gradually relearn and polish skills without becoming saturated. Psychoeducation is very important both for the patient and for the environment, since it is necessary to make them understand that the cognitive abilities are (unless there are other affectations beyond global aphasia) preserved and the difficulties that aphasia entails for the subject.