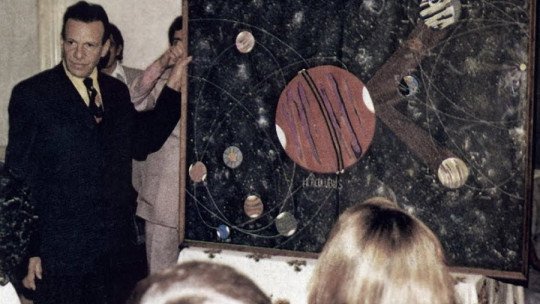 They say that faith moves mountains. For many people, belief is a source of hope, something that gives strength and provides an explanatory framework of reality and the universe. Although sometimes there may be divergences, they usually aim at their deepest base to offer peace of mind and the exercise of kindness and compassion (although these have sometimes been used in a utilitarian way). And there are many religious beliefs in the world.

However, not all of them have a positive orientation: there are numerous sects that seek to take advantage of those who fall into their hands. One of these is Gnosis, a dangerous sect which has recently received a high level of media attention following the disappearance in 2017 of a young woman from Alicante, Patricia Aguilar. It is about this sect that this article deals.

Gnosis: what is it?

A collective that defines itself as a movement but is also considered a dangerous sect receives the name of Gnosis. This organization was founded by Víctor Manuel Gómez, a healer and writer of books on esotericism , in 1954. During that year, he declared that he was an incarnation of Samael (a fallen angel of the Bible) and that he had come into the world to spread his word.

This man took the name of Samael Aun Weor and began to preach his beliefs, which are based on the practice of the Great Arcanum and sexual magic within marriage (rejecting onanism, the climax or homosexuality among other things) and takes up some of the Gnostic beliefs (in fact, he also takes up the name to apply it to the sect in question) that arose during the first centuries of Christianity. His followers expanded little by little , and after his death they spread to different countries.

What do you believe in?

The members of Gnosis consider themselves to be the invisible church of Jesus Christ and defend following a doctrine or ideological current that seeks the self-realization of the being and the development of all human possibilities through the evolution of the psyche, the soul and the body. It also considers itself a scientific school that seeks to regenerate humanity in all possible fields, and to contribute and expand scientific, artistic, mystical and philosophical knowledge (considering that these four are the pillars of knowledge).

Among some of their most notorious beliefs, they consider the salvation of the soul not through faith but through the introspective knowledge of what is divine: for them redemption is something personal and requires forgetting and leaving everything behind to reach knowledge, which is a sacrifice they must make. Likewise, they distinguish between essence, personality and ego (against which one must fight) as the main components of the human being. On the other hand, Gnosis defends the previously mentioned sexual magic , in which one should not reach orgasm.

Although Gnosis has existed for many years and is very widespread in several countries (including Colombia, where it originated, Peru and Spain), the truth is that if it has recently been under the media spotlight, it is due to the case of a disappearance: that of Patricia Aguilar from Alicante.

This young woman disappeared at the age of eighteen, in 2017, and many documents and notes related to the group were found in her room and in her diaries. It was later discovered that she had travelled to Peru, at the hands of Felix Steven Manrique.

This man, who claimed to be a spiritual leader of the Gnosis group, seduced the young woman in a way similar to that used by many sects: at a moment of vulnerability after the death of a relative and when she was still a minor, he began to contact her after the young woman entered an esoteric blog to tell a dream . Little by little she would begin to establish a deeper and deeper relationship, in which she would incite her to believe in finding salvation and in which she even ended up making the young woman leave her home to flee to Peru.

There Manrique, who considered that he needed women to repopulate the Earth after a coming apocalypse and who had kept in touch with many young people, kept her with him and two other women and their children and left her pregnant, having a daughter with her. Her conditions were terrible : when they were found both Patricia and the baby were malnourished and surrounded by filth. Fortunately, the young woman is now located and back in Spain with her baby, while the man who used her is in custody.

Gnosis version of the case

Felix Steven Manrique claimed to be a spiritual leader linked to Gnosis, but the representatives of the latter claim that although he was linked to the sect, he was soon expelled because of his mythomaniacal character. In fact, he was not a leader but an initiate who was only in the group for a few months.

Now, Gnosis indicates that the man falsified material from the sect for his own purposes, also establishing that he is going to file a lawsuit for identity theft and disassociate himself from the actions of the person responsible for manipulating the young woman from Alicante.