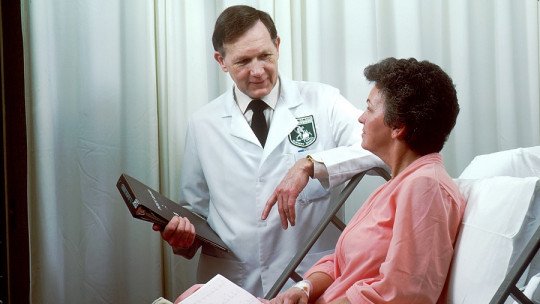 There are a number of psychological therapies that have aimed to improve the physical condition of patients with diseases such as cancer or coronary heart disease, by preventing their relapse or slowing the progression of the disease.

This is the case of Grossarth-Maticek’s Creative Innovation Therapy , a therapy that aims to reduce deaths from cancer, coronary heart disease or stroke, and increase the life expectancy of these people.

Grossarth-Maticek’s Creative Innovation Therapy (1984), was in 1991 modified by Eysenck; it is also called autonomy training. It is a behavioural therapy that aims to reduce deaths from cancer (mainly), coronary heart disease or stroke , as well as to increase the life expectancy of these people.

That is, it is a therapy aimed at type 1 (cancer) and type 2 (coronary heart disease and stroke) people reacting to stress (these types were defined by Eysenck and Grossarth-Maticek).

Thus, this therapy is used especially in cancer, and aims to modify the immune response of the oncological patient by psychological means .

The therapy proposes the development of new patterns of behavior by the patient, such as self-observation and experimentation with the consequences of their actions. These new patterns will replace the attitudes that Eysenck and Grossarth-Maticek associate with the appearance and progression of cancer. The ultimate goal will be for people to seek long-term positive outcomes in their behaviors .

Grossarth-Maticek’s Creative Innovation Therapy is designed to “hystericize” the patient, who is empowered to openly express his or her needs. Such needs were previously inhibited. On the other hand, he is also trained to become actively involved in more satisfying social interactions .

In addition, Grossarth-Maticek’s Creative Innovation Therapy assumes that unwanted behavior patterns are guided by cognitive-emotional patterns (formed by values and beliefs) that can be modified.

The therapeutic process of Grossarth-Maticek’s Creative Innovation Therapy is carried out as follows, following a series of steps or guidelines:

Through a previous and careful analysis, we proceed to identify the conflicting needs of the patient (attraction-avoidance conflicts or double bindings). In the next therapeutic stage, alternative behaviours and cognitive patterns of interpretation will be defined with the patient.

In other words, it is not so much a question of “dismantling” the structure of the patient’s emotional needs, but rather of providing solutions by changing current cognitive programs for new ones .

Through relaxation and suggestion, new or alternative cognitive interpretations are emphasized.

Finally, the third and last step or guideline includes building with the patient a concrete and well-defined program of behavioral changes .

The results obtained in various studies (carried out by Simonton and Grossarth-Maticek’s group) through Grossarth-Maticek’s Creative Innovation Therapy, show increases in the survival rates of terminal cancer patients , compared to control groups or official statistics.

Thus, the results for preventing such diseases and increasing life expectancy have been positive; furthermore, according to the authors, not only does it reduce the incidence and increase life expectancy, but it also decreases the time spent in hospital and acts synergistically with the effects of chemotherapy .

In relation to the level of evidence for therapy, this is average.

However, the interpretation of these results should be taken with caution, due to the methodological limitations of the studies.

Furthermore, although Grossarth-Maticek’s Creative Innovation Therapy provides a higher survival rate of patients, it is not clear which elements of the therapeutic package are really relevant , nor through which psychological variables they exert their effect. On the other hand, we also found that its results have not been replicated.