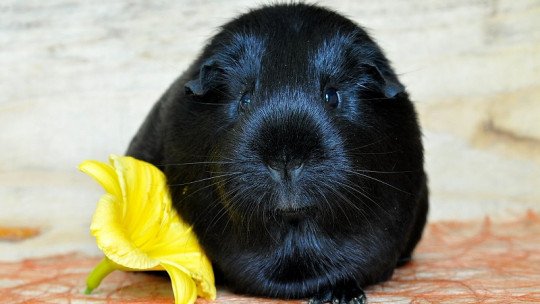 We know from many studies that domestic animals can have very interesting therapeutic applications. We have commented on this in articles such as that on cat therapy or therapy with dogs, but, as is easy to intuit, it is not necessary to use these animals specifically to see progress in different types of mental health intervention.

For example, we now know that children with some form of autism spectrum disorder ( ASD ) can find benefits in the company of some curious beings : the guinea pigs , also known as guinea pigs.

Animals that Help People with Autism

This is the conclusion reached by a team of American researchers whose article has been published in the journal Developmental Psychobiology . In particular, guinea pigs can influence young people with autism spectrum disorders by dampening their anxiety about contact with adults and by making it easier for them to focus on tasks related to others (or even to take the initiative in interacting with others).

In general terms, these rodents act as a kind of anxiolytic with social roots, since their presence or company has effects on these children that are measurable at a physiological level.

To carry out the study, the group of researchers took as reference a group of children diagnosed with an autism spectrum disorder and another group of children without any diagnosed disorder. In total, the sample of volunteers was composed of 99 children of primary school age.

The research used as an objective baseline measure the level of electrical conductivity of the skin, a way to indirectly estimate the state of mental activation and stress of children.

To study their level of electrical activation through the skin, bracelets were placed on all the youngsters and then it was seen how different activities affected these measurements. The contexts studied to compare results were

The researchers found that the electrical activity measured on the skin of children with autism spectrum disorder was higher than that of other young people in all situations except guinea pig play. Compared to the context in which they could play with toys, guinea pig play produced a 43% lower level of activation . This responded to the calming and anti-stress effect that these animals seem to have on the children with ASD who interact with them.

What is interesting about this type of study focusing on human-animal relations is that the applications of its findings are cheap and easily applicable to many cases. The company of guinea pigs has no negative effects on young people and the use of this type of measure can be combined with other therapies and forms of intervention . In addition, the animals also enjoy interaction with other living beings and appreciate the time spent playing.

There is no doubt that much progress is still to be made. Progress has been made not only in terms of intervention measures for people diagnosed with ASD, but also in the type of research that is aimed at understanding the needs of these people and the ways in which society can adapt to them. At the moment, the company of domestic animals such as guinea pigs can make things easier and make it easier for thousands of young people to learn to empathise and become involved in social dynamics of all kinds.