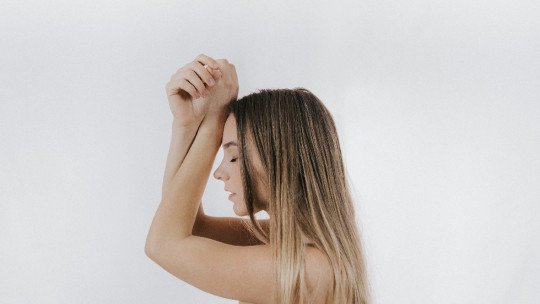 The nakedness of the human body has been the subject of ethical and moral debates for centuries . While some people consider it as a natural state of the person, others perceive a naked human body as something ordinary or vulgar, which should not be exposed to the view of other people.

When this aversion to the perception of a naked person goes beyond feelings of loathing or anger and turns into fear or exaggerated fear, we may be dealing with a case of gymnophobia.

Gymnophobia, also known as nodophobia, is a specific type of phobia categorized within the classification of anxiety disorders . In the case of this specific phobia, the person experiences a pathological fear of nudity, both of him/herself and of others.

This fear, which is experienced as an exaggerated, persistent and irrational feeling, is present in those who feel a pathological aversion to the possibility of being seen naked or seeing other people, even within those contexts where nudity is something natural and acceptable, such as the changing rooms of a gymnasium.

One of the most distinctive characteristics of people with gymnophobia is that, in certain cases, the anxiety response does not appear in a generalized way with all people, but is restricted to a small group of the population.

In the same way, through the study of cases, it has been possible to confirm that in many gymnastic patients there is a feeling of inferiority with respect to their own body , which remains underlying the development of the phobia.

These people tend to compare their bodies with those that appear in the media and publications, in which the ideals or canons of beauty are so highly distorted that they include some natural human features that are seen as imperfections, leading the person to experience high levels of distress and frustration.

This pathological terror of seeing a naked body, including one’s own, can cause great interference on the most intimate levels of the person, who may refuse to maintain physical or sexual contact, due to the anxiety caused by the idea of having to be naked in front of someone and that other someone is in the same state of nudity.

In the same way, a gymnophobe will avoid situations that involve having to take off his clothes, such as showering in a crowded locker room or even going to certain medical check-ups.

Characteristics of a phobic fear

As mentioned above, gymnophobia is an anxiety disorder, so the fear experienced in it is substantially different from a normative or adaptive fear.

Symptoms of fear of nudity

Despite the fact that the main symptom of gymnophobia is the experience of a great fear of the appearance of the feared stimulus, in this case nudity, there are many other symptoms that are characteristic of the anxiety reaction that the person experiences .

These symptoms don’t have to appear the same way in every person with gymnophobia. However, these symptoms can be classified into three different categories, depending on whether they are physical, cognitive or behavioral.

The first symptoms that a person consciously perceives when confronted with a phobic stimulus are physical symptoms. These are due to a hyperactivity of the nervous system which causes all kinds of changes and alterations in the organism:

The physical symptoms of gymnophobia are always accompanied, in turn, by a series of cognitive symptoms that manifest themselves through distorted and irrational thoughts about human nudity.

These ideas are characterized by their irrational and intrusive nature, and may also be accompanied by mental images of catastrophic content in relation to the possible dangers or threats of the phobic stimulus.

As is often the case with specific phobias, the person’s own symptoms end up interfering with or conditioning the person’s own behaviour patterns . These tend to alter the way in which the person behaves in daily life, generating two types of responses considered as behavioural symptoms: avoidance behaviours and escape behaviours.

By avoidance behaviors we understand all those behaviors that the person with gymnophobia carries out with the objective of avoiding the situation or stimulus feared. For example, avoiding entering the locker room of a gymnasium.

However, the escape behaviours originate when the subject has not been able to cope with the object of the phobia, so he performs all the possible acts or behaviours that allow him to escape from the situation as soon as possible.

At the beginning of the article, it was commented that the basis of gymnophobia can be related to a feeling of inferiority towards one’s own body, which has been enhanced or developed into a phobia.

However, there are many other factors that can play a special role when it comes to developing a phobia, the most common being highly traumatic or emotionally charged experiences, in which nudity plays a more or less relevant role.

Although it can sometimes be difficult to determine the specific origin of a phobia, there are a number of mechanisms or risk factors that may favour it. These are:

Fortunately, there are a number of very effective treatments that, regardless of how severe the phobia is , can help decrease a person’s symptoms and allow them to lead a normal pace and lifestyle.

In the case of gymnophobia, and any type of specific phobia, the most successful type of intervention is cognitive-behavioral therapy; in which, in addition to cognitive restructuring to eliminate distorted thinking, live exposure or systematic desensitization (SD) techniques are performed.

In this type of technique, the patient is gradually exposed to the situations related to the phobia, either directly or through imagination. Along with this, training is given in relaxation techniques that allow the level of physical symptoms of anxiety to be reduced.