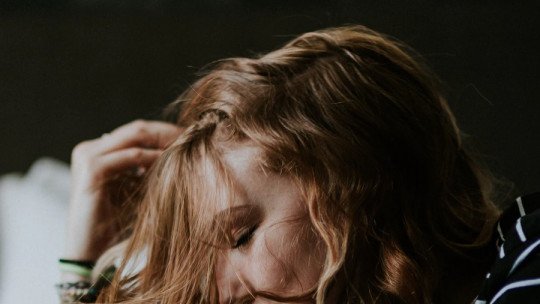 Tics can be behaviors that, although simple, can involve a significant degree of discomfort in the person who manifests them.

It is for this reason that in psychotherapy they usually work on them from the technique of the reversal of the habit , a tool that allows to introduce a behavior that prevents the appearance of the tic or not wished habit. Let’s see what this technique consists of.

What is the technique of habit reversal?

The technique of habit reversal is a type of behavior therapy that has been shown to be very effective in extinguishing repetitive behaviors, harmful habits and tics .

This technique was originally developed by N. H Azrin and R. G. Nunn, and is often used on people who perform actions that are problematic for both their physical and mental health, as well as involving a high degree of intrusion into their social life. Among these problematic behaviours we can find all kinds of tics, pulling out one’s hair (trichotillomania), biting one’s nails (onychophagy) or pinching one’s skin. The therapy is appropriate for any age group and socioeconomic background.

This is a five-stage procedure with a total of eleven techniques, as proposed by Azrin and Nunn in 1973.

In this phase the person becomes aware of the stimuli and situations that can encourage the appearance of a harmful tic , an unwanted habit or a pattern of behaviour that involves some kind of harm to him or to others.

It is here that a detailed description of the behavior to be extinguished is made, and training is encouraged to make the person take voluntary solution of the problem.

In addition, the person is trained to become aware of when he or she is performing the tic, and to detect the antecedents that encourage its appearance.

Habits or tics may be common when the person is in a period of high stress .

That is why it can be very useful to learn skills that contribute to relaxation, such as deep breathing, imagination of pleasant places, mindfulness or techniques such as yoga and meditation.

3. Training in making a response incompatible with habit

In this phase the person is made to develop a non-harmful behaviour that prevents the appearance of the habit that is desired to be extinguished.

To do so, the new behavior must have the following characteristics:

This phase is directed at both the patient and his or her close circle, usually the family .

It reviews the disadvantages of the tic or habit-problem, as well as promoting social support, getting one or more people in your environment involved and helping in the success of therapy.

It involves the performance of exercises in which the patient must imagine himself performing the technique in dangerous situations identified in the first phase .

Conditions in which it is used

The technique of habit reversal is often used in any disorder where tics are present . It should be understood that a tic is a series of movements, more or less involuntary and repetitive, or inappropriate vocalisations that are not typical behaviours for the context in which they are taking place.

However, this therapy is especially useful in trichotillomania and onicophagia, behaviors that, although depending on the degree to which they occur can be considered more or less serious, are, in essence, tics. This technique has been shown to be effective in avoiding these behaviours, which involve very variable degrees of harm in the person’s life.

Trichotillomania is a disorder in which the person suffers from a chronic compulsion to pull out his hair, which involves the loss of hair, in addition to stress and social problems. In this behavioural disorder , not only is the hair pulled out, but also a ritual is usually performed with the hair pulled out , such as eating the root, touching it with the lips, or pulling out other hair that “has the desired characteristics”.

Although it may seem a rare problem, it is one of the most common pathological behaviors, with a prevalence of 0.6% to 2.5% of the general population. It is especially high in high-stress groups such as people with psychopathology, university students or very neurotic people.

This is why the technique of habit reversal is often used with people who manifest these types of tics. In this particular case, the patient is made to see why he chooses to pull out his hair, to relate how the stress situations occur and what makes him choose this behaviour and not a healthier one, such as chewing gum or trying to relax. The idea is to incorporate a behavior that prevents the person from pulling out his hair.

This technique is also used in situations where there is substance dependence , as is the case with addictions, given that the patient, aware that he/she has a problem and must overcome it, consciously tries to stop using. However, there are certain behaviors that he finds difficult to overcome, either because he believes that they are unrelated to his problem or because he has them so automated that there is no way for him to extinguish them.

Among these behaviors we could find, for example, lighting a cigarette the same way he did with a “joint”, entering the same bars where he got drunk, although now only eating breakfast, maintaining relationships with those people who introduced him to the addiction…

These problems are usually the object of intervention in treatments for addictions, but many times they are not taken into account in their due consideration, with which a series of factors that can cause the person to fail in his fight against substance consumption are being ignored or underestimated .

That is why the technique of habit reversal can be shown to be useful in the therapeutic approach to these patterns of behavior that induce relapse into addiction. Although, as we said before, it is more focused on chronic tics, it can also be useful when extinguishing those behaviors that predispose to reuse.

Habits are incorporated that prevent the person from consuming, such as drinking a glass of water when he feels like drinking or smoking, having him play an instrument, chewing gum…