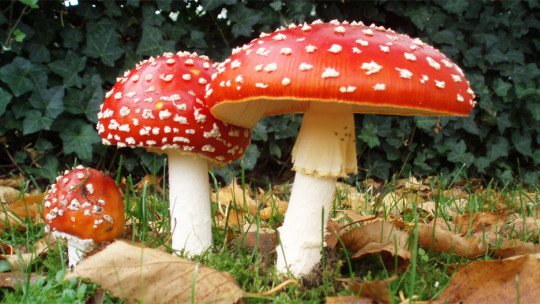 If it’s natural, it can’t be bad, right? Guided by this fallacious reasoning, there are many young people, and not so young, who firmly believe that eating hallucinogenic mushrooms will do them more good than harm.

Nothing could be further from the truth, as these mushrooms, which contain psilocybin in uncontrolled doses, are quite dangerous. A bad trip in a brain predisposed to disorders can have dramatic consequences.

It is true that ancient cultures used hallucinogenic mushrooms for all kinds of purposes , especially spiritual and religious ones. There are numerous rituals in Central America where hallucinogens are used to reach altered states of consciousness as a means to achieve certain spiritual goals.

Through the knowledge of these practices we have received part of what we know about hallucinogenic mushrooms as well as mythology and its aura of mysticism. The truth is that if we ignore for a moment all the magic paraphernalia, what we have left are mushrooms with estimated amounts of psychedelic substances .

What do hallucinogenic mushrooms contain?

In addition to psilocybin, they contain psilocin and baeocistin , which serve the same function, but to a lesser extent.

Psilocybin is a compound with psychoactive properties. : a precursor which is transformed into psilocine once ingested and metabolised. Once transformed, it acts on the brain in all its psychedelic splendour.

Due to their pharmacokinetic properties, mushrooms take between 20 and 90 minutes to be digested, pass through the liver and reach the bloodstream. It is not until then that one notices their effects, which will last between 3 and 6 hours .

However, everyone’s metabolism is different. Some people are more sensitive than others to this compound and with very little dose they can already have hallucinatory experiences. Because of this and because the amounts of the compound in hallucinogenic mushrooms are estimated, people often ingest more than they should and end up having a hard time.

Although they are called this because it is the star effect or the one that is really desired when they are consumed, there are many effects that occur at the same time .

Remember that psilocybin is a non-selective agonist of certain serotonin receptors, so it will couple indiscriminately where its structure allows, especially in the frontal cortex involved in thought, mood and perception.

Hallucinations include content of all kinds. These can be of any modality, visual, auditory, sensory, gustatory or olfactory. Since, in addition to the presence of hallucinations, one’s normal perception is sharpened and changed, both properties are mixed. It is possible to see common coloured objects that do not correspond or to perceive them as distorted forms, to appreciate with greater intensity sounds that in an unaltered state would not be the object of attention, etc.

Although most hallucinatory experiences have a positive tone and are lived in a pleasant way, the very state of mind and the state induced by the properties of the mushrooms can turn these experiences into a bad trip that will last a long time.

Many people, similar to the experience with MDMA, become more open and creative. It is possible to feel a way of peace and being in tune with other people and objects accompanied by a need to open up and share this pleasant feeling with others.

Although these wellness experiences occur in a state of deep relaxation, this is not always the case. Some people say they experience abrupt periods of anxiety during travel with hallucinogenic mushrooms . These periods can range from a few minutes to occupy the entire psychedelic experience and be extremely unpleasant, so that they break the magic of the hallucinations and turn them into a bad drink from which it is impossible to escape.

Physiological changes include sweating, tachycardia, nausea, rapid breathing and dilation of the pupils . Fortunately, hallucinogenic mushrooms do not make very drastic changes in physiology and a high dose is not as dangerous in the physical sense unlike other drugs.

Along with hallucinations and alterations in perception and thought, other kinds of unwanted effects can occur. One of the most frequent unwanted effects is paranoia , that is, the conviction that one is being persecuted or is the object of some kind of plot. This is a very aversive experience that verges on the psychotic and can set in if it becomes serious enough.

In the long term, the effects of misuse of hallucinogenic mushrooms can include persistent psychotic episodes with hallucinations, delusions and alterations in thinking, and persistent emotional disorders such as major depression or dysthymia.

Although not common, these dramatic consequences are unpredictable. Anyone who is sensitive to hallucinogenic mushrooms, who has not been well informed, who has taken too many doses, who has not been well accompanied or has consumed in an unwelcoming environment can end up developing this type of picture, which, in addition to being unpleasant, is usually not completely reversible and leaves after-effects on the personality of those who suffer from it.