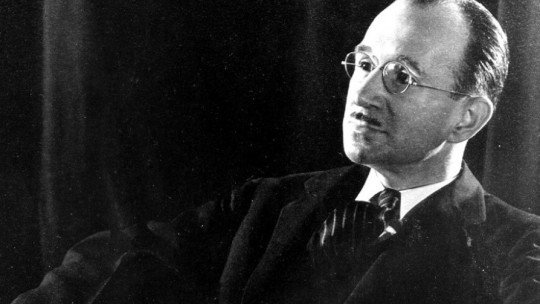 The history of the study of psychology, although relatively recent in beginning, is full of important figures and different schools and currents of thought. All of them have contributed their vision of the psyche and behavior, in some cases opposing each other. Among the different schools of thought we can find the psychoanalytic and psychodynamic current, centered on the existence of intrapsychic conflicts due to the repression of impulses and the attempt to adjust them to the reality of the environment.

One of the authors of the psychodynamic current, considered within the Neofreudians and who, like Alfred Adler and Carl Jung, distanced himself from Sigmund Freud to create his own vision of psychoanalysis was Harry Stack Sullivan, creator of Interpersonal Psychoanalysis . In this article we will review his life, making a small biography of this important author.

One of the great figures of the psychodynamic currents, Harry Stack Sullivan is known for the creation of interpersonal psychoanalysis, based on the importance of interaction between people in personal development and in the creation of identity and personality, and his expansion of psychoanalysis in the population with psychotic disorders and the application of a more empirical methodology in comparison to other psychoanalysts. The development of his theories is largely influenced by his life experience .

The family had to move due to lack of resources to a farm owned by the mother’s family in Smyrna. His early years were not easy, feeling rejected and socially isolated (it is believed that he did not have a true friendship until the age of eight, with the young Clarence Belliger) living in a majority Protestant population where Catholics were not welcome, possessing a shy nature and excelling in studies.

Despite coming from a poor family (although his mother’s family was somewhat wealthier), he enrolled at Cornwell University in 1909 after finishing high school, but for some reason (it is believed that he suffered a psychotic break that led him to be detained in an institution) he did not finish his studies there, having only completed his first year.

Over time, Sullivan would gain entry to the Chicago Medical School in 1911, graduating in Medicine and Surgery in 1917.

The fact that World War I began in 1914 led to his being called up, participating in the conflict as a military doctor in the Army Veterans’ Medical Corps.1921 saw him begin work at Saint Elizabeth’s Hospital in Washington, where he met neuropsychiatrist William Alanson White and worked for the first time with schizophrenics. Together with him, Sullivan would work to adapt psychoanalysis to the psychotic population, especially in the case of schizophrenia .

A year later, he would go to work for the first time as a psychiatrist at Sheppard & Enoch Pratt Hospital, where he would excel in quickly connecting with patients and getting good results.

During his stay at the Sheppard % Enoch would meet Clara Thompson, with whom he would share his affinity for the treatment of schizophrenia and become one of his closest friends. She would introduce him to her mentor Adolf Meyer, from whom Sullivan would learn the practice of psychoanalysis while remaining skeptical about the orthodoxy of classical psychoanalysis.

Likewise, in 1926 (the same year her mother died) she met the anthropologist and ethnolinguist Edward Sapir , whose collaboration would make her interested in the study of communication and its effects. Through him she met George Mead, from whom she would acquire many concepts.

Also interested in Ferenczi’s ideas, he proposed to Thompson to go to Budapest to be analyzed by him in 1927. On her return, Thompson would become Sullivan’s analyst, which would eventually lead to his acceptance into the American Psychoanalytic Society. Also in 1927 she would meet a young man named Jimmy who she would eventually adopt and make her secretary and sole heir.

All of these circumstances meant that during his stay in the hospital (from which he was to become the Director of Clinical Research), Sullivan based himself partly on the theory of Sigmund Freud (with whom he never came into contact) and on the contributions of other disciplines to develop a model that could explain the circumstances that could lead to a psychotic crisis. This would mean that he would end up elaborating his interpersonal theory, which would eventually lead him to found interpersonal psychoanalysis .

Sullivan would be aware of the importance of bringing together the contributions of various disciplines, which would lead him to try to found several organizations together with other professionals. However, some of these companies would virtually bankrupt him.

From 1930 onwards, he would leave his position at Sheppard Hospital (despite the fact that he was very active in the creation of a new centre and his work was not granted and the provision of funds for his research began to be cancelled) and move to New York.

Three years later, he founded the William Alanson White Foundation with other professionals, then created the Washington School of Psychiatry in 1936 and finally the publication Psychiatry in 1938. He would also collaborate with several hospitals and universities, serving as professor and head of the department of psychiatry at Georgetown University. Later on, from 1940 onwards, he would carry out several collaborations with the World Health Organisation and Unesco .

Sullivan would die on January 14, 1949 in Paris from a brain hemorrhage while resting in a hotel room where he was staying overnight on his way back from a meeting of the World Federation for Mental Health in Amsterdam.

Although he may not be as well known as other authors of the psychoanalytic current, Sullivan’s contributions have had a wide repercussion in the world of psychology, serving as a basis for authors as well known as Carl Rogers.