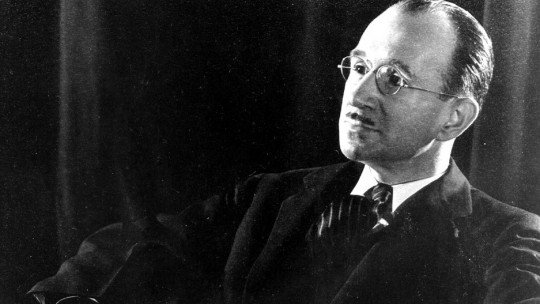 Harry Stack Sullivan’s interpersonal theory of personality development is one of the best known in the field of psychoanalysis.

In this article we will describe the main concepts and postulates of this model, whose focus on interpersonal relationships significantly influenced subsequent developments in psychotherapy.

Sullivan defended a conception of psychiatry according to which this science should have as its object of study the interactions between human beings. In this way he highlighted the fundamental relevance of interpersonal relationships (both real and imaginary) in the configuration of personality, and consequently also of psychopathology.

For this author, personality can be defined as a pattern of behavior related to situations of interaction with other people. It would be a stable and complex entity, determined both by innate physiological and interpersonal needs and by learning through early experiences and the process of socialization.

In this sense, the personality would be progressively formed according to the contact with the social environment and the own capacity to satisfy the needs, as well as the tension that these cause from a biological point of view as well as from a psychological one. Failures in this type of learning and the lack of psychological adaptation would lead to pathology.

H. S. Sullivan’s theory of personality, and in particular his focus on social interactions, led to the emergence of the school of interpersonal psychoanalysis . This school also differs from the Freudian variant in its interest in individuality and in the importance it gives to the mutual relationship between therapist and patient.

According to Sullivan, the construct we know as “personality” is composed of three stable aspects: dynamics and needs , the Self System and personifications .

They all develop from interaction with other people and from how we resolve our physiological and social impulses.

Interpersonal psychoanalysis defines two major sets of human needs : those of self-satisfaction and those of security. The former are associated with physiology and include food, excretion, activity or sleep; security needs have a more psychological character, such as the avoidance of anxiety and the maintenance of self-esteem.

Dynamisms are complex and more or less stable behaviour patterns that have the function of satisfying a certain basic need – or, in Sullivan’s words, of “transforming the physical energy of the organism”. There are two types of dynamisms: those related to specific parts of the body and those associated with experiences of fear and anxiety.

The Self System develops throughout childhood as we experience anxiety and relieve it through others. It is a psychic structure that fulfills the function of managing anxiety, that is, dealing with the needs of security . With age it also adopts the function of protecting self-esteem and social image.

Sullivan uses the term “embodiment” to refer to the ways in which children interpret the world: attributing to individuals and groups characteristics of others, based on both interaction experiences and personal beliefs and fantasies. Personifications will have a great importance in social relations throughout life .

Modes of experience: the development of the mind

Following Sullivan’s approach, personality is formed through the transfer from the interpersonal to the intra-psychic. Thus, if a person’s needs during childhood are satisfactorily met, he or she will achieve a sense of self-confidence and security; if not, he or she will develop a tendency to feel insecure and anxious.

The ways in which we experience our physical and social environment change according to age, the degree of language mastery and the correct satisfaction of needs. In this sense, Sullivan described three modes of experience: the prototaxic, the parataxic and the syntax. Each one of them is subordinated to the ones that appear later.

Babies experience life as a succession of unrelated organ states. There is no conception of causality and no true sense of time. Progressively they will become aware of the parts of the body that interact with the outside , in which there are feelings of tension and relief.

During childhood, people differentiate themselves from the environment and obtain knowledge about the ways to satisfy their needs; this allows the appearance of personal symbols through which we establish relationships between events and sensations, such as those of causality.

Sullivan spoke of “paratactic distortion” to refer to the emergence of experiences of this kind in more advanced stages of life. They consist fundamentally in relating to others in a way equivalent to that which occurred with significant persons in the past; this would manifest itself in the transference, for example.

When personality development occurs in a healthy way, syntactic thinking appears, which has a sequential and logical character and is constantly modified according to new experiences. In addition the symbols are validated through consensus with other people, which gives a social sense to the behaviour.