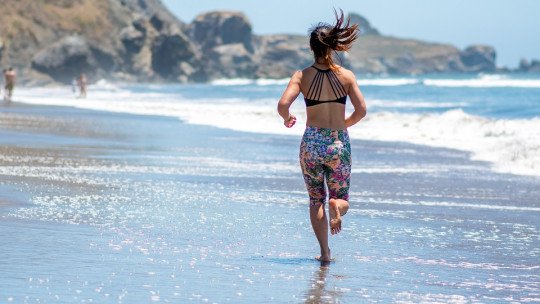 There are a number of disciplines within psychology. While some of them focus on research, the group setting or clinical practice, Health Psychology focuses on health promotion and the psychological treatment of physical illness.

In this article we will review the history of this branch of the profession, put it in context, define it and describe its objectives.

What do we mean by “health”?

In the preamble to its Constitution, drafted in 1948, the World Health Organization defined health as “a state of complete physical, mental and social well-being , and not merely the absence of disease or infirmity”.

The definition itself emphasizes making a distinction with the old conception of health as the simple absence of physical problems; currently, the term “health” is used to refer also to psychosocial variables that influence human biology , which gives a key role to Health Psychology.

Other definitions place health and disease on a continuum. Thus, at one end we would find total health, while at the other end would be premature death due to lack of health.

Likewise, more and more importance is given to understanding health as a state and as a resource that allows the achievement of goals and to cover the needs of individuals and social groups in relation to their environment.

The functions currently performed by Health Psychology have traditionally been the subject of attention from various disciplines.

We can consider that the emergence of Health Psychology was a slow and progressive process. In this we find several key moments and contributions that need to be mentioned in order to understand the development of this field.

The biomedical model and the biopsychosocial model

Traditionally, health has been understood from a dualistic perspective that separates body and mind. This point of view would be included in what we know as the “biomedical model”, which became popular in the West during the Renaissance, a period in which there was a re-encounter with science and reason, overcoming the religious explanations that prevailed at that time.

In the late 19th and early 20th centuries, progress in medicine led to a change of direction in this and related fields. In addition to the improvement in medical interventions and in quality of life in general, infectious diseases, which until then had been the main focus of medicine, could be treated more effectively. This shifted medical attention to chronic lifestyle diseases such as cardiovascular disorders and cancer.

The biopsychosocial model proposed by Engel ended up replacing the biomedical model. Unlike the latter, the biopsychosocial model highlights the relevance and interaction of psychological and social factors together with biological ones. This perspective raises the need for personalized and interdisciplinary treatments, since the intervention must address the three types of variables.

Johnson, Weinman and Chater (2011) point out several close antecedents fundamental in the emergence of Health Psychology as an independent discipline.

Among these, the obtaining of epidemiological data that relate behavior to health , the appearance of Psychophysiology and Psychoneuroimmunology, and the addition of behavioral science and communication skills (to improve the relationship with patients) to medical training stand out.

Also fundamental was the development of disciplines such as Psychosomatic Medicine and Behavioral Medicine . Both focus on the treatment of physical illness through psychological intervention techniques, although psychosomatics emerged from psychodynamic approaches and behavioral medicine from behaviorism.

Currently the term “Behavioral Medicine” is used to name an interdisciplinary field that includes contributions from psychology but also from other sciences, such as pharmacology, nutrition, sociology or immunology. This gives it a wider scope than Health Psychology.

The emergence of Health Psychology as a discipline

Since then, Health Psychology has specialized in the treatment of physical and psychological illnesses , such as depression. However, the advance of this branch of psychology has been more rapid in some countries than in others due to its relationship with public health; for example, in Spain the scarce government investment in psychology makes Health Psychology a relatively infrequent specialization.

Defining Health Psychology: what is it?

Although Health Psychology does not have an official definition, Matarazzo (1982) described it as a field that encompasses diverse contributions of psychology in relation to education, science and the profession, applied to health and illness.

The American Psychological Association proposes that Health Psychology is an interdisciplinary field that applies the knowledge obtained by psychology to health and illness in health programs . These interventions are applied in primary care or in medical units.

What exactly are the differences between Health Psychology and Clinical Psychology? In the Spanish context, it is easy to confuse these two branches of psychology, given that both fit with the idea of intervention in patients with problems that make them suffer or limit their autonomy. However, do not deal with exactly the same thing .

The objective of Clinical Psychology is to diagnose and offer psychotherapy to people who may have developed a psychological disorder, that is, one that targets mental health in the face of cognitive, emotional or behavioral alterations whose severity sometimes exceeds the threshold of the clinical and damages mental health. Health psychology, on the other hand, does not focus its efforts on psychotherapy to reverse the symptoms of OCD, bipolar disorder, or other such complications, but rather tries to encourage the patient’s healthy habits in a broad sense, as well as to ensure that he or she is informed and knows how to prevent and cushion the discomfort produced by a given physical or mental illness.

However, it should be noted that this difference in categories depends on the regulations of each country , and in certain places Clinical Psychology could be practically a synonym for Health Psychology.

For Matarazzo, Health Psychology has several specific goals that we will describe below.

This is one of the most characteristic aspects of Health Psychology. Traditionally, medicine has been insufficient in the treatment of a good number of diseases, especially those that are chronic and require a change in habits, such as cardiovascular diseases or respiratory problems due to tobacco consumption.

Psychology has a greater number of resources for improving adherence to treatment and the relationship n between the professional and the patient. Both variables have been shown to be fundamental in the effectiveness of medical treatments.

2. Prevention and treatment of diseases

Both Medicine and Clinical Psychology have historically focused on the treatment of disease (physical and mental, respectively). However, both have neglected disease prevention, an aspect that cannot be avoided in order to achieve full health.

Health psychology has been applied to a large number of physical illnesses. These include cardiovascular disorders, cancer , asthma, irritable bowel syndrome, diabetes and chronic pain, such as those resulting from fibromyalgia or headaches.

Likewise, the Psychology of Health is key in the prevention of problems derived from unhealthy habits , such as those produced by smoking or obesity.

3. Identification of etiological and diagnostic correlates

Health psychology should not simply be devoted to applied tasks of prevention and treatment of diseases, but also to actively investigating which factors influence their appearance and course.

In this sense, Health Psychology would include contributions from epidemiology, basic psychology and other fields of research useful for various health-related disciplines.

4. Analysis and improvement of the health system

This aspect of Health Psychology is key and implies a political component, in the sense that the health measures recommended by Health Psychology professionals should be implemented through the public health system to reach a greater number of people.

However, as we have said previously, depending on the country in which we find ourselves, this objective is not unrealistic.

Perspectives on this area

There are two main perspectives regarding the direction that Health Psychology should take, which is still a very young field today.

One of them states that the discipline should specialize in bringing the knowledge of psychology to physical illness; Health Psychology would be conceived, therefore, as an equivalent for physical health of what Clinical Psychology is to mental health . However, this entails a regression to the dualistic conception of the human being, with the separation of body and mind as independent entities.

The other point of view proposes that Clinical Psychology and Health Psychology actually belong to the same field of action. The major difference between both would be the emphasis on prevention by Health Psychology, as opposed to the traditional focus of the Clinic on the pathological.