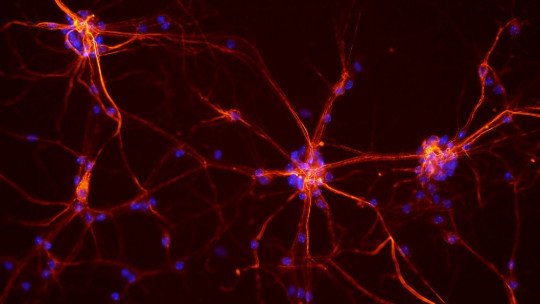 The so-called Hebb’s law , proposed by neuropsychologist Donald Hebb, states that synaptic connections are strengthened when two or more neurons are activated contiguously in time and space. When the firing of the presynaptic cell is associated with the activity of the post-synaptic cell, structural changes take place that favour the appearance of assemblies or neuronal networks.

In this article we will analyze the main approaches of this theory, which had a seminal influence on neuropsychology: among other aspects, it is considered that Hebb’s rule inspired the concept of long-term empowerment and the models of neural networks that explain learning and memory.

Role of Neural Plasticity in Learning

From the neuroscience point of view, the biological basis of learning lies in neuronal plasticity . This concept refers to the capacity of the nervous system to modify the nature and strength of synapses, that is, the connections between neurons that allow the transmission of electrochemical impulses.

In recent decades, the hypothesis that our brain stores information in neural networks has gained great popularity and strong scientific support. The structure of the nervous system and the relationships between its elements constitute the information we process; memory, in turn, consists of the activation of these networks.

The origin of this type of approach goes directly back to a concrete hypothesis: the theory of cell assembly by Donald Hebb . The study of neural networks, which constitutes a nuclear framework in current cognitive neuroscience, has been developed around the basic principles proposed by this author.

In 1949 the psychologist Donald Hebb published the book “The Organization of Behavior”, where he developed a pioneering theory on the neural basis of learning. Although Hebb’s proposal is called “Cellular Assembly Theory”, it is usually referred to by the term by which its basic principle is known: Hebb’s law.

Hebb’s rule states that if two neurons are active at approximately the same time their connections are strengthened . Specifically, Hebb stated that if the axon of neuron A is close enough to cell B and repeatedly contributes to firing it, certain structural or metabolic changes will increase the efficiency of such a synapse.

Specifically, this would cause the appearance of terminal buttons, or the enlargement of others already existing, in the axon of the presynaptic neuron; these would be in direct contact with the soma of the postsynaptic cell. The physical and functional association between different neurons would give rise to engrams or cell assemblies -today “neural networks”.

Thus, the stronger the contingency between neuronal activation and a certain type of stimulation , the greater the probability that the relevant neuronal networks will trigger impulses when the stimulus is produced again. This also explains why practice or review makes it difficult for synapses to weaken (as happens in forgetting).

For this to happen, Hebb proposed, it is necessary for the first neuron to be activated immediately before the second; if the neural trigger occurs at the same time in both cells, however, there is no causality in the synapse, so the connection would not be strengthened in the same way.

However, this law explains only the strengthening of associations, and not their formation. Thus, learning is based on the consolidation of pre-existing synapses , determined fundamentally by biological and genetic variables. According to Hebb, each neuronal circuit can be directly related to a learned activity.

Influence of this neuropsychological model

Hebb’s proposal had a strong impact on neuropsychology, becoming the core of many approaches developed in the following decades, and it is still a very important reference in this field today.

In the early 1970s a very relevant mechanism for learning was discovered: long-term empowerment, which consists of the consolidation of memories through repeated experience. Thus, short-term memory is established by structural changes (gene expression, protein synthesis and changes in synapses).

The validation of this model supported Hebb’s fundamental thesis, determining the concrete biological bases that explain his law. Today we also know with certainty that long-term potentiation is limited exclusively to neurons that are active at the same time, and that if several synapses converge on the same neuron they are further strengthened.

One of the most recent applications of Hebb’s rule relates to mirror neurons , which are activated both when we execute a behavior and when we see another living being doing the same and are understood as the basis of empathy and the theory of mind. It has been found that relevant synapses are strengthened by following Hebb’s law.