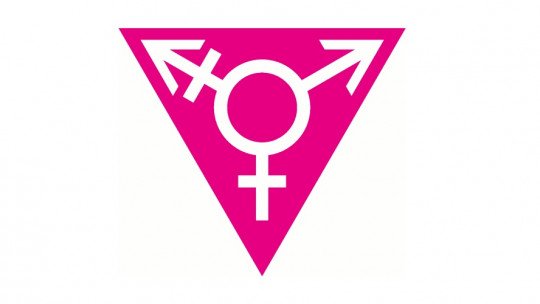 The sexual differentiation of the human embryo is an extremely important stage during the development of the pregnancy. It determines the biological sex of the person and the subsequent sexual development of this person.

In the case that the gestation takes place without any alteration, the sex of the embryo will be female &amp;quot;by default&amp;quot;, carrying out a series of chain reactions at the genetic and hormonal level so that the embryo develops as a male.

But there are a number of cases in which certain causes, sometimes unknown, cause this process to be altered, giving rise to phenomena such as hermaphroditism or intersexuality .

On a general level, hermaphroditism is an expression used in biology to name those organisms that possess reproductive organs corresponding to both sexes . Specifically, except for humans, those creatures or organisms catalogued as hermaphrodites are capable of producing sex cells, also called gametes, both male and female.

As far as people are concerned, some cases have been described as similar to hermaphroditism, which are determined as pseudohermaphroditism since there is no possibility of reproduction of both forms. Even so, from a gender perspective, the most appropriate term to describe people with these characteristics is intersex.

An intersex person has a modification in his body, due to this modification he has a divergence between his genitals and his sex ; he can present genetic and phenotypical characteristics belonging to both sexes, in variable proportions.

A widespread myth is the belief that an intersex person simultaneously possesses fully developed and functional male and female sexual and reproductive organs . However, what characterizes intersexuality is that, unlike the hermaphroditism seen in other animals, an intersexed person possesses a genital indetermination that can occur in different degrees and can manifest itself during any stage of life.

Human intersexuality can be divided into several categories according to the causes that have given rise to it.

In this type of intersex, the person is born with the chromosomal characteristics of a woman and the ovaries of the female sex , but the phenotype, or external appearance of the genitals, is male.

This phenomenon is most commonly caused by excessive exposure of the fetus to male hormones . In this way, during gestation the labia majora are joined and the clitoris increases in size until it reaches the appearance of a penis. As for the rest of the female reproductive organs, such as the uterus or the fallopian tubes, they usually develop correctly.

This alteration would be the opposite of the previous one. In these cases the person has male chromosomes , however the genitals are visibly female or imprecise in any case.

As for the formation of the internal reproductive system, the testicles may have developed normally, but cases have been described in which they suffer from some malformation or even fail to form .

For a correct development of the male genitals, both internal and external, a good stability of both types of sex hormones is necessary. Some of the reasons why this is sometimes not the case

In these cases the person possesses in the same way both ovarian and testicular tissue . This phenomenon was known as true hermaphroditism, since the person can possess such tissue in the same gonad, which is known as “ovotestis”, or possess one ovary and one testicle at a time.

At the chromosomal level, true gonadal intersex can occur in both XX and XY , and the external genitalia can appear male, female, or ambiguous. The causes of this type of intersex are still unknown in humans.

The latter category includes a number of disorders in which there is no difference between internal and external sexual structures . Rather, alterations occur in the levels of sex hormones and in overall sexual development.

The symptoms of intersexuality vary in degree and frequency, depending on the underlying causes.

The main symptoms are:

In order to make a good diagnosis of intersexuality, and a possible subsequent treatment, it is necessary to carry out a series of tests by medical personnel. These are:

Given the complexity of these alterations and the complexity of human sexual development, it is necessary for a multidisciplinary team to work with both the individual and the family, both on a medical and psychological level.

Traditionally, the procedure to be followed was the assignment of sex according to the external genitalia , instead of taking into account the chromosomal configuration, leaving no room for ambiguity and recommending early surgery in which the testicular or ovarian tissue that was not suitable was removed.

However, over time much of the medical community observed that this procedure caused great interference in the person’s sexual development , so today the view on how to intervene in cases of intersex has changed.

Currently, both chromosomal and hormonal elements are taken into account, as well as the psychological and behavioural aspects that shape sexual identity; taking time when performing any surgery and involving the person in the choice of their sex.

With support, understanding and appropriate professional intervention, the prognosis for intersex people is extremely positive, and they can develop their own healthy and uncomplicated sexuality.