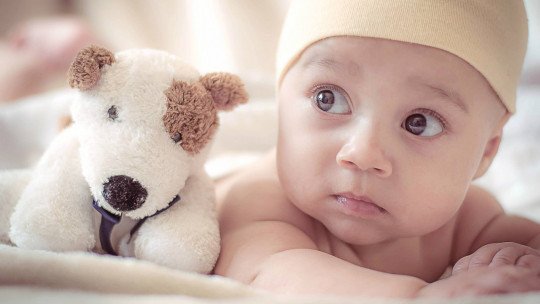 Raising a baby is something that for most people is beautiful, but it’s definitely not easy. After all, we are talking about a completely vulnerable and dependent being with multiple needs that we must be able to meet, and who at least initially is not able to express them in a specific way, often with crying being the only way to communicate their needs or the existence of discomfort or some kind of deprivation (such as hunger or desire for contact) that they know.

Every baby has its own way of being, its own temperament: some cry a lot or a little, are more curious or afraid, more active and more sleepy. And some of them are particularly demanding, which is why some authors have even proposed the term for babies in high demand to designate them .

What is a high demand baby?

High demand babies are those children who require and ask for attention continuously , crying frequently and waking up during sleep more often than usual. This term was created by William Sears, from the observation of the behaviour of one of his daughters.

In addition to the above characteristics, there are many others that are defining. Among them is the fact that they are often unable to calm themselves and present a high level of distress in the face of separation from their caregivers, with whom they are absorbed and to whom they demand care. They also often require continuous physical contact. These babies often seek to breastfeed, which also tends to relax them greatly.

It is frequent that they present a certain level of sensory hypersensitivity , in such a way that they seem to capture with greater intensity the stimulation coming from the different senses. They are usually awake and attentive, slightly hyperactive (not in the sense of a disorder but in the sense of being highly alert and moving). Also in many cases a high level of curiosity, sociability and creativity can be observed, as well as a high capacity of motivation. One of the characteristics that stand out the most in them is the high level of insistence and energy in what they do. It is also frequent that they may appear to be muscularly tense. To consider a baby as in high demand, it is necessary that at least most of these characteristics are met.

Finally, although it is not something definitive, the truth is that many of these babies have high cognitive abilities and sometimes a certain level of precocity, learning earlier and more easily than others. In other words, they are intelligent children whose initial characteristics may (though not necessarily, depending on how they are managed) end up evolving into highly valued abilities and skills in adulthood.

Regardless of the characteristics of this type of baby, it is essential to emphasize one fact. We are talking about babies that present common characteristics, but we are not dealing with babies that present any type of pathology per se . However, it is possible that the reason for a baby to cry is the pain produced by some type of pathology and this may lead to them demanding more help.

If, for example, a baby cries every night at four o’clock in the morning, it is not because he is especially demanding, but we are talking about a behaviour that is common to all or almost all babies. All babies demand attention, they cry and have different frustrations and complex behaviors that we can often not understand.

In addition we have to take into account that in some cases the presence of a high demand may be due to the fact that we are not able to understand our baby’s needs. It is not that we are bad parents, but a possible lack of understanding of our baby’s way of being that makes it difficult for us to respond with the type of stimulation and affection that the child needs .

High demand babies are characterized, as we have said, by the need for continuous attention from parents. The high demand of these children can confuse and even cause uncertainty for many parents about how to act. That is why it is not superfluous to offer some brief guidelines for action.

The first thing to keep in mind is that the high demand baby is a vulnerable being who is expressing a real need , being something unintentional on his part and not a way to manipulate us or get something out of us.

While there is controversy about whether or not their search for contact should be answered, the fact is that it has been shown that responding to them tends to make them grow up thinking that the world is a safer place and that they have greater capacity for self-esteem and defence of their rights. It is important that the baby feels loved and learns to recognise positive emotions . Likewise, we should also work on our emotions.

In addition, it is important to note that we do not have to feel guilty about their crying. Usually the cause of these is not going to be anything we have done or not done, but simply a manifestation of one of his feelings or the emergence of some need.

As we have said, these children are very active and curious, so stimulation can draw a lot of attention to them. But they are also highly sensitive to it, so we must try to watch the type of stimuli that they receive. It will be helpful to calm them down when there are unexpected stimulations, such as loud noises. Showing calm behavior to them, and even to their demands for attention, can serve as an example and relax them.

Something that may seem logical but that can haunt many parents and generate doubts is the fact that it is also normal to feel overwhelmed. A very relevant aspect that we have to work on is to take care of ourselves and from time to time do some pleasant activity without having to be on top of the child. We are not worse parents for wishing to have a moment of tranquillity , and there will be times when we may need external help (for example, from grandparents or uncles) in order to lower the level of tension.

Criticism of this denomination

The consideration of what is a high demand baby and the fact of classifying it has generated numerous criticisms at a general level. Although it is true that there are children who have this type of temperament, more demanding in comparison with others, labelling them could be considered a way of pathologising (although this is not what the category claims) a behaviour that on the other hand is normal in a child that depends on parental care to survive.

Another criticism of this category is the fact that there is no boundary between what is and what is not a high-demand baby: any of us can consider our child to be hypersensitive, absorbent and ultimately demanding since there is no clear time limit or frequency that differs from what another baby would do. In other words, it is possible to detect that a child is demanding or not, but not so much in determining where the limit would be.