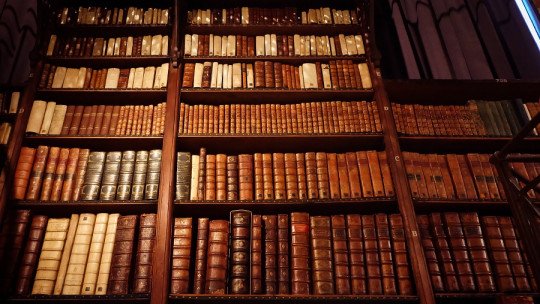 What is historiology? What does it do? How does it differ from history and historiography?

In this article we will answer these questions about this discipline of knowledge related to history and, in addition, we will mention two of the most prominent authors in this field.

What is historiology? The DRAE (Dictionary of the Spanish Language) defines this discipline as the “study of the structure, laws and conditions of historical reality”.

Etymologically, the word “historiology” comes from the Greek “iotopia” (which means history), and also from the verb “iotopeiv” (which means to investigate past knowledge) and from the term “logia” (which means science, treatise or study). It is translated as the discipline that studies (in a scientific way) history or historical facts .

It also translates as the theory of history, and has the function of studying the structure, laws and conditions of historical reality. Thus, it consists of a discipline of knowledge, which studies, describes and analyzes historical facts. How does it do this? Through different techniques of collection and analysis of records, historical samples, data analysis…

Historiology has a lot of relationships with other branches or disciplines of knowledge, such as: historiography (similar to historiology, it is the science that studies and writes history) and the methodology of history (which encompasses the methods used by historians to manage their sources and, ultimately, to work).

Historiology encompasses the set of explanations, methods and theories that allow us to understand and explain how and why certain historical events happened in such a way and not in another .

The word historiology was born in 1971 by the Spanish philosopher and essayist José Ortega y Gasset. Specifically, Ortega y Gasset uses this term for the first time in a text of his called History as a system (1971).

Through this text, the philosopher exposes the human being as a historical subject, who has the intrinsic need to analyze the events of the past in order to understand the present, as well as his own identity.

Ortega y Gasset gradually introduces the term historiology when he explains that, according to him, historical data are not important (and cannot be understood) without an observation through a method that analyses and describes them .

Thus, he defines historiology as the “epistemology of history” (we will see what epistemology is later). According to him, historiology is the discipline that is based, among others, on historiography, and that has the mission of identifying what causes and what consequences lie behind historical reality.

What does this discipline do?

Thus, historiology has two central functions or missions: to describe and to analyze. More specifically, it is also concerned with identifying what keys, patterns and/or causes allow us to understand the events or processes that took place throughout history.

What does a historian do?

Historians are professionals in the field of historiology, and as such, are concerned with the scientific study of historical events.

These people are specialists in their field, and know part of the philosophy and history. They are in charge of studying the norms, causes, precepts and/or conditions of history (this is called epistemology).

For its part, epistemology is a branch of knowledge (“independent” of historiology, although it is related to it) in charge of studying scientific knowledge, that is, its origin, scope, nature, foundations and possibilities .

So, in reality, historiology and epistemology are strongly interrelated.

In the study of historical events and of history in general, we find disciplines and sciences so similar, with names so similar … that this may cause us a little confusion.

Therefore, we will clarify the role of each of these disciplines: historiology, historiography and history. In addition, we will see how each one differs from the others.

This is an epistemological area, as proposes a theory of knowledge about historical events . This is the discipline we describe in this article, and it encompasses all the explanations, theories and methods used to explain how, when and why certain historical events or processes occurred.

It also analyses socio-political trends, and why they occur in certain places or locations and not in others.

For its part, historiography (not to be confused with historiology), encompasses only the different techniques and methods used to describe historical events (already recorded) . In this discipline, the historical method is essential (as well as its correct use).

Finally, history is the science that studies historical facts, that is, the past, as well as the influence and weight that these have had in the present. Furthermore, the study of these facts also serves as a basis for understanding future facts or events .

Two of the most prominent authors in historiology were:

Already mentioned in this article, it was the author who introduced the term historiology, and who made its birth and consolidation possible to a large extent. Spanish philosopher and essayist, José Ortega y Gasset (1883-1955) is surely the most prominent and important figure in historiology .

A relevant contribution of Ortega y Gasset was the following: he maintained that history had erroneously introduced the structure of scientific knowledge, and therefore he encourages the new professionals of historiology to do it properly, that is, through a more accurate interpretation of scientific knowledge.

Karl Marx (1818-1883) was an intellectual, philosopher, economist, and sociologist well known for his movement called “Marxism. Marx analyzed in a conscientious way the historical events, through the current of the materialistic philosophy .

According to him, the way in which man has developed production (that is, the different economic activities that we develop as a society), is what has defined and made possible the different historical events of all cultures, and all over the world.

In other words, according to Marx, the modes of production influence culture, politics and even legal laws, and allow us to approach the why (and even the how) of historical events.