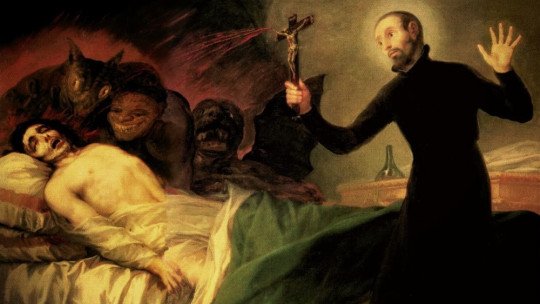 What we understand by psychotherapy today has existed since the beginning of time, although it has not always had the same form. However, the fundamental role of speech and habit change as methods of achieving mental health has been recognized by most human societies.

In this article we will describe in a synthetic way the history of psychotherapy and clinical psychology . In order to do so, we will take a journey from the Ancient Age to the emergence of cognitive-behavioral therapy, the predominant model today.

Psychotherapy through the ages

In ancient times our ancestors attributed unexplainable phenomena to the action of supernatural forces such as gods, demons, and spirits. Psychic life and mental disorders were no exception.

The Egyptians saw suggestion as a form of magic that could be used as a complement to medical treatments , and the Greeks believed that physical and mental illnesses depended on the imbalance of the body’s four fluids or humors. Similarly, in China, health was understood as the balance between life forces.

It is believed that the first psychotherapies emerged in the Islamic world . Between the 10th and 12th centuries AD, thinkers and physicians such as Abu Zayd al-Balkhi, Zakariya al-Razi and Avicenna introduced the concepts of “mental health” and “psychotherapy” and described a large number of neuropsychological disorders.

The appearance of psychotherapy in Europe was delayed until the Renaissance, since in the Middle Ages the yoke of Christianity blocked progress in this field. For many centuries, mental health problems were linked to demonic influences .In fact, mesmerism and hypnotherapy, practised by Mesmer, Puységur or Pussin, were some of the first properly European psychological treatments, in the 18th century.

Later, the influence of the rationalist and empiricist philosophers promoted the consolidation of psychology as a social science . The alienists Pinel and Esquirol were decisive in the development of moral treatment, which defended the rights of psychiatric patients against the abuses of religious “therapies”.

Charcot’s studies on hysteria and other neuroses, as well as Janet’s work on dissociation, influenced the emergence of Sigmund Freud’s psychoanalytic theory , which postulated that human behavior is fundamentally determined by unconscious factors and by experiences lived in childhood.

At the same time, at the end of the 19th century, Granville Stanley Hall founded the American Psychological Association (or APA) , which is still the main organisation of the profession today. Clinical psychology also emerged during this period thanks to Witmer’s work with children with learning disabilities at the University of Pennsylvania.

The rise of behaviorism

Although psychoanalysis continued to be strong during the first half of the 20th century, behaviorism became the predominant orientation in this period. The contributions of Thorndike, Watson, Pavlov, and Skinner made observable behavior the focus of psychological analysis and promoted the development of brief behavioral therapies.

Skinner himself devised a number of techniques based on operant conditioning, mainly reinforcement. Wolpe created systematic desensitization, the antecedent of modern exposure therapy, while Eysenck compiled the available evidence on the lack of effectiveness of psychoanalysis as a treatment.

Behaviorism was key in the evolution of psychotherapy, but in the 40s and 50s different perspectives appeared that reacted to behavioral reductionism , which minimized the relevance of thought, emotion and will.

The existential psychotherapies of Viktor Frankl, Otto Rank or R. D. Laing emerged from psychoanalysis. The same happened with Rogers’ client-centred therapy, which managed to focus the psychotherapeutic interest on the existence of factors common to the different orientations that explain the effectiveness of the therapy.

Carl Rogers and Abraham Maslow were the two pioneers of humanistic psychology. These authors were of the opinion that the human being has a natural tendency towards self-realization and personal growth , and they defended psychotherapy as a method to help clients develop as people, based on their values. In this humanist current we also find Gestalt therapy, created by Fritz Perls and Laura Perls in the middle of the century, although it appeared somewhat before Rogers and Maslow developed their ideas.

Later, in the 1960s and 1970s, authors such as Wilhelm Reich and Alexander Lowen popularized body psychotherapies, which reclaimed the body as the center of the human experience. However, their theories were dismissed by the scientific community for their lack of empirical soundness.

Systemic and family therapies appeared from the 1970s onwards with the popularization of the General Theory of Systems and the contributions of the Milan School, the Structural School and the Mental Research Institute of Palo Alto. While existentialism and humanism were being diluted, systemic therapy was consolidated during the following years.

Cognitivism: return to the mind

Cognitive orientation had its predecessor in George Kelly, who argued that people understand the world through idiosyncratic psychological constructs. However, the turning point was assumed by Ellis and Beck’s therapies, which emerged in the 50s and 60s .

Albert Ellis’ Rational Emotional Behavioral Therapy (REBT) focused on the technique that would later become known as “cognitive restructuring”. For his part, Aaron Beck developed Cognitive Therapy for depression, a highly structured and systematized procedure that served as a model for many other similar therapies.

Although cognitive therapies emerged independently, in many cases from authors trained in the psychoanalytic tradition , the truth is that behaviorism and scientific psychology also had a great influence on them. These complementary models ended up converging in cognitive-behavioral therapies.

At least since the 1980s and 1990s the focus of psychotherapy has been on demonstrating the effectiveness of treatments for specific disorders and problems. This has been greatly influenced by the American Psychological Association, which is predominantly cognitive-behavioral in orientation.

The turn of the century has also brought a boom in therapeutic eclecticism . Although cognitive-behavioral therapy has been consolidated as a global framework for action, a large number of professionals and interventions have popularized the use of techniques from various orientations to compensate for the limitations of cognitive-behavioral therapy.

In particular, the importance of emotions and language has been claimed. The combination of the cognitive-behavioral model with the theory of relational frameworks and meditation through mindfulness, among other techniques, has promoted the emergence of third generation therapies , which are currently being solidified as the future of psychotherapy.