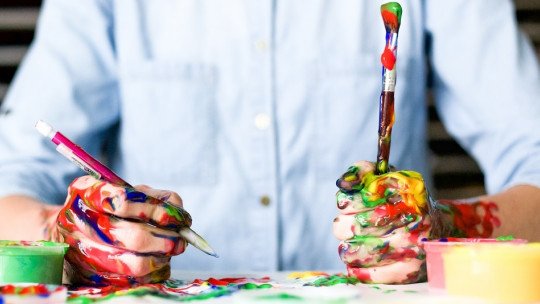 Personality is the general pattern of behavior, perception and thought that each of us has, being our individual configuration unique and distinctive in comparison to that of others. However, the actual traits that make up this personality are more or less the same, although we possess them to a different degree within a continuum.

The great differences between one and the other mean that attempts have been made to integrate knowledge regarding personality into different currents of thought, generating different models of personality, some of which have a specific objective. An example of this is Holland’s typological model , which proposes a series of basic personality patterns which are mainly employed in the field of vocational guidance.

Holland’s typological model is a proposal for a personality model that arises from the author’s intention to generate an explanatory theory regarding the choice of a professional occupation, linking different characteristics and features to the correct performance and taste for certain tasks and work environments. For the author, we tend to want to find a high level of congruence between our personality and the type of task we perform .

For Holland, the choice of a career or profession will depend on the development of the set of elements and traits that make up the personality, being more competent and feeling more satisfaction in their work depending on the harmony between their personality and the type of task they perform.

With the aim of contributing to help in vocational orientation the author generated a hexagonal model with six main personality types, which he links to certain types of environments and interests. This does not mean that we cannot perform a task that does not correspond to our personality type, simply that starting from the fact that we are looking for a job where we can develop our main skills we will tend to look for and feel more comfortable in certain areas. We would try to find jobs for which we could feel a vocation , even though we may end up carrying out tasks that do not correspond to it.

The relationship between profession and personality is two-way: it is not only that certain professions require certain skills and ways of doing things, but also that the type of task attracts people with a particular personality. The result is that a large number of professionals in a given sector often have relatively similar personality characteristics if they are carrying out such work by vocation rather than by necessity.

The attachment to a certain personality type or the choice of one career or another is neither better nor worse, all being equally positive and necessary. It should also be taken into account that it is difficult for a person to be fully reflected by a single personality type : we all have different traits that make us complex beings and that can make us fit into different profiles. In these cases the professional choice may seem more complicated, although generally some characteristics or interests prevail over others.

As we have said, Holland’s model establishes, depending on the predominant characteristics of each individual, the belonging or possession of one of the six personality types which facilitate the orientation towards certain types of professions . The six types are the following.

Realistic personality refers to that pattern of behavior and thinking that tends to see the world as an objective and concrete whole. They take the world as it comes. They tend to be realistic, dynamic, material and although they are not asocial, contact with others is not the most important thing for them. They also tend to be patient and constant.

These types of personalities tend to feel more comfortable performing direct jobs with strong practical components and that require a certain amount of motor skills and systematic use of elements . They tend to stand out in the use of mechanical instruments and with the need for manual precision. Fields such as agriculture and stockbreeding, architecture or engineering would be suitable for this type of personality.

This type of personality tends more towards observation and analysis of the world, often in an abstract way and trying to make associations and find relationships between the phenomena that occur in it. These are curious, analytical personalities, with a tendency to introspection and the use of reason over emotion. They are not particularly sociable and tend to have a rather theoretical approach to the world , not so interested in practice.

This personality corresponds to mainly research-based tasks. Physics, chemistry, economics or biology are some of the areas in which this type of personality is most often observed.

The most remarkable aspect of people with this type of personality is the need or desire to help others through dealing with them, and their high need for human interaction . They are usually very empathic and idealistic people, highly communicative and have a certain facility or taste for relationships and cooperation.

The type of tasks in which this type of personality is usually found are all those that involve direct contact with other people and in which this interaction has as an objective the idea of giving support to the other. Psychologists, doctors, nurses, teachers or social workers usually have characteristics of this type of personality. More mechanical tasks are not usually to their liking.

Creativity and the use of materials in search of expression are some of the main elements that characterize the artistic personality. It is not uncommon for people to be impulsive, idealistic and highly emotional and intuitive . Aesthetics and being able to project their feelings to the world is important to them, and they are usually independent people. Although they also try to see the world from an abstract point of view, they tend to focus more on the emotion and tend to dislike the merely intellectual, possessing the need to elaborate and create.

Painters, sculptors or musicians are some of the professionals who tend to this type of personality. Also dancers and actors, writers and journalists.

Persuasiveness and communication skills are typical aspects of an entrepreneurial personality. A certain level of dominance and pursuit of achievement and power are common in this type of person, as well as courage and risk-taking. Generally, they are people with social and highly extraverted skills , with leadership capacity and a high level of energy.

This is a type of personality that is characterized by a taste for order without the need for major changes in it. Nor do they require a great deal of social contact at work. They tend to be highly organized, orderly, disciplined and formal people. A certain tendency towards conformity is not rare, given that they identify with the already established organisation . They tend to be agile and logical.

Within this type of personality we find people with a vocation for aspects such as accounting, office work, secretarial work, librarians… in general with a tendency to seek order.

Holland’s typological model, despite having limitations and having been criticised for numerous reasons (for example, it does not allow us to predict whether within the same type of occupational environment one position or another may be more recommendable and it should also be noted that there will be people whose characteristics overlap with more than one of the types), continues to be one of the most relevant in professional orientation today .

The test that Holland created on the basis of this model, the Vocational Preferences Inventory, is widely known and has also served as the basis for the creation of other questionnaires and models that offer a better approach to the relationship between personality characteristics and suitability for certain professional fields.