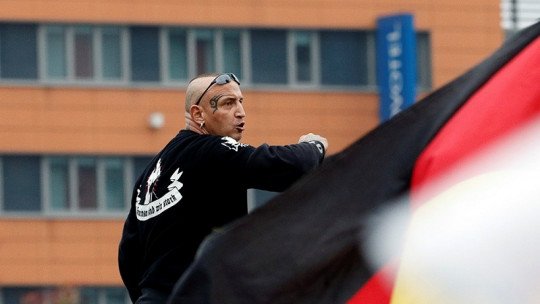 By definition, hooligans (ultras, barrabravas, etc.) are people who show aggressive behaviour at football events. Over the last few decades, social psychologists and sociologists have paid attention to this phenomenon which had its peak in the 1980s in Europe, but which today remains at the centre of controversy due to frequent altercations, such as those which occurred just a few weeks ago between radical fans of Deportivo de la Coruña and Atlético de Madrid .

On this occasion, a person lost his life when he was thrown into the river after a massive fight. These violent encounters between groups of hooligans have resulted in numerous deaths and tragedies throughout the history of football. One of the most notorious occurred in 1985 at the Heysel stadium (Brussels) where 39 people died while the European Cup final was being played between Liverpool and Juventus . Since 2004, the level of violence perpetrated by these groups seems to have decreased somewhat, but it has not completely disappeared.

Police units specializing in these issues and collaboration between security forces at the international level have made it difficult for these violent groups to organize. However, street clashes after the games are still frequent.

Fan violence has affected other sports as well, but “hooliganism” has traditionally been associated with football as it is the most popular sport in the world. Ángel Gómez , professor of Psychology at the UNED, states that “in Spain, between 1975 and 1985 there were 6,011 violent acts related to sports, 90% of which were directly related to football” .

The term “hooligan” was born in England in the 1960s and seems to come from a song from 1899 inspired by Patrick O’Hoolinhan , an Irish janitor (security) and thief who lived in London. He and his family were famous for their frequent fights. According to reports from the London Metropolitan Police, O’Hoolinhan was the leader of a youth gang. The young people who belonged to his gang were named ” hooleys “ (in Irish it means wild ).

After its beginnings in England, the rise of hooliganism took place in the 1980s due to the public notoriety that hooligans achieved in different European countries, as well as their high level of colour in the animation of sporting events and the violence that they generated inside and outside the stadiums. Depending on the group and country of residence, there seem to be certain differences between these groups. For example, in Spain and Italy they usually share the club’s colours with the political ideology (fascism or left-wing radicalism). However, in England, many groups are apolitical.

It should be noted that political ideology is only in the display of symbols, since these groups do not seek social change, it is a symbolic ideology that is part of its playful component. Another example of the differences between these groups of radicals is the “Zulus”. The “hooligan firm” associated with the Birmingham City team , is one of the most heterogeneous groups of English ultras. A multitude of different ethnic groups coexist among its members, something that is not usual among hooligans.

These groups offer their members the possibility of accessing a role : that of ultras or hooligans. The young hooligan finds in the group an identity already predisposed with a set of norms, values, sensations, beliefs , reasons and models of action. Through a process of “culturalization” and assimilation of the role, the member of a group makes his own the images and rules of conduct through which he can be confirmed by the others and approved by the group.

It may seem that his actions are a spontaneous manifestation of exaltation of the team’s colors but they are, in fact, the result of meticulous organization and many hours of work. Ultras groups are organizations. As such they are financed in different ways (sale of merchandising , magazines, etc.) and require organizational work that the leader and the ultras with responsibilities carry out during the week.

The violence of hooligans and its recreational component

One of the characteristics of the behaviour of hooligans that has most attracted the attention of sociologists and social psychologists is the playful violence used by these groups. The truth is that football is transformed into a set of rituals, chants, symbols and expressions that define the radical fan. In the stadium, emotion is far from rationality, football is a complex ritual that includes two parallel worlds: one on the field and the other in the stands. When fans gather to go to the stadium, they do so en masse. Then a series of intra- and inter-group processes begin.

The actors produce behaviours about their identity or passion for the team, conflicts with the hooligans of the rival team are produced, self-assertion (that of the group) is sought and a self-image is built that is recognisable by the “others”, who are denigrated. The fans perceive bad intention in every action of their opponents (or rival fans), even when it does not exist. They react with hatred and anger because they consider themselves innocent victims of the unjust referee or the intimidating police.

This violence is aimed at maintaining the internal cohesion of the group itself or . Hooligans function as closed social systems and have to displace aggressiveness towards other social groups. The mechanisms involved in this type of tribal violence have been analysed by Tajfel and Turner’s Theory of Social Identity . It is a violence that is born from the group and that has as its purpose the reinforcement of the group. The presence of another group is the trigger of a self-regulation mechanism that tries to reduce internal differences by reinforcing the internal norm of uniformity. This is an apparently gratuitous violence that has no other objective than to humiliate the opposite in order to proclaim the superiority of the group itself.

Marsh, Rosser and Harré in “The rules of Disorder” (1978) call this phenomenon “ritualized aggression”. For these authors, the apparently disordered confrontations between fans are in fact orderly confrontations and not exclusively real violence. María Teresa Adán Revilla, researcher at the University of Salamanca and expert in violence in football, states:

“Two rival groups of fans exchange insults until, for each side, an individual steps forward, facing each other in the open space between the two sides. There they exchange further insults and make threatening gestures, until one of them loses his ground and withdraws. The result of a successful ‘fight’ is the retreat of the enemy and the increase in reputation of the protagonist of the side that has forced the other to retreat” .

Ritualized aggression is symbolic because it involves the deployment of weapons, but not their use. It is about humiliating and strengthening the submission of your opponents, but not hurting them physically. However, the ritual can be interrupted to make way for real violence. This happens when a member of one of the groups accidentally violates the unspoken rules of the ritual or when an external factor intervenes, such as the police.

Most of the “aggressions” carried out by hooligans, therefore, do not have an ideological origin, but a recreational one. Their purpose is to create a climate of fun and celebration, to break the monotony of life and to access intense emotions.

A hooligan is a person who enjoys himself noisily, makes a fuss or causes a scandal in public places and, in general, acts with disregard for others. What characterizes the thug and, therefore, differentiates him from the typical delinquent who acts with utilitarian motives, is the use of violence with a recreational purpose. Elias and Dunning, in their article ” Sport and Leisure in the Process of Civilization “ (1992) believe that the conduct of hooligans is better understood as a search for excitement in a society that is not at all exciting. Social repression of emotions would be an essential part of the civilization process.

Playful emotion has increased in importance in recent decades as a compensation for the rigid social control of emotional expression. Emotional expressions are allowed in sports, shows, parties and, in general, in leisure time events. A society has been created that has imposed the emotional brake and, in the words of Elias and Dunning, “Communities have been built that are capable of satisfying all material needs, stable and safe. Communities where daily work is often repetitive and where everything is intended to be planned, so that the stimulating appearance of the new and surprising is unlikely”.

The sociologist Pilz points out that this is a favourable context for the emergence of compensatory phenomena such as the love of risky sports , the exciting nature of a large part of current film production (thrillers, films on violence, sex and disasters), the sensationalist bias of the media, the success of celebrity magazines and the rise of morbid reality television shows.

The psychologist John Kerr , tries to explain the hooligan phenomenon through Apter’s inversion theory (1982, 1989) which focuses on the phenomenological analysis of human motivations and emotions. This theory focuses on three concepts: meta-motivational states, the hedonic tone and protective frameworks.

Motivations of the hooligan

Meta-motivational states are those basic transitory mental states that underlie a specific motivation. There are four pairs of meta-motivational states, warlike/paratelic, negativism/conformity, dominance/understanding, autolic/alloic, which coexist separately within a bistable system, such as the switch from on to off in an appliance, on and off.

In the warlike state, we tend to act in a serious and planned way, while in the paratelic state, which is more common in the hooligan, we tend to behave in a spontaneous and playful way, being oriented towards the present. Another meta-motivational state that predominates in the hooligan is that of negativism, which is defined as resistance or rebellion against established norms. At any given time, the influence of various factors, such as the incidence of an unexpected event, can induce us to make an inversion, and to move from one state to another.

The concept of hedonic tone refers to the degree to which a person feels that he or she is aroused at any given time. The higher or lower level of arousal that a person experiences can elicit very different emotions depending on the meta-motivational state he or she is in. In the paratelic state, a high arousal produces an arousal that leads to pleasant feelings (i.e., high hedonic tone) while a low arousal generates boredom and unpleasant feelings (low hedonic tone). In the warlike state, emotional reactions change: high arousal causes anxiety and displeasure, low arousal produces relaxation and pleasant feelings.

Studies using the Warfare Dominance Scale, such as Murgatroyd’s (1978), which measures the meta-motivational state that prevails in an individual, have shown that people with paratelic dominance are more likely to participate in risky situations. According to Kerr, there is empirical evidence that associates the behaviour of the offender and the hooligan with a paratelic orientation.

Finally, the concept of protective frame refers to the fact that negative emotions (anxiety, anger or fear) can be interpreted positively and experienced as pleasant if they occur in the paratelic state. This seems to explain why some people enjoy a horror movie while sitting in an armchair where they feel safe or are able to throw themselves away because they are well equipped.