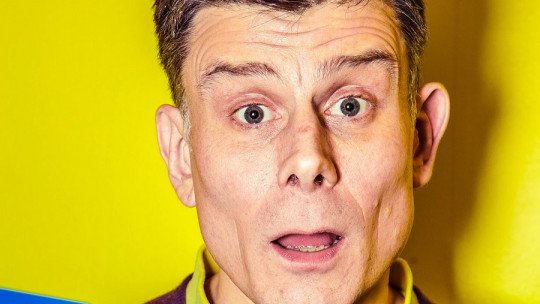 There are as many phobias as there are objects or situations in the world… which means that there are an infinite number of disparate, particular and even “rare” phobias that most of us have never heard of. In this article we bring you one of them: Hormophobia .

It is the phobia of experiencing a very strong emotion, a shock, a very extreme fright or a deep state of shock, which in turn, can be caused by a myriad of factors. So, let’s see what this phobia consists of, what are its particularities, its symptoms, causes and possible treatments to apply.

The word hormephobia comes from the Greek terms “ormao”, which means “to excite”, and “phobia”, which means “fear”. Thus, it is translated as phobia of different stimuli, such as a state of shock, commotions, impressions , shocks and frights.

It is also related to the fear of strong emotions or anything that can “turn us on” too much. It is therefore a specific phobia and therefore an anxiety disorder, classified as such in the reference manual DSM-5 (Statistical Manual of Mental Disorders).

Its origin can be related to the deepest fear of losing control or of mentally collapsing until one loses one’s temper.

Thus, it is a curious phobia, because it relates to different states of the same “spectrum”. All of them, however, have to do with the fact of suffering some kind of very emotionally charged event.

From this phobia we highlight the particularity of its phobic object/stimulus since, as we have seen, it can be quite different in nature (although everyone shares the fact that it can cause a strong, usually negative, emotion). So, can emotions be feared? As hormophobia shows, and although it sounds a bit strange, yes.

Thus, there are people who would feel a real panic at the possibility of experiencing strong emotions , whether through a traumatic event, an extreme situation, a shock, a blow, a fright, a surprise, a collision… the possibilities are infinite, so during the treatment of hormephobia (and as we shall see later), it will be of vital importance to specify the phobic object well.

There will be patients who are afraid of “everything” (understanding “everything” as any event or object that can provoke a strong emotion), and others who are only afraid of shocks, for example, and logically the treatment in each case will be different .

Amaxophobia is the phobia of driving; so, does the hormaphobia have any relation to this other phobia? It could be, since in both there can be a fear of suffering a crash, for example while driving.

In other words, both could appear in a comorbid form, although they should be treated independently (bearing in mind, however, that they can coexist).

Like any specific phobia, hormephobia has a number of different clinical manifestations. Let’s see what the symptoms of hormephobia are .

Remember that phobias are characterized mainly by a fear that has three particularities: it is an intense fear, irrational (usually the patient himself recognizes that his phobia is irrational) and disproportionate (although under “normal” conditions the phobic stimulus can cause fear, the symptoms it causes exceed those expected by the nature of the stimulus).

Fear is an altered reaction of the organism to the possibility of suffering harm ; fears are frequent and “normal”, and most of them are evolutionary (they have allowed us to adapt to the environment and survive). However, when this reaction is disproportionate and irrational and also interferes with our daily life, we speak of a phobia, as is the case with hormephobia.

Beyond the fear of suffering a shock, a strong emotion, a trauma or a fright, other associated symptoms appear in hormephobia, triggered by this intense fear. These symptoms are psychophysiological, that is, they include two aspects: the psychological part (the pisque) of the person and the physiological part (physical) .

Examples of these symptoms are: nausea, dizziness, choking sensation, tachycardia, sweating, tension, pressure on the chest, migraines, panic attacks… In the case of hormephobia, all these symptoms are triggered by the possibility of being in contact with the phobic stimulus, that is, by the possibility of experiencing a state of shock, of suffering a strong concussion, etc.

They can also appear in the mere imagination of one of these situations.

To be able to diagnose a specific phobia, it is necessary that the above symptoms cause significant discomfort in the patient and/or interference in his/her day-to-day life on a work, academic, personal, social level …

The most likely cause of hormephobia is having previously suffered a state of shock or great shock from a certain life event. The fact of having experienced such a situation can cause a strong fear of experiencing it again , which ends up causing the hormephobia.

So, the main cause is a traumatic event, as is the case with most phobias. In addition, we must take into account that we are dealing with a very particular phobia, since the phobic object of the hormaphobia itself can already be a traumatic situation, which is not the case with most other phobias (for example, being afraid of clowns, of costumes, of heights…).

In the psychological field, as with all specific phobias, the treatment of hormophobia is based on two major therapeutic options: exposure therapy and cognitive-behavioral therapy .

In this case, the patient with hormephobia will be exposed to the phobic stimulus gradually, through a hierarchy of items.

First of all, it is necessary to identify very well (specify it very specifically) what it is that causes the patient fear; whether it is the possibility of suffering a blow, a concussion, a state of shock… and according to that, to elaborate the hierarchy. In the first items you should place items that cause little anxiety , so that you progressively incorporate more and more intense items into the scale.

In the case of cognitive-behavioral therapy, its aim is to replace the negative, irrational and catastrophic thoughts associated with phobic stimuli , such as: “I will lose control”, “I will hurt myself”, “I will have a terrible time”, “I will go crazy”, “I will not know how to react”, etc., with other more functional, adaptive and realistic thoughts.