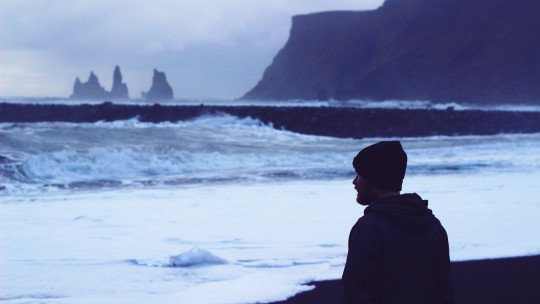 Borderline personality disorder is a common illness. It is a mental health disorder that impacts the way you think and feel about yourself and others, causing problems with inserting yourself normally into daily life.

2% of the Spanish population suffers from this type of disorder. Almost 75% of people diagnosed with this disorder are women, but recent research suggests that the percentage of men affected may be equal to that of women.
These people show many difficulties in regulating their emotions and impulses . These difficulties in regulating emotions cause changes in mood, in self-image, a lot of instability and problems in interpersonal relationships.

With borderline personality disorder you have a deep fear of abandonment or instability, and you may have a conflict in tolerating being alone.

Borderline personality disorder commonly begins in adolescence . The disorder appears to be worse in early adulthood and may improve with age.

The causes are not yet fully understood, but they are most likely a mixture of genetic, family, social, and life-stressing factors.

No specific gene has been shown to cause the disorder. But this type of disorder has been shown to be about five times more common among people who have a first-degree relative with BPD (borderline personality disorder).

Those who suffer traumatic events in their lives, such as physical or sexual mistreatment or abuse in the childhood stage or neglect, are more likely to develop the disorder.

The functional form of the brain is different in people with borderline personality disorder , which means that there is a different neurological basis for some symptoms. Specifically, the parts of the brain that control emotions and decision-making.

Symptoms of borderline personality disorder may include

How do I know if I have borderline personality disorder?

There is no medical test to diagnose TLP, it is not based on a single symptom . It is important that it be diagnosed by an experienced mental health professional. Once the professional has conducted an in-depth interview and discussion of the symptoms, he or she will determine if it corresponds to this diagnosis, or to another one.

The psychologist may also ask questions about the patient’s and family’s symptoms and medical history, including any history of mental illness. This information can help the mental health professional decide on the best treatment.

In addition, a complete and thorough medical examination can also help rule out other possible causes of the symptoms.

A typical and comprehensive treatment plan would include; psychotherapy, medication and family support.

It is the fundamental pillar for the treatment . In addition to dialectical behaviour therapy, which was created specifically for the treatment of borderline personality disorder, there are other types of psychotherapy that are effective (cognitive behavioural therapy and mentalisation-based therapy).

There are no specific drugs for borderline personality disorder. But they do treat the symptoms of anger, depression and anxiety with other types of medication. This medication may include mood stabilizers, antipsychotics, antidepressants and anxiolytics .

As a last option if psychological therapy and medication are not sufficient, hospitalization of the person would be important and recommended. A hospital can provide a safe environment for a person with BPD who is self-injuring or has suicidal thoughts.

If you have borderline personality disorder, don’t give up . Many people with this disorder get better over time with treatment and learn to regulate their emotions by leading a more fulfilling life.