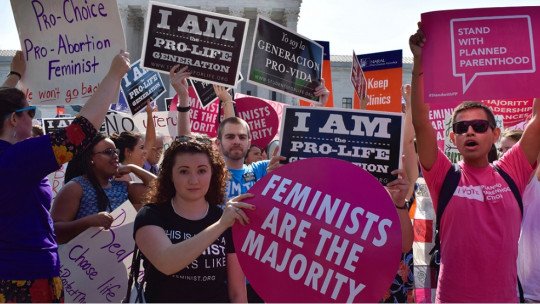 Throughout history, we have seen how the prevailing ideology in different cultures, societies and eras has varied greatly. However, we know that most people have beliefs that tend to be in line with those of the majority. The great ideological changes have been driven by ideas that have emerged from a few people and over time have been accepted by many other citizens.

Although initially the great discoveries and advances were seen with fear or even disgust, in the end many of them have achieved social acceptance and have become the norm. Examples of this can be found in the belief in equality of race, creed, sex and sexual orientation, or the consideration that the Earth was round and not the center of the Universe. These changes are due to the fact that someone thought about and defended ideas that were not shared by the majority until they finally spread through the population. We are talking about the expansion of ideas .

What does an idea need to expand?

The expansion of ideas that begin by being supported by very few people to eventually become the majority current of thought is largely linked to the influence of minorities.

Generally, the majority of the population tends to seek out and maintain criteria and beliefs in line with what society and the community usually dictates. The attachment to such beliefs is relatively simple, taking into account that the environment and the sense of belonging facilitate the absorption of the majority ideas by the population.

But minority or innovative ideas do not have it so easy to make their way , especially when there is already a pre-existing vision of the same subject followed by a majority.

For a minority idea to eventually expand, it is usually first necessary for the idea in question to be perceived as consistent. That is, although it may differ over time, these differences follow an identifiable baseline that does not change.

The aim is to maintain coherence, both on an intrapersonal and interpersonal level (that is, that the basic idea is the same for the person himself over time and that it is also the same for the different people who defend it). This coherence must be maintained even in spite of the existence of pressures (whether explicit or implicit) or social disapproval of the majority, which nevertheless ends up focusing on such persistence.

Another element to take into account is the fact that the expansion of ideas is not only among people who belong to the same minority group, but also that they reach and are accepted by some exponents of the majority. This is important so that other people who are part of the same ideological current will look at the new idea as something that has been accepted by someone who belongs to the same group with which they identify. They would thus serve as an example for the expansion of the idea in question.

The process of ideological contagion

The minority idea is not immediately accepted: the majority at first ignores it or even despises it . But little by little it becomes known, its consistency over time, and some people become sympathetic to the ideology in question. Little by little, some of the members of the majority come to consider the idea as something positive, and in some cases they come to share it.

In turn, such “conversion” is perceived by the rest of the majority group as something viable and it begins to be seen that the idea is not only of “the different”, but something that can be embraced by others. And as it is shared more and more, it ends up reaching a significant number of the population, which in turn will generate more and more social acceptance. In the end, the idea that was initially considered strange may become the majority one.

It is considered that there is a turning point from which an idea that is in principle a minority becomes observed and expands at great speed. Some studies identify this point when the idea or ideology in question expands until it reaches around 10% of a population . Although until then the idea has been expanding, it is from this point onwards that it begins to have a great social impact and reaches levels of expansion that can make it the majority.

Clear examples of the expansion of ideas can be seen in the introduction to this article. The rights of blacks, women and homosexuals were aspects that in their beginnings were considered aberrant and ridiculous, and yet today (although there are still some social sectors that oppose them) they are elements that are integrated or in the process of integration in most of society.

For example, two centuries ago to think that a woman could vote, that blacks had the same rights as whites, or that someone who was sexually inclined towards people of the same sex deserved and could love whomever they wanted was unthinkable, but today what is strange to most is the opposite.

Many scientific advances, such as surgeries involving the opening up of the body and the manipulation of internal organs (something that was unthinkable and criminalised in other times), the importance of hygiene or much more recent elements such as stem cell research have also undergone changes of this type. Even cultures and religions (for example, Christianity was persecuted for centuries by the Roman Empire until it became the predominant religion of that empire) have developed in the same way. Social movements, such as that of the recent Arab spring , have also followed the same principle.

However, the truth is that good and positive ideas for the human being in general have not always been spread. Ideologies such as Nazism or fascism in general have also emerged and expanded in the same way.