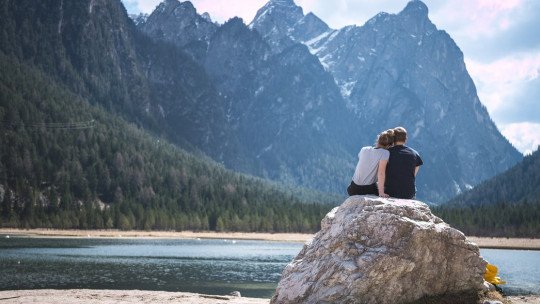 The couple’s therapy is one of the most useful offers of psychological intervention.

Unlike other forms of psychotherapy, it is not necessary to have received a diagnosis of mental disorder in order to have recourse to it, because the nucleus in which couples’ therapy acts is not the individual, but the relationship.

Sometimes couples need to go to the psychologist

However, this advantage is, at the same time, a small disadvantage. The fact that relationships are so variable and that various points of view coexist in them means that the problems in them are not perceived in the same way.

Part of these inconsistencies are partly why it is worth asking the following question: how do you know when it is time to go to couples therapy?

The time when it pays to go to couples therapy

Here are some tips on when to go to couples therapy.

1. When the relationship is affected by communication failures

Many relationship problems are based on something as simple and as complicated as communication problems . Attending couples’ therapy sessions can serve to introduce new relationship dynamics into our lives in which the direct and honest expression of each person’s point of view has a reserved space.

During the same therapy sessions, in fact, there will be the first important exchanges of impressions that were not being made before.

2. When you go through a specific crisis

If it is very clear that the problems experienced in the relationship are due to a more or less serious crisis that has to do with a specific event, such as a job layoff or the death of a loved one, couples therapy can be very useful in making sure that this painful experience does not also extend to the private sphere of the relationship.

3. When there are problems in intimate relationships

The time to attend couples therapy is also the time when there is little harmony in intimate relationships and in the expression of affectivity . This involves a great variety of situations and goes beyond the realm of sexuality.

Things as simple as touching, quiet eye contact, or hugging can be a rare commodity in some relationships, and it can be difficult to “break the ice” to begin incorporating these types of behaviors into the relationship.

4. When there is indecision about future plans

If discrepancies and conflicts are perceived in this second aspect , couples therapy can offer a space in which each part of the relationship will find new tools to express expectations that they didn’t know how to express before, and also the adequate context to establish an honest conversation about what each one wants to find in the relationship.

5. When children disturb the peace of the home too much

When not to attend couples therapy

There are certain situations in which the problems in the relationship are so serious that one should not consider going to therapy, and the clearest is that situation where there is domestic violence and threats.

In situations like these it is very important that the abused party immediately breaks off the relationship and takes all necessary steps to be safe.