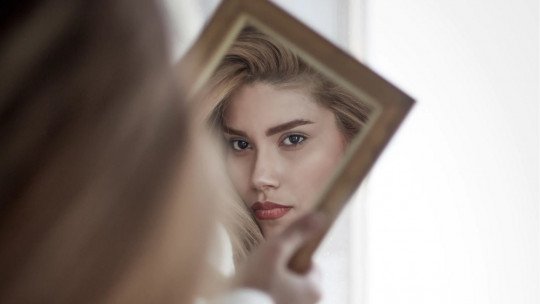 Do people change during their lives? This is possibly one of the oldest and most debated questions in society in general, as well as in philosophy and psychology.

Although personality has traditionally been considered a rigid, stable and hardly alterable construct, a number of studies reveal that this is not entirely true. Below we analyze the details of this study and the possible causes that influence the changes in personality .

How is personality defined?

Personality is a basic construct within the field of psychology, so that over the years of study of it, a large number of definitions have been developed. Nevertheless, most of them have a series of common points that can help us understand what this concept is about.

Broadly speaking, the concept of personality can be summarized as the combination of thoughts, emotions and feelings that define a particular person . That are stable over time and do not vary from one situation to another.

The personality traits of each person can be seen reflected in the acts and behaviors of this person, being coherent through the situations and independent to the contexts that the subject experiences or lives. Hence, personality is what makes a person unique.

These personality traits referred to are those contained in the Big Five model, which is the most widely accepted model today. According to the model, there are five big dimensions that constitute the basis of our personality . These are:

Of course, these dimensions are not the same for all people, but their scores can vary greatly from one subject to another . Hence, each individual personality is the product of infinite combinations of these traits.

In the same way, although personality remains stable throughout situations, this does not imply that the person will always behave in the same way, but rather that personality governs the way we perceive reality and interact with it, creating a series of complex and relatively flexible tendencies and patterns.

This flexibility is explained by the fact that the person needs to adapt to the environment. This does not mean that we stop being ourselves, but that our personality has the capacity to fluctuate throughout the different periods of our life.

The main theories also agree that the personality accompanies the person from the very moment of birth, possessing a series of characteristics of its own that will be modified and changed in interaction with its context and the person’s life experiences, being, moreover, essential for the development of the person’s social skills and, consequently, for the integration of the person into society.

Can personality change over the course of a lifetime?

The question of whether our personality can change more or less radically throughout our lives is a constant throughout the history of psychology. Therefore, it is logical to think that after all these debates and investigations, psychology would have a definitive answer, but this remains an unknown quantity in constant investigation.

The main reason why it is so extremely difficult to solve, lies in the challenge for scientific studies to rigorously follow the subjects throughout their lives.

However, several teams of scientists have managed to carry out extensive monitoring of the participants, establishing a series of conclusions that contradict the archaic statement of psychologist and philosopher William James, according to which the personality of each individual was unable to experience significant psychological changes from 30 years of age , at least with regard to our personality.

In this research, led by psychologist Eileen Graham, the results of 14 previously published longitudinal studies were compared and combined. Together, data from approximately 50,000 participants from different states in the United States and Europe were obtained.

After a thorough review, the findings confirm, and even expand, the knowledge that currently exists. Establishing that personality traits tend to alter and change over time and, moreover, in more or less predictable ways.

For the study, Graham and his team looked for long-term studies related to health and aging in which data had been collected on at least one of the five personality traits characteristic of the Big Five, mentioned above, on at least three different occasions in the participant’s life .

It is necessary to specify that there was a bias in the included studies to assess people at older ages, but this helps to counteract existing studies on lifetime personality change, which have been biased towards younger participants.

Combining the results of the evaluated studies revealed that four of the five personality dimensions showed statistically significant changes , on average, over the life span of the individuals. The only exception was the “Kindness” dimension, which on the whole seemed to remain relatively stable.

As for the rest of the traits, they tended to change by about 1 or 2 percent for each decade. Participants became approximately more emotionally stable, less outgoing, less open, less orderly and less self-disciplined.

These results coincide with certain personality theories that hypothesize that people of advanced age tend to experience changes in their personality in response to a decrease in responsibilities .

If we focus on the results in samples of younger participants, the results also provided evidence that the traits of “responsibility”, “extraversion” and “openness to experience” suffered an increase in the score during early maturity.

This fact is consistent with another theory known as the “maturity principle” , which states that personality tends to improve throughout life as we adapt to the growing challenges of work and family responsibilities.

Finally, the study reveals that, although there is a relatively constant pattern in personality changes, there is great individual variability in these patterns. According to Graham and his collaborators this means that not all people change at the same rate or in the same direction.

Why did we change?

As noted above, personality is a relatively flexible construct that can be affected by events that happen to us throughout our lives. Social pressures, a change in our vital role or biological changes can influence our emotional state, our way of being and, of course, our personality.

A very frequent example is that which happens in people who have suffered very serious or traumatic losses who refer to “not being the same” after that stressful event.