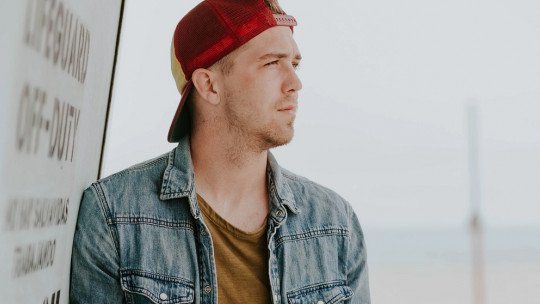 Originally, the terms &amp;quot;obsession&amp;quot; and &amp;quot;compulsion&amp;quot; were defined in Latin as “being surrounded, besieged, blocked” and “being forced to do something you don’t want to do”, respectively.

More currently, the description that in psychology is applied to obsessive personality refers to a way of being centered in perfectionism and rigidity in cognitive reasoning from which the individual cannot escape; as well as a functioning based on extreme order, frequent doubts and a significant slowness in the accomplishment of any task (Rojas, 2001).

Following the findings that behavioural psychology and cognitive psychology have been able to make in recent decades in the experimental field, obsessive-compulsive individuals appear to have the following common features : a great anxious interference that makes it difficult for them to conclude an action already initiated and a type of distortion at a cognitive level based on thoughts of a dichotomous type (from which they categorize ideas in an absolutist, extreme and unqualified way, of the &amp;quot;all or nothing&amp;quot;).

This leads them to have little tolerance for their own and others’ mistakes, and to generate a large volume of obligations and strict rules on how things (and the people around them) should be in general. But this is only a sample of to what extent the obsessive-compulsive personality has its own characteristics . Let’s see what they are.

The nature of obsessive-compulsive personality

Obsessive-compulsive personalities tend to focus their attention on very specific and delimited areas of interest , showing little ability for creative thinking and severe difficulties in dealing with unstructured situations, such as those of a social nature. They are characterized by high fears of making mistakes or not knowing how to act, so they show great interest and relevance towards insignificant details.

The DSM-V (APA, 2014) defines obsessive-compulsive personality disorder as a dominant pattern of preoccupation with speech, perfectionism and mind control , at the expense of flexibility, openness and efficiency, which begins in early adulthood and is present in a variety of personal contexts. This profile is characterized by the presence of at least four of the following aspects:

The causal origin of the obsessive-compulsive personality also seems to be explained, as in most constructs in the field of psychology, by the interaction between the hereditary component and the nature of the environment where the individual develops.

Thus, many studies corroborate how the presence of a certain hereditary load in the subject is what predisposes him to this way of being determined , to which the environmental factor is added, which is defined above all by highly rigid and normative contexts. More specifically, research carried out with samples of subjects with homozygous and dizygous twins indicate a significantly higher percentage of obsessive-compulsive symptoms in the first group, with 57% and 22% respectively (van Grootheest et al., 2005).

On the other hand, in a 2011 meta-analysis study, Taylor and her team found that 37-41% of the variance in obsessive-compulsive symptomatology was explained by additive hereditary factors, while non-shared environmental variables would explain 50-52% of the variance. Thus, the etiological hypothesis suggests that it is the interaction of both factors that causes this type of psychopathological manifestations.

One of the authors who has made the most contributions to the study and nature of the obsession-compulsion construct is Paul Salkovskis, who proposed one of the reference explanatory models on the origin and maintenance of OCD in 1985, which has been reformulated and completed on the basis of more recent research.

Such a model clearly exposes how the interaction between exposure to early environmental experiences increases the individual’s internal predisposition to develop this type of personal profile. Thus, the individual is generating a system of thought and global and internal beliefs about the sense of personal responsibility and moral values, and a high activation of attention to potentially aversive stimuli, mainly.

These beliefs are finally externalized in the form of obsessive ideas due to the presence of external triggering stimuli, both internal (such as memories) and external (such as listening to a news item on the radio).

This combination of elements gives rise to two new phenomena: firstly, an increase in attention to such a trigger and in the frequency of execution of behavioural actions to alleviate the worry and discomfort generated by the obsessive idea (such as compulsive rituals or avoidance and/or reassurance behaviours) and, secondly, a feedback of interpretation and distorted cognitive reasoning by which such obsessive ideas are given a very high relevance.

Finally, all this leads to an increase in emotional discomfort, guilt, irritation, anxiety, worry or sadness . This consequence will serve as a basis for reinforcing the initial belief system and further enhancing the attentional activation of the subject, causing a greater occurrence of future obsessive ideas when faced with the appearance of a new trigger stimulus. In short, the person is trapped in a maladaptive circle where, far from moving the discomfort away, he or she manages to feed it and increase it by the value of truthfulness that the person gives to the obsession and also to the compulsion as a phenomenon that relieves the discomfort.

Some studies such as Shin’s meta-analysis in 2014 have observed a series of deficits in cognitive processes in people with obsessive-compulsive functioning, especially in visuospatial memory capacity in the face of complex tasks or stimuli, in executive functions, in verbal memory or verbal fluency.

From these findings, it has been concluded that people with OCD profile show significant difficulties in the organization and integration of the information received from their own experiences. In other words, it seems that the subject presents a “lack of confidence” in his memory, which is both a cause and a consequence of carrying out the checks repeatedly.

Salkovskis et al. (2016) corroborate what the previous author advocates, adding in a recent study that they can also be attributed with a lack of confidence in the outcome of their decisions, which motivates the verification, which is linked to a deficit in explicit memory to remember the threatening stimuli.

Factors contributing to their development

In Rojas (2001), a series of elements are presented that are incorporated during the development of the obsessive-compulsive personality in the individual, motivating in this the acquisition of such a cognitive and behavioral profile in a global and permanent way:

1. A rigid child development environment with many inflexible rules

These can lead to the learning of excessively meticulous behaviour and a dogmatic belief system about responsibility , a dynamic of frequent concern about potential experiences of danger or harm and a great involvement in the negative interpretation given to intrusive thoughts in general.

This causes them to develop behavioural patterns that are not very interactive and tend towards social isolation.

3. A restricted and limited affectivity

They present the belief that they need to control and take too much care of the way they relate to the environment , being these interactions unnatural and spontaneous. They understand interpersonal relationships in a hierarchical way, conceptualizing them in categories of inferiority or superiority, instead of seeing them as symmetric or equal.

Illogical, absurd, irrational obsessive ideas are central, even though the person tries unsuccessfully to fight them, since he or she is capable of noticing the nonsense they entail. Such thoughts are characterised by being frequent, intense, lasting and disturbing and generate great emotional distress.

5. An external and unstable control locus

From this, the person concludes that his or her own actions have no involvement in the events that occurred, being the result of chance, the decisions of others or fate. Thus, superstition becomes the method of interpretation of the situational signs to which the individual is exposed, leading him to perform a behavioural ritual (the compulsion) that serves as a relief from such anxious discomfort.

Therefore, they are constantly looking for those anticipatory signals that keep them in tension, alert and hypervigilant in order to “prepare” for what may happen to them.

All this causes an increase and feedback of anxiety , which becomes the phenomenon underlying this type of personality profile. Finally, in the constant imagination of potentially frightening, dangerous or harmful situations, the tolerance to uncertainty they present is extremely low.