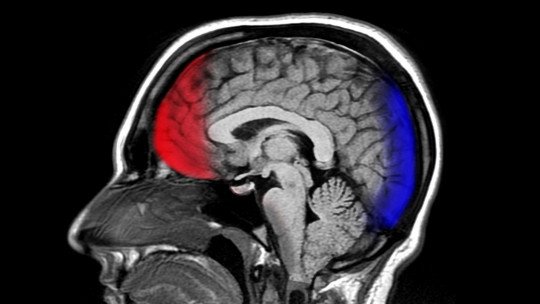 As Mercedes Sánchez, co-author of the book “El español en la red” points out, the Internet and mobile phones have helped people write more than ever before. This democratization of writing on the Internet is largely due to the irruption of social networks and instant messaging services, which are increasingly part of our daily lives.

Just to give you an example, messages sent through WhatsApp messaging services and Facebook Messenger reach an average of 60 billion per day. This amount is equivalent to 8 messages per day on average per inhabitant of the earth, although this average will vary by country, taking into account the literacy rate and Internet penetration. This fact is a giant change in our communication patterns and together with the use of social networks, are affecting how we use language, developing new neural connections and changing learning patterns.

Social networks: can they alter our brain?

One of these changes comes from the use of so-called emoticons that add up detractors and defenders alike. On the one hand, it is feared that the use of these “graphic messages” will impoverish written language by using fewer words. However, this is supported by its defenders who see it as an evolution of language, claiming that it is used as a mere back-up to express more feelings in less space and time.

The use of icons is a result of the boom in written communication on the Internet. This new way of transmitting information has meant that we need elements that allow us to replace the gestures or tone of voice that are present in oral communication.

A new language, a new communication

Positive or negative , the influence of emojis is a fact, since according to some studies suggest they have the same effect as that of a real face , making our brain translate that non-verbal information into emotions. Thus, the impact of a negative message with “emojis” is less than one without them, which makes it more understandable.

On the other hand, the growing use of social networks, of which 1and1 gives us a summary of the most used, also brings about alterations in our brain. Scientific studies have shown that greater use of these networks leads to a greater capacity to perform several tasks at once and to search for information on specific issues. However, we lose the analytical capacity to decide on the quality of this information and to know if the sources are reliable. In addition, social networks also contribute to reduced concentration and increased difficulty in reading and writing long texts.

Transformations have also been detected in certain neurotransmitters (molecules that carry out the transmission of information from one neuron to another neuron, muscle cell or gland). This could lead to more individualistic and introverted behaviour, a greater need to buy and invest, and a greater influence of family and partners.

Other aspects refer to health itself, as different health experts point out, since the uncontrolled use of social networks can trigger psychiatric disorders such as different addictions, in addition to increasing the probability of suffering inflammatory or hearing diseases.

There is no doubt that the great speed with which new technologies are bursting into almost every field of our lives is transforming our society and ourselves as a race by leaps and bounds. Whether we are moving in the right direction or not, time will tell, but if anything defines human beings it is their insatiable thirst to advance and evolve, if we reject progress we reject ourselves.