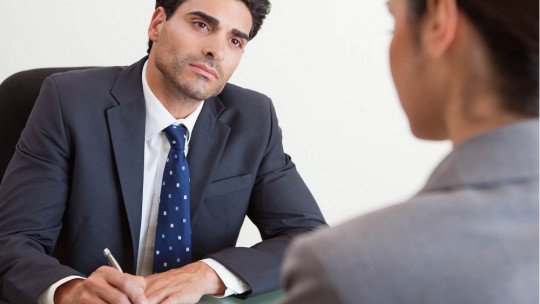 If you’ve been on the job long enough to feel valued, you’ve probably considered asking for a raise. Life is getting more and more expensive and with fixed expenses, there’s little left to give you a treat. Money is one of the greatest sources of motivation at work, so something else at the end of the month would not be enough.

In this article we give you some tips on how to ask for a pay raise at work and not fail to do so.

How to ask for a raise

If you have considered asking for a raise, there are a number of situations that are conducive to doing so and others that are not. For example, it’s not a good idea to propose to your boss that he change your salary for the better when the company is going through a bad phase and is cutting back on staff to avoid expenses.

So, when is it better to ask for an economic improvement? To find out the answer to this question, pay attention to the following points:

1. Find out the average salary of your job

If you already have an idea of what is earned in your sector and specifically in your job, you can omit this point. However, if you are not clear, you can do some research to find out if you are earning less than you should.

If you ask your co-workers directly, they may not tell you, so you can use the internet and find out what the average salary is for the job you do. Obviously, every situation is different , so after knowing this data, you should evaluate how valuable you are within the company, your studies, the years you have been in the company, etc. and make an overall assessment of what you perceive.

You need to find out how the company is doing too. Whether you’re having a good time or not. If your company is in good financial health and the sector in which it operates is in a good moment, you have a better chance of getting a salary increase. However, in order to win over your boss you have to present facts and evidence, so that he sees that the money he invests in you is profitable.

You should be cautious about asking for a salary increase, because you should avoid it in cases where the organization is in economic trouble or there is uncertainty in the sector. It can also be important to know if there are other members of the company who have had their salary increased. After investigating, if the conditions are favourable, go ahead . Perhaps this is the time to earn yourself a monetary incentive.

4. Do you have a better offer?

Without a doubt, the best strategy to get a pay raise is if your superior values you and the other companies in the sector do too. You may be lucky enough that there are other companies that have taken an interest in your services and want you to work with them. If you have already met with another company and they want to hire you, and you wouldn’t mind leaving where you are now, you can tell your boss about the situation and renegotiate the contract you have at your job. Maybe you can get an extra…

5. Decide what you will do if it goes wrong

Before you go into your superior’s office to ask for a raise, think carefully about what you are going to do if their answer is no. If you do what is explained in the previous point, you must be clear that not only must you have another company in mind as a form of blackmail, but you must also be clear that you will leave the company if your salary is not increased. If you say you have been offered another position and then it is not true, the move may go wrong.

6. Ask for an interview with your superior

Asking for a raise must be something well thought out and planned. It’s not about going straight into the boss’s office and presenting the situation as it is. You also shouldn’t bring up your ideas when you meet him in the hallway. Make an appointment with him and plan well what you are going to tell him .

7. Use the appropriate words

Asking for a pay raise can be a bit of an awkward situation and therefore it is important how you present the situation. Ideally, you should not only explain what you contribute, but also highlight the achievements of the company . For example: “I realise that the economic situation of the company is improving. Our department has been working hard and my latest performance evaluations have been exceptional. I wonder if a 5 per cent increase in my salary would be possible”

It’s okay to use the right words, but it’s also important to be careful how you say them. You must stay calm and be as objective as possible. Your speech should be based on facts and evidence. If you ask for a raise, justify it and show that you deserve it.

If you ask for an affair, it’s because you think you deserve it, so be clear about what you’re asking for. If you think you’ve done enough merit to receive a certain amount, state it. Now, be realistic . If your boss argues that the economy is not there to make more expenses, maybe you can get other benefits: further training, a better schedule or an internal promotion.

Asking for a raise can be a tricky situation, so you need to be very clear about how you do it. That’s why you should evaluate if you really charge below the average for your sector and job and if the company can afford to increase your monthly salary because it has a healthy economy.

If you think there’s a chance that you’ll get a pay rise, choose the right moment, be very clear about what you’re asking for and state the reasons why you should be paid more. Don’t forget that, if the economic situation doesn’t allow it, you can get other benefits such as a better schedule.