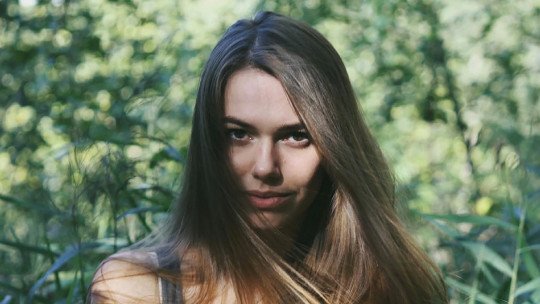 Human beings tend to experience what surrounds us as if it were a story .

Beyond the knowledge that describes things, as encyclopedias and manuals do, we like to see things interpreted as if they were stories: not something fixed and immobile, but something fluid and in movement. Our own identity, without going any further, is a set of memories about ourselves that we are unconsciously encouraging to give it a narrative form: from the past to the future.

That’s why we also experience emotions as if they were narrative arcs. In this article we will see how to close an emotional cycle and, in that way, be able to turn the page and give dynamism to our psychological development, avoiding stagnation.

What is closing an emotional cycle?

By closing emotional cycles we understand the fact of assigning a meaning of completion to a stage of our life. That is, to feel that it has had a beginning, a development and an outcome. However, beyond this simple definition, there is an emotional factor linked to the feeling of personal development. It is not the same to feel that a stage in our lives has ended, as it is to feel that it has ended and also to realise that this has made us better .

It is fundamental that when closing emotional cycles there is reason to believe in this evolution and sense of improvement. Otherwise, it is very likely that a fear of falling into the same mistakes as before will appear, since nothing has been learned from them.

The desire for completion

If we aspire to close emotional cycles by giving meaning to a past stage, it is because in general we do not like to coexist with the tension generated by the idea that there are things pending in our lives .

This phenomenon is called the Zeigarnik effect, and it tells us that we pay more attention to those things that we feel are not over. If what we are trying to do is to overcome a phase of life that has been tinged by sadness and general emotional pain, obsessions with the feeling of not moving forward can make us feel stuck.

This creates a paradox: there is a desire to finish that stage, but as time goes by less and less is created in that output . That is why closing the emotional cycle is important so as not to fall into self-fulfilling prophecy (pessimism reduces our chances of moving forward).

How to emotionally end stages of our lives

To move on to another chapter in your life, follow these helpful guidelines in ending an emotional cycle.

1. Think about what the beginning of the cycle was

Having a clear picture of when the emotional cycle started helps to identify what can lead to closing it . For example, the appearance of a problem (the illness of a relative, a dismissal from work, etc.).

2. Reflect on how you felt

We must go beyond the simple description of objective facts. Stop and think about what your emotional reaction was in this first phase of the cycle, both in its positive and negative aspects .

3. Remember how you tried to move forward

At this point, remember what initiatives you took to move the situation forward, both in terms of objective criteria and those that have to do with your feelings.

4. Don’t leave out your mistakes

Mistakes and failures are inherent in life, and keeping them out of our memories doesn’t help if we want to make them meaningful to us . In short, we have to learn from them in order to be able to notice that the most significant events of this stage led us to a final stage in which we closed the cycle.

5. Think about the direction that can lead you to close the cycle

With the things you have in mind after having gone through the previous steps, it is already possible to see a tendency that can lead you to close the cycle in the most positive and constructive way possible.

Just as a series of points can make us estimate a trend or direction if we put them together, by recapitulating what we’ve been through, it’s easy to see which completion solutions are more realistic and which are not.

In particular, it is important to bear in mind the latter: the reasonableness and realism of the solution we come up with. In the imagination all ideas seem equally achievable, but in practice we know that their application to reality creates inequalities between these options.

6. Go to the call to action

It is very complicated to close an emotional cycle simply through introspection. Therefore, make your exit from this phase into an action or a series of actions , so that you can give it a solidity or physical structure that shows your progress. In this way, you will be showing yourself that the person who entered this emotional cycle is not exactly the same as the one who left it.