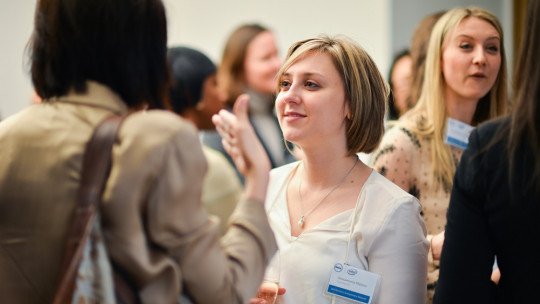 Having the ability to create good conversations is possibly one of those easy-to-train skills that serve us best throughout our lives.

Being the human being a social animal, the difference between being a conversationalist capable of generating interest and not being so is capable of opening many doors for us. After all, the way in which other people value us depends more on the idea we want to transmit, on how we transmit it. Charisma and the capacity to connect emotionally with other people are extremely valuable resources.

So… how to converse well, making our interventions heard with attention because of the emotional impact they produce? Below you will find some basic tips to achieve this.

To give value to your way of participating in conversations, practically all you have to do is to make the content clear and coherent, and express it in a way that catches the attention of the listener . Let’s see how to do it.

The beginning of a conversation is the moment when we decide, to a large extent, the probabilities that the other person will be interested in what we say. That’s why you have to make what you say catch the eye from the beginning, and to do that it’s good to start with a short narrative , even if it’s so simple and short that it doesn’t seem like it.

For example, if you want to talk about what you do professionally, instead of reproducing a list of tasks you do, explain in 10 or 20 seconds how the idea of working there came about and how that profession is useful or fits in with the goals you had in the beginning.

2. Take into account the cultural level of the other person

When you talk to someone, you should always take into account what their cultural background is, as well as their type of training.

The simple fact of making a reference to something unknown to the listener during the course of an explanation may be enough for this person to disconnect and want to end the dialogue, since this implies that the time spent listening to you may be useless if the message is not understood at the end . After all, whoever assumes that the other person knows such an artist or philosopher will possibly make that mistake more than once in the next few minutes; why continue to listen to him and risk losing the thread altogether?

Of course, it is not always possible to know from the first moment what the cultural background of the other person is, and so in these cases it is best to play it safe and use references to people or elements of everyday life.

This resource is one of the most useful when it comes to keeping our interlocutor interested in what we say throughout relatively long explanations or with a certain level of complexity. The trick is, fundamentally, to express what we want to convey using metaphors and analogies in general based on something that everyone knows: pieces of general culture.

This type of comparison serves to move from more or less abstract explanations to images with a powerful expressive capacity . Thus, just by mentioning them, they already transmit a lot of emotionally charged information.

For example, if you want to express that someone you know lives to satisfy others and does not spend time on himself, you can say that he behaves like a hero with a cape and sword. This is an image that in itself already conveys an attitude and philosophy of life that would otherwise take longer to explain, so you can use this comparison to lighten the content in parts that might be too long.

To be able to converse well, we must give our words the value they deserve, and to do this we must take advantage of the expressive depth that the pauses give us.

Once we have managed to attract the person’s attention to a specific topic, silences are another resource to keep this interest, because the simple fact of waiting to see what we will say next makes the feeling of listening to something important intensify . This is due to a phenomenon known as cognitive dissonance: if we do not want to recognize an uncomfortable idea, we make our interpretation of reality fit with another idea that cancels the previous one: “I am not waiting for anything, the subject causes me real interest”.

In addition, there is another reason why it is good to play the game of pauses: they make the interlocutors try, almost involuntarily, to “fill in” the blank with their imagination, choosing what they would say next, or what words they would use. In a way, silences are questions, and of course, a question cries out to be answered.

We must avoid falling into the trap of thinking that speaking in a correct way is to do it as quickly as possible . In any case, small moments of silence make the other person enter into the game of “thinking together” with us to create meaning through dialogue, since the pauses give the opportunity to try to anticipate what is going to be said.

5. Adopt the perspective of the listener

To have a good conversation you don’t have to recite a monologue. A catchy intervention is one that offers the possibility of satiating at least part of our curiosity, and a good way to do this is to adopt the perspective of the listener, raising aloud reactions or doubts that the other person might have when listening to what you are saying, and giving them an answer.

In this way, you will not just convey your point of view, but show how different ideas collide with each other and produce conclusions . Of course, listeners don’t have to agree with the way you “self-respond” but at least this way they can see that you have a broad knowledge of the topic and that you have taken into account different interpretations. On the other hand, putting yourself in the shoes of a fictional person also helps to give a more emotional and human touch to the conversation, something that always helps to show that what is happening in the dialogue is not something removed from real life.

6. Pay attention to the non-verbal language of others

When you are speaking, most of your attention should be directed to what you are communicating. However, it is good that you pay attention to the way other people react through their gestures. In this way you can adapt what you do to the way others react . In a conversation, there is nothing worse than a person who completely ignores the way the listeners feel.