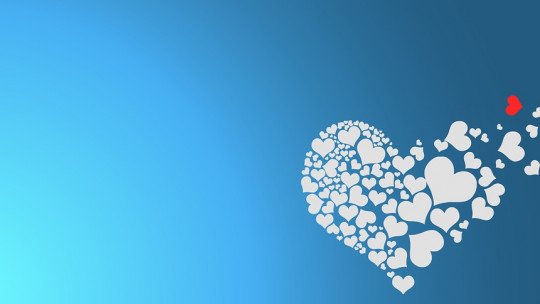 Relationships, if mismanaged, can become completely absorbing. This, which is already problematic if there is affection and love within the couple, is further complicated if, it is a toxic relationship in which the negativity of the other person becomes part of our life, as if it were contagious and did not allow us to enjoy anything.

In cases where our partner’s bitterness threatens to settle permanently in our heads, it is normal to think about ending the relationship. However… how do you cut in a way that minimizes the damage? Moving from words to actions is not easy, especially if we have become accustomed to the habits associated with living with that person.

Below are some guidelines to better understand how to go through this process with a constructive philosophy.

What to do to cut off a toxic relationship

When going through that point of no return where we communicate to the other person our decision to end the relationship, help yourself with these guidelines:

1. Think about the nature of the toxic relationship

There are toxic relationships in which our dignity is violated, and others in which we simply receive the collateral damage of the suffering and negativity of the couple, who at no time attack, humiliate or threaten us. Taking this into account is of the utmost importance, since the way in which we will face the break-up depends entirely on it. If the first case occurs, the unilaterality has to be very marked, and you should be able to start behaving like a single person from the moment you decide to break up, literally.

If the other person has never had bad intentions, it is advisable to go through a brief intermediate phase of mutual support and communication , as we will see.

2. The decisive moment of cutting

To know how to communicate your decision, look at a specific day and time, and make sure that at that time you will be sitting down, with no things to do in another room or place. It’s a good idea to prepare a small semi-script that, instead of containing what you have to say literally, simply has a few short phrases referring to the structure of the content you want to convey (phrases that make sense to you and that you won’t say as they are).

When it comes to saying it, don’t focus on a particular point, focus on what you’re saying and nothing else. If you feel very nervous, imagine that you are rehearsing and that everything is a stage. The important thing is not to make the moment dramatic, nor to make it one of the most significant moments of your life (even if it is for the worse) by worrying about all the details: this would make your nerves and ramblings shoot up. The priority is to communicate well what you want to say, and not to give rise to ambiguity.

After communicating your decision, you can offer support to the other person, but always making it clear that you have no reason to change your mind.

It’s good to keep yourself in a certain state of alertness to complaints that can be interpreted as attempts at emotional blackmail , something that the other person can use even half-consciously because of how badly they feel and the despair they experience. This is a phase that no one likes, but it is necessary to go through.

However, if there was abuse in the relationship, don’t give it a chance to be manipulated. It is easy for the vulnerable situations you have gone through before to unconsciously place you in a role of certain obedience.

In the event that the toxic relationship has been of the “benevolent” type and not abusive, it is good to leave the ex-partner with some indications about where to find help. However, it should be clarified that you disassociate yourself from responsibilities in this sense, among other things because otherwise you could be feeding a relationship based on dependency . The other person must gain autonomy and learn to live in a more positive way, but without you.

From this point on, technically and in practice, you have already cut, so what we have to do is, precisely, act accordingly. It is highly recommended that you stop having contact with your ex-partner for at least several months. If you don’t, it is very easy to get into a situation of emotional blackmail that catches you both in a vicious circle again.

If necessary, force yourself to do things you don’t want to do as long as you keep your head busy and especially socialize, whether with new people or old friends. The point is to remember what life was like before you were in the previous relationship.