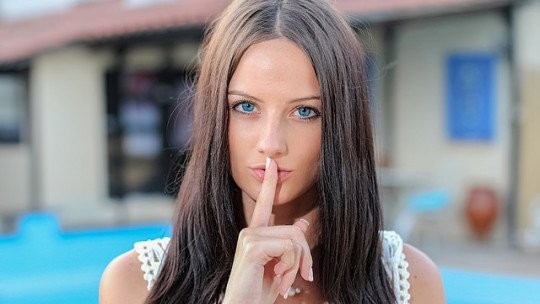 It happens all the time.

How many times have we not heard on the news: a seemingly normal man, who had a good reputation and who had never aroused suspicion, is one day brought before the court to testify to a series of crimes that not even his closest friends would suspect him of committing. Someone totally integrated in the community becomes, overnight, a criminal .

This kind of thing can lead to a rather macabre question:

Would I be able to recognize a psychopath?

Although psychopaths don’t have to commit criminal acts or crimes, it’s true that, due to their characteristics, they are capable of breaking the rules of coexistence just as someone who is isolated, desperate and without resources would do. However, psychopaths do have social resources: they are charismatic and know how to make a good impression. That’s why, many times, identifying a psychopath who is about to commit an illegal act is complicated.

So, is it possible to identify psychopaths?Of course, “from the saying to the doing there is a stretch” and that is that, regardless of the characteristics listed in the diagnostic manuals or the number of experts who claim that the unequivocal features of psychopathy are “X” or “Y”, the truth is that every psychopath has a different way of functioning in society . And, of course, it seems that psychopaths who are willing to commit crimes every day learn to go more unnoticed.

However, there are certain trends and patterns of behaviour that, based on the statistics, make it somewhat more possible to detect a psychopath . Here you can find 10 keys that are often useful to experts.

Psychopaths tend to lead a lifestyle based on immediacy , so they are relatively unconcerned about tomorrow compared to goals closer in time (especially if these are very primary and impulse-based). They tend to satisfy their most basic needs (hunger, sex, housing, etc.) so they do not tend to plan their future meticulously.

They may be organized to pursue an end that they consider important, but generally these goals always pursue short-term results. For example, a crime-prone psychopath might steal a fancy car to impress a girl and get her in it to sexually abuse her later.

Let’s make one thing clear: everybody lies . Some more, some less. Now, it is not the same a “little” or “white” lie to tell lies in a pathological way.

Psychopaths have a great facility for lying, and sometimes they do it to get what they want even if it means harming other people since they don’t foresee the nature of the consequences of such lies. In addition, they always tend to justify and rationalize their actions.

The classic description of psychopaths characterizes them as people who do not feel tied to “contracts” or “pacts” with the rest of humanity .

This means that they have difficulty repressing certain behaviors so as not to harm others. For this reason they have the peculiarity of being sporadic in the jobs they perform, as well as constantly moving from one residence to another. In the life history of a psychopath it’s common to find that the jobs they held were held for short periods of time.

Psychopaths usually manage in everyday life with relative adaptability because they have cleverly learned to gain the trust of others with their false charm .

These attitudes are simply stratagems used to hide their true intentions. Such is the case of John Wayne Gacy “the killer clown” in which the cops were shocked to hear the neighbors refer to Gacy as a kind and polite man. Or that successful businessman who shakes hands politely while laundering money for his company.

5. They do not establish long-term emotional ties

This point can be sensed in the previous ones. Sentimental instability is an almost unanimous characteristic in people who have been diagnosed with psychopathy.

DSM-IV states that people with antisocial personality disorder are characterized by their inability to understand the norms and rules of society, as well as a general pattern of disregard and violation of the rights of others.

Psychopaths tend to be conflictive and in their history it is not surprising to find that they have been sentenced for some crime on more than one occasion . They often get into trouble and whose punishments and consequences do not seem to matter to them at all.

Things that have to do with routine and responsibility (such as a legal and stable job, for example) are boring for them, so they prefer to lead a parasitic lifestyle . That is, living at the expense of others.

Psychopaths have an incredible almost innate capacity for persuasion and seduction, tools they often use to manipulate others to achieve their evil ends.

They do not shy away from treating others as objects that can use this charisma to get what they want, even if it means harming others. That is why they like to “relate” to submissive and dependent people in order to take advantage or abuse them.

This is probably the almost unmistakable characteristic of a psychopathic disorder in the person. Psychopaths do not have the ability to “put themselves in the other person’s shoes” , to feel what the other person feels. However, psychopaths can understand other people’s emotions, identify what physiological changes a mood entails, and even imitate it.

For example, a psychopath will know that someone smiling is likely to feel happy, or someone crying is likely to feel sad, yet these alien emotions are unintelligible to them beyond their understanding of them on a theoretical level. They cannot understand the joy or pain that the other person is experiencing.

10. They do not feel fear, guilt or shame

Psychopaths do not regret their actions, since they lack moral conscience since they live under their own scheme of values, doing what they consider necessary to satisfy their needs. However, they know how to use guilt against other “good” people and in favor of them with an impressive mastery of manipulation.

On the other hand, psychopaths often look for actions that are exciting, which is why routine tends to bore them. This leads to the search for flashy and even reckless activities, since they don’t experience fear or feel intimidated by anything or anyone.

Who do you trust?

It is currently estimated that the number of psychopaths (their prevalence) could be in the range of 1% to 3% of the total world population . However, and although only experts can diagnose and identify cases of psychopathy, there are lessons we can learn from all this. Among them is the fact that some human beings (although few in number) can go very far in harming others, and not all of us have immovable moral brakes.

Dr. Ana Beatriz Barbosa Silva, for example, recommends that when we have to decide who to trust, we should keep in mind that the coherent combination of evil actions with frequent scenic games that appeal to mercy are like “a luminous sign planted on the forehead of a person without conscience” . The combination of emotional manipulation and lack of impulse control can be very dangerous.

Despite this, of course, people with these characteristics are not necessarily serial killers and perhaps not even violent. However, they are individuals with whom it can be very difficult to form emotional ties and consolidate a healthy and symmetrical relationship in which we can trust each other with our goods, leave our children in our care, do business with them or share secrets. After all, neither all psychopaths are criminals, nor all criminals are psychopaths .