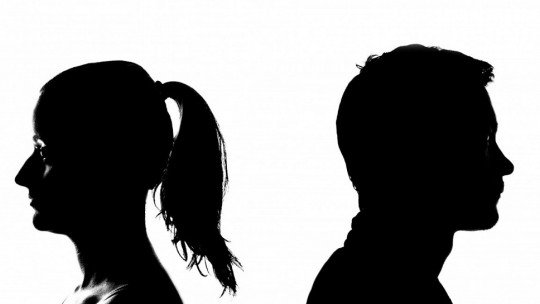 Many of the problems we humans have have to do with failures in our way of communicating. That’s why it’s important to know how to mediate a conflict ; something so simple can be applied in many situations where people in conflict have more interests in common than they think.

In this article we will see some fundamental advice to mediate conflicts, disputes and clashes that can arise at work, in the family, in the street, etc.

How to mediate a conflict in 7 steps

Follow these guidelines to best meet the challenge of mediating a conflict. Keep in mind that every case is unique, and much of your success will depend on your ability to adapt your strategy to the particular context in which you will be intervening.

1. The basics to get started

It is important that from the very beginning you follow these fundamental guidelines that you will be able to apply throughout this mediation process.

Consider what they know about you

Do the people you are mediating know you? What do they know about you and your opinions or beliefs?

If the answer to the first question is “no”, then you must introduce yourself and make clear your intentions , which are none other than to help the parties involved reach a way out of the conflict that harms them both as little as possible or even benefits them.

With regard to the second question, in the event that you are already known, you should analyse whether any of the parties involved in the dispute may suspect that because of your opinions or sympathies you are on the side of the party perceived as the enemy. In some cases, even it can be negative for someone to believe at first that you will be on their side , because soon afterwards they will be frustrated to find out that you are not necessarily on their side. Therefore, you should prove that you take the role of mediation seriously by showing that you can understand (but not necessarily share) each party’s point of view.

Be clear about your goals and acknowledge the conflict

When it comes to mediation, it is very important to be clear that we must try not to have an avoidant attitude towards this type of problem . Even if you don’t argue or attack, judge or criticize others, you must use assertiveness to show that you are someone in the same hierarchical position as the rest. You must communicate through your speech and through your non-verbal language that you know there is a conflict and that you know the people you are dealing with know it too.

This means that we should not pretend that nothing is wrong, nor adopt a condescending or exaggeratedly optimistic attitude , as if the dispute were not real.

Expresses a serious but conciliatory attitude

In general, your tone has to be serious, although not sharp, and your non-verbal language has to be open and rather relaxed, so that this attitude is contagious at least a little. Also, if you see that people who have a conflict share some of their non-verbal language that doesn’t have hostile implications , it’s good to imitate it subtly; for example, leaning forward in your chair, instead of leaning completely on the back.

2. Take some time to relax

Often it is important, first of all, to help those who are discussing to calm down. To this end, he makes it clear that this moment is dedicated precisely to that, to be silent, free from the duty to explain what is happening, until a point comes when one recovers composure enough to engage in constructive dialogue .

This, in addition to having a physiological effect on people’s condition (by making their heart rate go down a little and not being so aggressive, among other things), has the psychological power to represent the end of unbridled anger and the beginning of the fit.

3. Let them express themselves

After you have introduced yourself, if necessary, it is time for each party to say what is happening.

Your work should be fully supported by what the people who are discussing express, nothing you say should be seen as an imposition placed at the centre of the debate in an unjustified way. That is why it is important to let them express themselves, in turn, and ask them to explain what they want and what bothers them. This has to be done after everyone has agreed out loud on two rules: not to interrupt each other and not to disrespect each other.

4. Reformulate what you hear, in a constructive way

After listening to each party, you must explain in your own words what you think is the point of view of each of the parties, but stripping this content of those elements that generate confrontation , such as accusations and criticism of the other.

In this way, each will hear the other’s point of view but on more neutral and potentially reasonable terms.

5. Find a solution halfway through

It doesn’t have to be that both parties get a share of what they wanted from the beginning; it can be a totally different thing. The main thing is that none of the people involved feel humiliated or clearly lose. Make proposals, and try not to put on the table a solution that is exactly what one of the parties proposes.